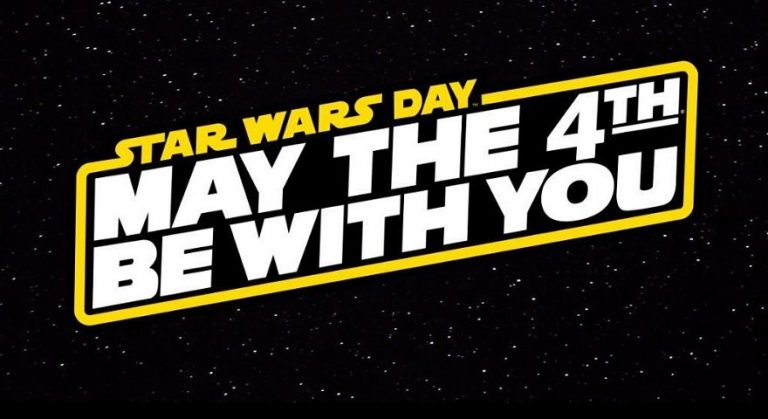 May The 4th Be With You!

Happy Star Wars day to all of those out there who love and adore the (now) Disney-owned franchise. For those of you who aren’t up-to-date with the happenings of the Star Wars-verse, since May the 4th sounds like “May the Force”, the date has become known as the International day for celebrating everything Star Wars.

Many choose to celebrate the day by simply watching the original trilogy. Others go a little deeper and watch the whole 9 episodes. Here are a few pointers for celebrating the day.

1. Pick The Best Way To Watch The Movies

If you’re not keen to sit down and watch an entire Star Wars marathon (understandable), then you should consider only watching your favourite trilogy. If we were picking, it would be the original trilogy (IV, V & VI).

If you’re more of a marathon person, other methods include: The Machete method, The Theatrical Release Order, The Time Machine Order, The Rogue One Order or The Episode Order. Please note that the article we’ve linked to was written in 2017, so you’ll need to add in Solo, Episode 8 & Episode 9.

2. Star Wars: The Rise Of Skywalker is now on Disney +

Your movie marathon will now be completely streamable as Disney are using Star Wars day to finally bring Episode 9 to the platform. We’ve only seen it in theatres, so it will definitely be worth another watch.

3. Fortnite Have Brought Back Lightsabers For The Day

During the cinematic release of The Rise of Skywalker, Fortnite brought a whole bunch of Star Wars themed content into the game. It was actually really awesome and for the brief period of time it was around, added to the fun of the Battle Royale game.

Thankfully, they have brought it back for a limited time only. So if you’re a Fortnite player, today is the day…Get in there and start swinging that Saber around.

Star Wars is so much more than just a movie universe. There is an enormous collection of stories and sagas that take place only on the written and illustrated page. These stories were once considered canon to the movies, but this is no longer the case after Disney’s acquisition of the franchise. Instead, these stories are now called “Legends”. If you’re unfamiliar, and you’re looking for something to read, you should do yourself a favour and try out some of the better works out there.