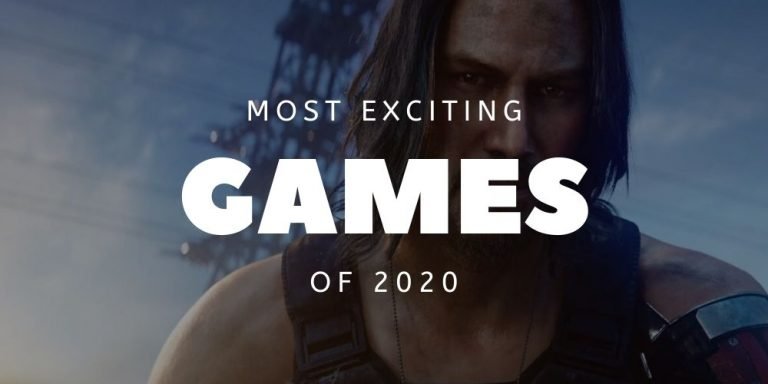 Most Exciting Games Of 2020

To make sure you keep your appetite during these gruelling months indoors, we’ve put together a list of release dates for the most exciting games of 2020. Let us know in the comments below which of these games you’re looking forward to playing.

We understand there are more releases rumoured for 2020, but for the sake of accuracy we will be focussing on titles that have confirmed dates or have been given a confirmed quarter for release.

Cyberpunk is probably THE most anticipated game of 2020. Set in dystopian Night City in the year 2077, Cyberpunk is an open-world action/adventure game. We will be playing as V, a highly-skilled mercenary seeking to acquire an item which could be the key to immortality.

A next-gen remake of 1999’s Resident Evil 3: Nemesis, this game will follow Jim Valentine and Carlos Oliveira attempted to evade the Bioweapon, Nemesis, whilst surviving a zombie apocalypse. Resident Evil 3 will also have an online multiplayer mode: Resident Evil: Resistance.

If you’re a big MCU fan, ‘Marvel’s Avengers’ could be one of the most exciting games of 2020. The story will take place 5 years after A-Day (Avengers Day). The event resulted in catastrophic damage and death, of which the Avenger’s were blamed. Subsequent events 5 years later force the team to re-assemble to take down an enemy.

Set in 1920’s Chicago, Empire of Sin is a strategy game where the end goal is to reach the top of Chicago’s mob pecking order. Players will take control of one of several bosses who have been inspired by real life mobsters during America’s prohibition era.

The Last Of Us: Part 2 is a Sony exclusive and therefore will only be available on PlayStation 4. The game will be set 5 years after the events of 2013’s, The Last Of Us. You will play from a third-person perspective in this action/adventure game. Ellie, who is now 19, will be the main player-controlled character and protagonist.

Which of these games are you most looking forward to?
Looking for more about the big world of gaming? Check out our Gaming section.