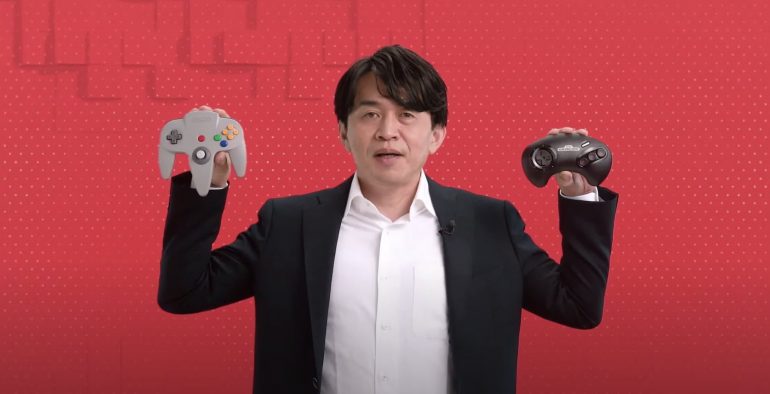 Nintendo have announced that they will be releasing some classic Nintendo 64 and Sega games on the Nintendo Switch. The announcement came at today’s Nintendo Direct, a celebration of upcoming Nintendo games and releases.

The games will be available to those with Nintendo Switch Online memberships. In addition to the playable games, Nintendo will also be releasing official controllers, mirroring the designs of both the Nintendo 64 and Sega Genesis controllers. Although, these will not feature permanently fixed cords as the originals did.

The news comes as a happy surprise for long suffering Nintendo 64 fans. In previous years, Nintendo have re-released classic versions of the NES and SNES, as well as adding them to the Nintendo Switch Online library. So far, there had been nothing on offer for the Nintendo 64. That will now change.

Perhaps the most exciting news to come from this is the addition of both local and online multiplayer for some Nintendo 64 titles. We will bring more news about which titles this will be when the information becomes available.

As for the release date and pricing, nothing has yet been confirmed. We can tell you that the update feature the games lineup will be brought to you in October. However, no news is yet available as to the pricing of the extended membership.

The games coming to Nintendo 64 are as follows:

Games announced for the SEGA Genesis classic release are as follows: