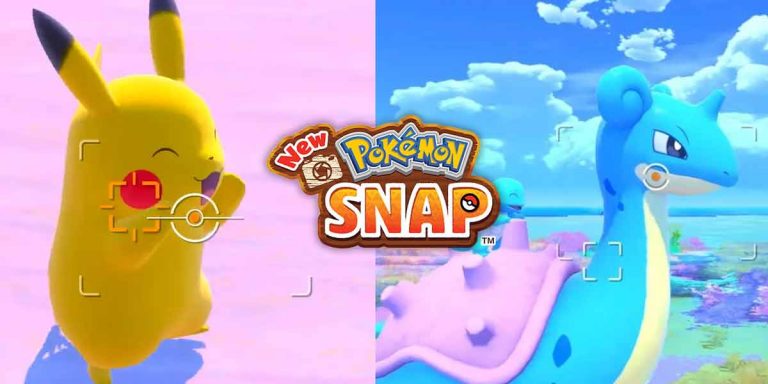 Great news today for Pokémon & Nintendo Switch fans. During its Pokémon Present’s event, The Pokémon Company has announced that ‘New Pokemon Snap’ will be coming to the Nintendo Switch. Long time Pokémon fans will be familiar with the hugely popular Pokémon Snap, which premiered on Nintendo 64 in 1999. The original game had a simple premise, you travel along a Pokémon Island and take photos of Pokémon. It’s believed the new game will follow the same concept as the original Pokémon Snap.

The 1999 version of the game was developed by HAL Laboratory, but they will not be responsible for New Pokémon Snap, which will be developed by Bandai Namco Studios.

Grab your camera, and get ready to photograph Pokémon while exploring beautiful islands on Nintendo Switch! https://t.co/7lqjl7saf0 pic.twitter.com/p6oJgmwZ8d

No release date for New Pokémon Snap has been announced, but the announcement has many fans excited

New Pokemon Snap for Nintendo Switch was a SHOCKING announcement. This would of been revealed at E3, if it was never cancelled. A new Pokemon Snap has been one of the biggest requests from Nintendo fans for GAME GENERATIONS. I hope every Pokemon makes it into New Pokemon Snap. pic.twitter.com/LOEYpPQorh

People will still defend the main series Pokemon games graphics…Pokemon Snap is what we deserved. pic.twitter.com/GBMsdnarVj

A statement from The Pokemon Company had this to say about the upcoming title,

“The New Pokémon Snap game for the Nintendo Switch system is based on its namesake, which was first released for the Nintendo 64 console in 1999. This game will take Trainers on an adventure to unknown islands overflowing with natural sights such as jungles and beaches, where they can research various Pokémon in their natural habitats. They will take photos to make their very own in-game Pokémon Photodex, all while discovering new, never-before-seen Pokémon expressions and behaviors.”