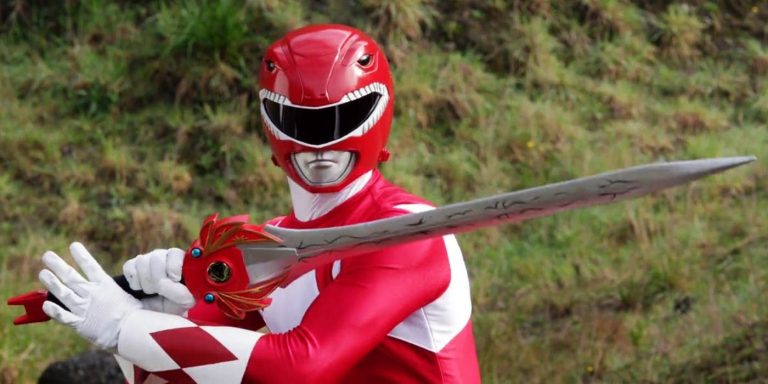 If you grew up as a child in the 90’s, there’s a solid chance that you were hardcore into Power Rangers. I’m not just talking occasionally watching. I’m talking owning the toys, owning the megazords, knowing all the characters by name. You probably still get the theme song stuck in your head every now and then. Well, the latest episode of Power Rangers Beast Morphers is likely to pluck at those nostalgia strings.

In the episode, “Grid Connection”, Jason returns to once again don the Red Ranger outfit. Of course, Jason was the original Red Ranger from the show that kick started this enormous franchise, Mighty Morphin Power Rangers. Check out the scene below where Jason once again morphs into the legendary Red Ranger.

Of course, this isn’t the first (or likely the last) time that Jason has returned to help save the day. After he left the original series of MMPR, he returned for Power Rangers Zeo as the Gold ranger.

His time as the Gold Zeo Ranger occurred while Austin St John was still very much in his heyday. Years later, he made a last second return to help an entire army of past and present Red Rangers in an episode titled, ‘Forever Red’.

The question of who the greatest ever Power Ranger was, or is, is still hotly debated online. Generally, the question is either answered with Tommy (the original Green MMPR) or Jason. Although Tommy certainly has a stronger legacy in a Power Ranger costume, Jason has always been my pick.

Who’s your favourite Power Ranger of all-time? Let us know in the comments section