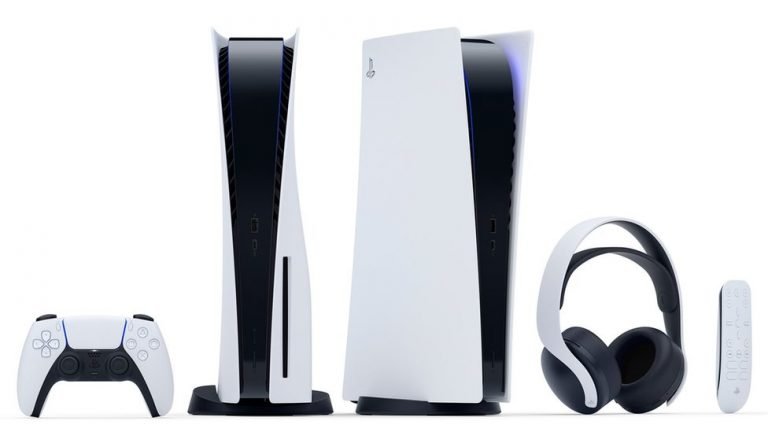 Okay, okay, I know. I’m quite late to the party with this one. Most websites have had their reviews up for weeks and….well, I’m sorry, okay? The reason we’ve been so slow on this one is actually because i’ve had my head glued to the TV playing the PS5 since it arrived. I think I may have a problem. Annnnnyway.

The dust is finally starting to settle on what was, at best, a chaotic launch period for both the PS5 and Xbox Series X. Putting to the side the quality of the machines, I think it’s fair to say that neither party nailed this launch and there have certainly been some hard lessons learned.

That was literally the first thing that came out of my mouth. I’m no stranger to game console launches. With the exception of the PS4, i’ve owned every single console that’s been released since the late 90’s. But this one just felt different.

I must admit, it took me a solid hour to actually begin playing a game as I found myself cycling through all the options and nooks on the PS5 homescreen. I’ve seen many people comment on the new “card” system that the PS5 has for it’s in-game PlayStation menu. I personally feel these complaints are wide of the mark. I’ve found the UI to be nothing but smooth throughout my many, many hours of play-time.

The setup process was easy enough. Probably took about 15 minutes. Although, this may have been longer for me as I found myself fumbling around with PlayStation login details (I’ve been an Xbox person since the PS3).

Honestly, booting up the PS5 and watching that magnificent opening sequence pop up made me feel like a kid again. Nothing really beats the experience of starting up a brand new console for the first time.

What About The Gameplay?

Okay, now let’s get into the important stuff. What were my thoughts about the PS5 gameplay? Well, I’ll try and put this as eloquently as possible…

Feel free to add your own letters there, but that’s pretty much my opinion in a nutshell.

Gameplay wise, i’ve never felt a smoother and more immersive experience in my 20+ years of playing games. The first game I chucked into the console was Assassin’s Creed Valhalla (check out the review here). Even though Ubisoft didn’t really delve into the next-gen capabilities of this game (specifically the PS5 haptics), it still looks wildly impressive playing on a big screen TV with the PS5 humming along. With the 4K resolution set and the game moving along at a brisk 60fps, the smoothness really shined through.

What left me with a greater feeling of euphoria was the fact that deep down I know AC Valhalla won’t even be close to the best PS5 offering in the early stages of the consoles life.

The battle between PS+ and Xbox Game Pass was one of the primary discussion points of the console war build up. Frankly, it was less of a battle and more of a brutal, Viking-style raid on the part of Xbox. PS+, at this point in time, simply can’t match it with the enormity of what Xbox Game Pass offers.

I will give some credit to PlayStation, as they made some considerable strides with the introduction of PS+ Collection. The PS+ Collection on PS5 has allowed gamers to play some of the PS4’s best titles, including: God of War, Fallout 4, Uncharted 4, Batman Arkham Knight, Persona 5, The Last of Us: Remastered, and more.

There have been whispers and cryptic quotes from PlayStation executives that hint at the possibility of an improved PS+ offering. If this comes to fruition, the already ugly stoush between console loyalists is likely to get even more brutal (read: sad), as PS5 fans will have the final arrow in their quiver.

I’m so glad you asked. Because it’s important to be impartial. Although, the answer is pretty dull:

Because I don’t live under a rock, I’ve certainly seen the articles popping up with users venting their frustrations over small technical issues that have arisen. These include: overheating, coil whine and some Bluray UHD reading issues.

My only experience with any of the above was the overheating. I was standing close to my PS5 yesterday and noticed it was particularly warm. After a little light reading, including some instruction articles from the PlayStation team, I came to the conclusion that my entertainment unit is probably not providing appropriate ventilation for my console (I have it sitting on it’s back due to….well, it looks better). If I were to stand it up in it’s primary position, I’m sure this issue would become obsolete.

This is more of a game developer critique, but when playing Fortnite, I’ve found the use of the Adaptive Triggers more annoying than anything else. I get that it is supposed to feel more realistic, but I’d rather they kept it up their sleeve for more advantageous uses.

Besides that, I have had almost no technical issues at all. Things have run smoothly and I haven’t experienced any crashes or glitches.

Is It Worth Buying?

While I’ve just pointed out that Xbox Game Pass is a far superior offering, you must understand that this does not in anyway diminish how fantastic the PlayStation 5 truly is. I’m not going to sit here and answer the question of PS5 vs Xbox Series X. But, if the question is:

“Should I buy a PlayStation 5”.

My answer would be an unequivocal,

The PS5 is a tremendous piece of engineering. The gameplay capabilities, alongside the Xbox Series X, are, by the largest of country miles, the best we’ve ever seen in a standalone console.

PS+ & PS+ Collection gives PS5 gamers a nice starting off point for building a gaming library. The haptic feedback in the DualSense controller is without peer. I was genuinely shocked at how incredible some of the feelings were when playing the introduction game, Astro’s Playroom.

If you’re umming and ahhing about the value of the PlayStation 5, let me put your fears to rest. It’s totally worth it.