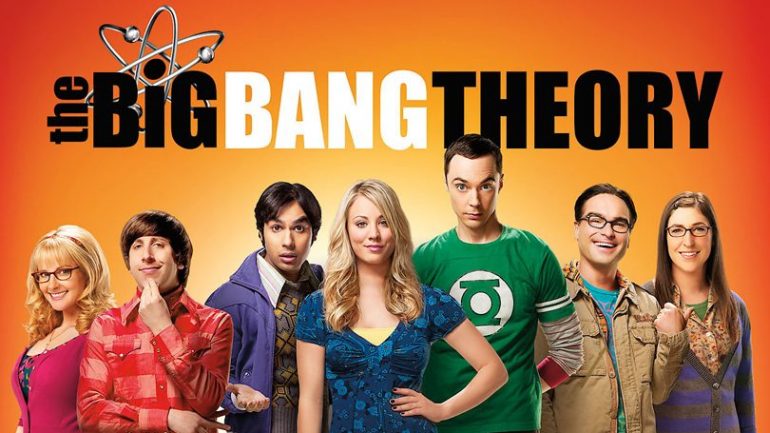 Ranking Every Character From The Big Bang Theory

The Big Bang Theory, thanks to it’s syndication deals, continues to remain a prevalent part of popular culture. The shows bright colours, nerdy aesthetic and easy to digest stories play a large part in this.

Unlike other sitcoms of a similar format, The Big Bang Theory added 2 full-time cast members 1/3 of the way through the series. These characters, Bernadette and Amy, were initially intended to only be in a couple of episodes. But they were so well received by producers and fans that they were brought on board full-time.

This article is part of a series of articles, ranking sitcoms best characters. We recently ranked every character from Friends. When you’ve read this article, that is well worth a read.

Without further adieu, here is our Ranking of Every Character From The Big Bang Theory.

Stuart was a latecomer to the central group, although, he did feature several times in the earlier seasons.

Some list’s don’t add Stuart in as he isn’t technically a member of the full-time group. However, in the final few seasons he does start becoming a much more central aspect of the groups lives. For instance, he lives with Howard’s mother for a while, before moving in with Howard, Bernadette and eventually helps to babysit their children.

Stuart finds himself at the bottom of this list, largely due to the character being written as the groups sad sake. He is regularly the butt of their jokes and uses self-depreciation a little too often. He’s a wonderful example of flanderization (as are others in this list). Stuart began the show as a reasonably charming, self-employed artist, who once dated Penny.

Bernadette is pushed down this list mostly due to the drastic change in her personality as the seasons go on. She began the show as a naive, shy and cutesy science nerd. However, Bernadette eventually became pushy, dismissive and aggressive.

To be fair, in the last couple of years, her character arc did settle somewhat and she once again became pleasant to her friends and family. But for a while there, it was pretty rough sailing.

Leonard began the show as the “straight man”. Initially, it seemed as though he would be the show’s central character. However, Jim Parson’s incredible portrayal of Sheldon Cooper quickly changed that dynamic.

In the first few seasons, Leonard’s determined campaign to win Penny’s heart clearly masked some of his more irritating traits. At first, he appeared caring and helpful towards all his friends and Penny. However, Leonard would eventually become very whiny, self-centered and manipulative.

He isn’t completely without his bright spots, but Leonard’s character certainly trends downwards as the seasons progress.

Much like Bernadette, Amy’s character growth was a rollercoaster ride. However, in Amy’s case, the ride was much more linear.

When Amy Farrah-Fowler was first introduced at the end of Season 3, her personality was light years away from what it would become. Initially, she was basically the female version of Sheldon. Smart, strong willed, obnoxious and socially-inept.

As Season 4 progressed, Amy’s initial character traits remained, however, she began to soften around the edges, especially with Penny and Bernadette.

With the exception of Howard and Sheldon, Amy probably pulls off some of the best one-liners throughout the show. She also has some killer facial expressions.

With the exception of Sheldon and Amy, Raj is generally considered the third smartest member of the group. This fact is echoed several times throughout the series by Sheldon.

Raj has a biological fear of women which renders him mute in their presence. However, a mere sip of beer, even as it touches his lips, appears to be a magic elixir that allows him to speak. Many of Raj’s more comical moments occur during these scenes.

As the seasons progress, Raj’s interests expand and he seems to be able to make a stronger connection the 3 girls than any of the other guys.

Sadly, Raj was the only character who didn’t really earn a “happy” ending when the series wrapped up.

Penny is initially the groups connection to everyone else in the world. She is worldly, street smart and fills their considerable social gaps in knowledge. Penny often takes on a more “manly” role within the group. In the earlier seasons, this was a ‘go to’ source of humour.

Penny spent the first two seasons being chased by Leonard before eventually romantically connecting with him. Penny and Leonard finished the show married and pregnant. This caused some issues for some people, as Penny had initially said she didn’t wish to have children.

In a way, Penny is very much the glue that holds the group together. Although Amy and Bernadette are connected by their relationships, without Penny, the group could rarely connect as a full 7 (or 8, with Stuart).

Sheldon is the groups smartest character, but also the most socially inept. Sheldon’s idiosyncrasies make him one of sitcom history’s most recognisable characters. He is arrogant, self-centred, ignored and obnoxious. However, he is also a loyal friend and occasional shows his humanity.

Frustratingly, Sheldon’s character was forced down the traditional sitcom character arc formula. Over time, he would become more worldly and would even begin to engage in romantic physical relationships with his girlfriend, and then wife, Amy.

Sheldon was meant to be the eccentric side character, however, his popularity pushed him forward as the show’s central character.

Howard as the #1 choice is sure to ruffle a few feathers. However, as far as we’re concerned, Howard is the one character with the two traits that allow him to sit proudly at the top of the list.

Howard’s occasional moments of ultra creepiness aside, his character grows for all the right reasons, yet he’s still able to maintain the same humour. His growth coincided with his meeting of Bernadette, with whom he would go on to marry and raise a family.