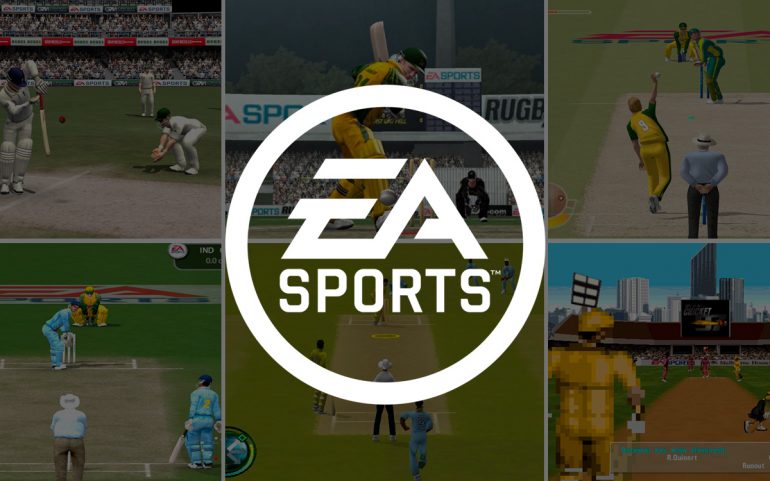 Every EA Sports Cricket Game Ranked From Worst To Best

There was once a time where EA Sports were attempting to conquer the sporting video game market. For many, this was considered the golden years of Sports gaming. EA Sports weren’t simply focused on new yearly releases of FIFA or Madden. No, EA were spread out across a huge range of different sporting codes. For those outside of America, this was a glorious time. EA were making Cricket, Rugby, Rugby League & AFL games. For many, these games are still considered some of the best from each genre.

For Cricket gamers, EA were responsible for some of the best titles in the sports history. Of course, there have been more contemporary games which have had a real crack of prying away that mantle. But for the most part, the EA Sports Cricket games have stood the test of time. Of course, not all of these games have been available on console. Many of the early games were only available on PC or DOS.

If you’re interested in reading more, you can check out our like of the Top 5 Best Cricket Games of All-Time.

In this article, we’ll be Ranking Every EA Sports Cricket Game From Worst To Best.

Cricket 96 is the only EA cricket game that I’d consider ‘bad’. It wasn’t that they completely stuffed up, it’s just a very simplistic game. Cricket 96 was built off the back of old gaming engines. The game was developed for MS-DOS, which explains why developers would have had their hands somewhat tied behind their back.

The game did not feature licensed teams of players.

Cricket 2000 was the first of the EA Sports cricket games to make its way to console. The success of Shane Warne Cricket 99 must have inspired the company to push forward with their plans for a Cricket franchise. Cricket 2000 isn’t the smoothest of games and is widely known for having difficult controls.

The PS1 graphics didn’t look nearly as smooth as the PC graphics. A common trait for games of the era. The game received mixed reviews upon its release. Cricket 2000 was mostly criticised for featuring unrealistic player movements and gameplay.

Cricket 2000 was the first of the EA Sports cricket games to offer several different modes. As the game was based off the 1999 Cricket World Cup, players were able to choose from playing a quick game, friendly, World Cup tournament, or a Super 6 comp.

Cricket 2002 picked up where Cricket 2000 left off. The gameplay, along with the graphics, haven’t aged particularly well. Although the genre made the jump from the PlayStation to the PlayStation 2, the quality of the game didn’t take a dramatic jump.

In the last few years, I’ve attempted to go back to Cricket 2002, but have struggled to maintain my enthusiasm as long as games such as Shane Warne Cricket 99 and Cricket 97.

EA brought on a brand new developer in HB Studios for the Cricket 2002 title. HB Studios would continue in this role until the EA cricket series was discontinued.

Cricket 2002 was released on PlayStation 2 and PC.

From a gameplay perspective, Cricket 2004 was a big jump forward. The bowling mechanics became easier to use and more fluid. Cricket 2004 was still nowhere near the perfect game, but it was clear to see that HB Studios and EA were making big strides forward.

Everything in Cricket 2004 became smoother than the preceding title. Additionally, the sound effects as well as player and ground likenesses all made improvements. However, the graphics still feel primitive, with IGN awarding them the worst on the PS2 (ouch).

The game featured every national team that took part in the 2003 ICC Cricket World Cup. Players were able to create and customise their own players, integrating them into whichever team they wished.

EA Sports Cricket 2004 was released on PS2 and PC.

ICC Cricket World Cup England 99 was released only on PC. It’s considered a very smooth game, and this is likely due to its PC only release.

ICC Cricket World Cup England 99 and Cricket 2000 are very similar in style and gameplay, but Cricket 2000’s existence on consoles somewhat held it back from being considered a better game.

This game is an often forgotten title in the EA series, but those who have it regard it as one of the best and most fun of the lot.

Cricket 2005 was a brilliant edition to the Cricket gaming genre. EA had delivered 4 cricket games in the 6 years prior to Cricket 2005’s release. It would be fair to say that no of them achieved the same level of quality as the 2005 edition.

The games quality shines through in the dramatic gameplay and graphics improvement. The bowling and batting mechanics became much smoother and as a result, the games replayability is high.

Cricket 2005 was the first EA Sports Cricket Game to launch on Xbox, allowing a wider community of gamers to play.

The game was released on Xbox, PS2 and PC.

Cricket 07 picked up right where Cricket 2005 left off. The game made minor improvements to both the graphics and gameplay. None of these improvements were anything major, but they still register enough to allow Cricket 07 to jump the queue. The game was released in line with the 2006/07 Ashes Series in Australia. This formula of release would became a staple for other cricketing series in the future.

Cricket 07 introduced official bat sponsors, which was a big point of interest at the time. EA Sports lost the licensing rights for most of the International teams. This is probably the games only major downside. The only teams available in full were Australia, England, South Africa and New Zealand. However, EA did allow players to modify teams from within the Team Management windows.

This was the last of the EA sports cricket titles, as EA chose to relinquish their rights after this release.

Cricket 07 reverted back to being a purely PlayStation console release. The game was also made available on PC.

It’s incredible to think that the greatest EA Sports Cricket Game of all-time was made 24 years ago. But that’s exactly the case. Cricket 97 (and Cricket 97 Ashes Tour Edition) is hands down the best cricket game that EA have ever produced. The game was only released on MS-DOS & PC, however, it consists of some of the smoothest and most agile gameplay you’ll likely encounter.

Until Big Ant Studios brought out Ashes Cricket and Cricket 19, I would have considered Cricket 97 the GOAT.

The Ashes Tour re-release featured updated tour squads for both Australia and England. Another release, one year later, added the New Zealand squad to the game.

Of course, after 24 years the graphics have certainly aged, but they still hold a certain charm. The commentary by Richie Benaud, along with the delightful hum of a stadium full of cricket fans adds a wonderful backdrop.

Cricket 97 was developed by Beam Software (now Krome Studios Melbourne) and the final game in the series to be developed by Melbourne House.