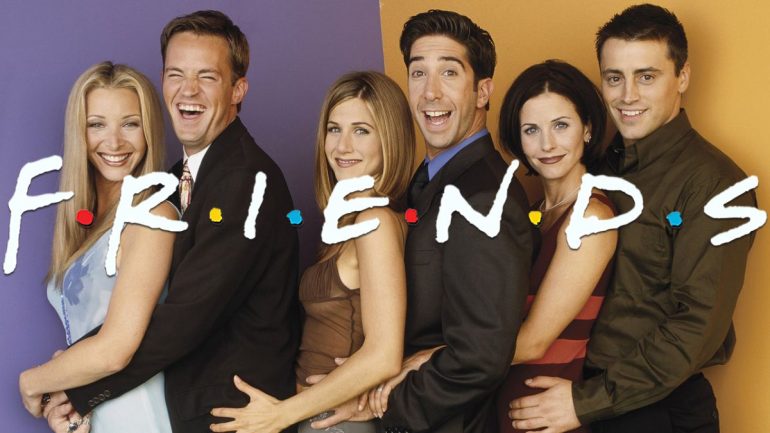 Ranking Every Friends Character From Worst To Best

Friends is one of Television’s greatest shows. The show was so successful it would encourage studios to follow similar formulas as the sitcom genre reached the start of the 21st century. Friends charm exists in it’s characters. They aren’t necessarily incredible characters on an individual level, but more in the way they gel with one another.

Friends is a show that truly makes you believe these people are really good friends. It’s a classic 90’s comfort show, and I’m certain it will continue to be a cultural staple well into the future. Friends aired on NBC between September 1994 and May 2004.

Although this article will be ranking the Friends characters, it’s important to point out that we don’t dislike ANY of them. In fact, Friends is one of the few shows in which every character is enjoyable in their own way.

In saying that, let’s dig into it Rank Every Friends Character From Worst To Best.

Ross begins the show as a voice of reason, however, he becomes more and more neurotic as the seasons continue. He has a son, Ben, who is born towards the end of the shows first season.

Ross is the brother of Monica and former college roommate of Chandler. He is a Paleontologist and works at the Natural History Museum.

Ross’s relationship with Rachel and their on-again, off-again romance is television icon. The question of whether they were, or were not, on a break, is a hotly contested topic.

From the fans point of view, Ross is probably the most divisive character in the group. Personally, I always enjoyed Ross’s character, however, some of his lesser personality traits are enough to land him at the bottom of the list.

I like Rachel Green as a character, but my main issue is she doesn’t have enough definable moments to claw her way further up the totem pole. Rachel can, of course, be funny. However, she generally plays one of the comedically straighter characters on the show.

Rachel is a fashion guru, working her way through the ranks of Ralph Lauren.

You could probably make the argument that Rachel has the strongest and most pronounced character arc. She began the show as a spoiled child, unaware of the difficulties of life. As the show progresses she turns into a strong, professional woman and eventually, a mother.

Rachel Green (or Jennifer Aniston, if you wish) became a real-life fashion icon in the 90’s. Her clothing and hair styles made their way quickly into popular culture.

Monica is the sister to Ross and, towards the end of the series, wife to Chandler. She is a top drawer, New York City Chef, and hilariously neurotic cleaner and tidier.

Monica begins the series living in her grandmother’s sublet apartment. Which is ridiculously large for a 20-something New Yorker. The apartment becomes the centrepoint of the show and a television icon.

Monica is quirky, dependable and can often come up with a doozy of a barb.

Phoebe is easily the quirkiest of the group, and probably sits just behind Chandler as the groups funniest character. Some of her greatest lines consists of some of the most random anecdotes you’ll ever hear.

Her character arc had her meet Mike (played by Paul Rudd), and they were married in season 10. Phoebe has fairly dark backstory. Her Mother committing suicide when she was a young woman, she never knew her Father and her relationship with her Sister, Ursula, is basically non-existent.

Phoebe regularly plays guitar at Central Perk and has a famously bad ear for music. However, Smelly Cat has become a cultural classic.

Joey and Chandler’s friendship is endearing, enduring and one of the shows great aspects.

The only sad part of Joey’s story is the lack of finalisation. His character was used to create a spinoff show, Joey. Ultimately, the show was unsuccessful and quickly cancelled.

As an actor, he eventually found his feat, becoming a big time soap-opera star.

For most people, the existence of Chandler at the top of Friends Character list is a no-brainer. Chandler’s charm and humour is infectious. His ability to make fun of himself is also a characteristic that can make people subconsciously warm to you.

Additionally, Chandler, for the majority of the show, is just a really good friend. Chandler takes care of Joey, both financially and morally, for the shows entire run (except when Joey has a solid job).

The running joke is that no one can ever remember Chandler’s job. This comes to a head in hilarious fashion when the boys bet the girls their apartment in Ross’ lightning round.

Later in the show’s run, Chandler and Monica begin dated. They are eventually married and become the show’s strongest couple.

However, Chandler’s lightning wit will forever be his defining characteristic.

Who is your favourite Friends character? Let us know in the comments.