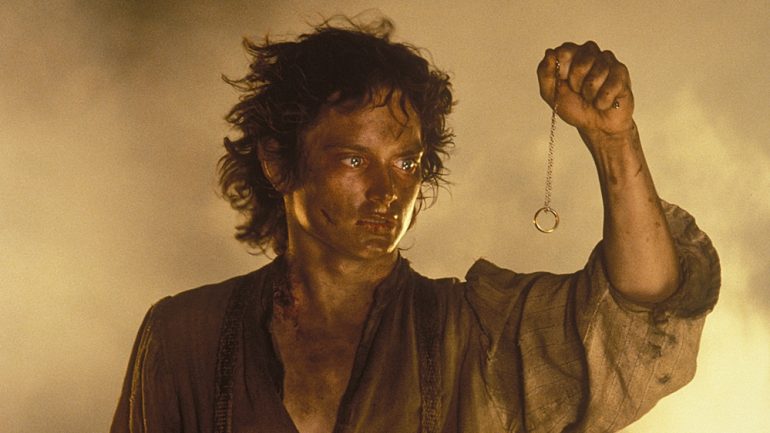 The Lord of the Rings is one of cinemas most enduring, and epic franchises. The films were, of course, born from the epic tales written by J. R. R. Tolkien from 1954 (The Fellowship of the Ring) through to 1955 (The Return of the King).

J.R.R. Tolkien is a certified literary genius. His world building skills are of the highest order. Quite possibly the greatest in all of literature. His high-fantasy series is one of the best-selling franchises ever, with The Lord of the Rings selling over 150 million copies.

Tolkien’s work was finally brought to the big screen in epic fashion, some 28 years after his death.

The enormous task of creating a visual representation of one of the most beloved stories ever was given to Peter Jackson. Jackson not only honoured Tolkien’s legacy, but built a film series that will go down in history as one of cinemas finest.

The Lord of the Rings sits in the high-fantasy genre, and provides readers/viewers with a world of incredible fantasy and edge of your seat action. However, at its core, the series presents a tale of friendship and dedication to a value. Regardless of the fictional nature of the story, The Lord of the Rings teaches us what can be achieved if we simply try.

We ranked The Lord of the Rings at #3 in our list of the Top 5 Greatest Movie Sagas & Trilogies of All-Time.

In this article, we’ll be Ranking The Lord of the Rings Trilogy Movies from worst to best.

The Two Towers was the second film in The Lord of the Rings franchise. It’s not uncommon for the second film to be the worst in any given franchise. From a story perspective, it’s the point at which the protagonists face their greatest internal or external challengers, leading (hopefully) towards an epic final conclusion.

The group is split up at the end of Fellowship of the Ring, meaning our plot in The Two Towers will be divided amongst the central characters. From a storytelling point of view, The Two Towers allowed us to dig deeper into our vast collection of protagonists, as well as opening up the story for more villainous exploration.

Although this list is ordering these films from worst to best, it’s important to note that there isn’t a bad movie in the trilogy. It’s impossible to build a future-proof trilogy with 1 miss from the lot. The Two Towers may be the worst film from The Lord of the Rings, but it’s still a fantastic movie.

The Two Towers was released in 2002, with a budget of $94 million and brought in just under $1bn. Not a bad result at all.

2. Fellowship of the Ring

Our introduction to The Lord Of The Rings was The Fellowship of the Ring. The film introduced the world of cinema to Frodo, Samwise, Merry, Pippin, Gandalf, Aragorn, Legolas, Gimli & Gollum. As a result, cinema history was made.

Fellowship of the Ring is the perfect introductory tale. The films transports our protagonists from a state of peaceful ignorance and bliss, and introduces them to a world of extraordinary evil and substance.

The Lord of the Rings: The Fellowship of the Ring, slingshotted Peter Jackson into the Directors stratosphere. Jackson was already a respected filmmaker, however, the man would now be known as one of cinemas best.

The Film grossed an incredible $897.7 million on a budget of $93 million. The Lord of the Rings: The Fellowship of the Ring has a 88% or greater rating across all reputable ratings websites.

1. Return of the King

Return of the King has some of cinemas greatest action scenes. Moreover, the films narrative creates many memorable, spine-tingling, “oh my god” moments.

The Lord of the Rings is largely the courageous tale of two young hobbits taking on an unbeatable journey. However, the films superstar, at least in this fans eyes, is Aragorn. His incredible transformation from worldly, yet largely unknown protector, to conquering hero and king, is one that makes the hairs stand on the back of your neck.

Several scenes from the film were met with standing ovations in cinemas. Memorably, Samwise carrying Frodo up the hill caused many a damp eye in movie theatres around the world.

Have a watch of that scene below.

All together, The Lord of the Rings generated $2.991 billion at the worldwide box office. Incredible.

Do you agree with this list? Let us know your order in the comments