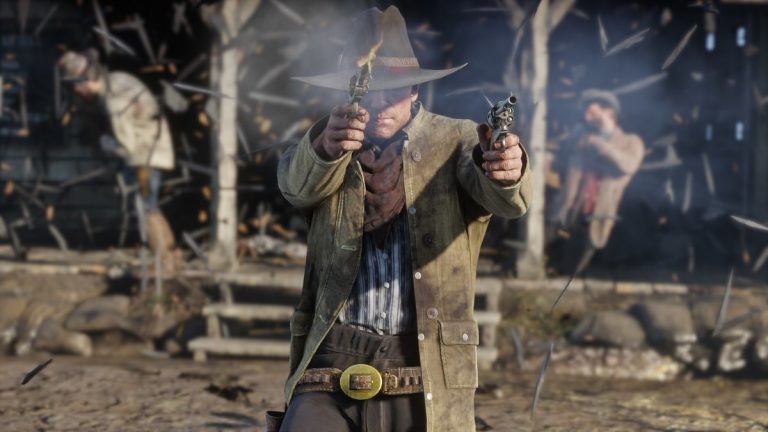 RDR 2 was released in late 2018 to rapturous fan-fare, easily becoming the best and most bought game of 2018. It smashed first-week sales record, as it recorded US$725 million in just 3 days. The game beat out its predecessor’s sales in only 2 weeks.

The announcement that Red Dead Redemption 2 will be available on Xbox Game Pass this month is another arrow in the quiver for Microsoft, as they attempt to make the service the “Netflix of gaming”.

Red Dead Redemption 2 is expected to drop on Xbox Game Pass on May 7th, 2020.

What Is Xbox Game Pass?

Xbox Game Pass is a video game streaming service developed by Microsoft for their Xbox console. This later evolved to also offer games available on PC. The service provides subscribers with a list of over 100 Xbox & PC titles that are available to download. The list changes frequently, with an exciting featured game routinely dropping each month.

Game Pass is not to be confused with Xbox Live Gold, which also offers downloadable games. Xbox Live Gold is an online service, allowing you to connect with friends and play games online.

How Can I Get Xbox Game Pass?

Xbox Game Pass is offered through Microsoft. You can subscribe through the store on your Xbox or by going to the Microsoft website.

Here’s a link that takes you directly to the Xbox Game Pass section.

More of a PC person? No problem. Here’s the PC link.

The console version of Game Pass is currently available for $10.95 (Australian Dollar) per month. If you’re in no hurry, it’s worth checking around as they always have introductory deals, allowing you to get access for as little as $1 for 3 months.

As the PC subscription is still in Beta, you can get this for as little as $4.95. Find it here.

Of course, you can always get the best of both worlds and sign up for Ultimate. This is Game Pass Xbox, Game Pass PC & Xbox Live Gold all rolled into on. Find it here.

Find out more about what’s happening on Xbox here