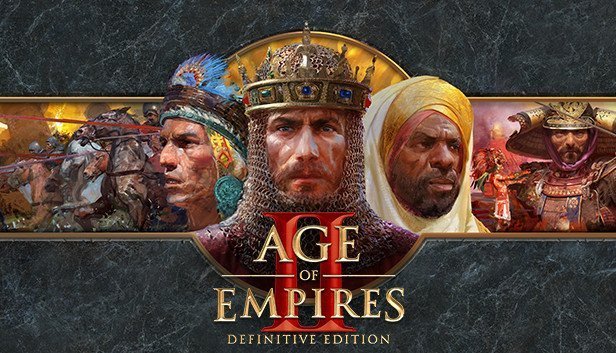 Age of Empires II, the game that was released in 1999, has been brought to the future, remastered in crystal clear HD. Those of us that remember the game from when it was originally released, will have fond memories of the title and will be able to clock in many nostalgic and memorable hours with this remaster.

The game, while undoubtedly fun and worth the sale price, still has its faults and detractions. But these aren’t enough to stop me from providing you with an overwhelmingly positive review.

The remaster does a wonderful job of keeping everything that was great about the game, while adding in the visual effects that it lacked in 1999.

It’s funny to think that 21 years after its original release, the exact same game is still as much fun as it was then. It’s a testament to game developers from the 90’s (if I’m being honest, most of my favourite games are from the 90’s).

Even though there are many different campaigns and civilisations in which you can play, you will still go through the motions as far as range of gameplay goes. If you’re someone that needs constantly changing missions and evolving characters or landscapes, you might want to stick with the basic matches. However, if you’re keen to knock over objectives and change up civilisation styles, definitely give campaign mode a try.

The animations have gone through a big improvement. You may not think it when playing the game, but i promise you, if you go back and play the original game (if you have a computer capable of doing so), you’ll notice significant changes.

The definition on the villagers and military personnel makes the game easy on the eye, and if you’ve got a nice powerful computer, you’ll enjoy the advanced environmental improvements as well.

All in all, if you’re someone with a deep passion for Age of Empires, then Age of Empires II: Definitive Edition is one i would definitely recommend picking up. If you haven’t yet dabbled in the franchise, then this is a great place to start. It will provide you with an understanding of why people have been so invested for 20+ years, without the chance of being turned away by outdated graphics and animations.

Keen for something new? The brand new trailer and release date for Age of Empires IV has been announced. You can read about it here.