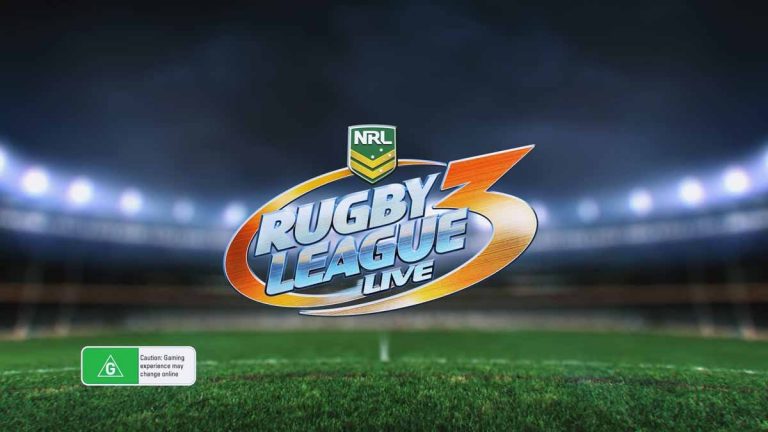 Rugby League Live 3 Review: Is It Still Worth Playing?

We’ve all got a lot of time on our hands at the moment thanks to the COVID-19 pandemic. Whether you’re out of a job or at home working, you’re probably looking for a few games to take your mind off things (i know we are!). So we’re going to be running through collections of games, new and old, and providing you some contemporary reviews to help you choose which game to buy or play. In this article we’re going to be providing you with a review of Rugby League Live 3.

Now, let’s get into our deep dive review and find out whether YOU should spend your time playing Rugby League Live 3.

Is Rugby League 3 Easy To Play?

Initially, there is definitely a learning curve that requires mastering. I began by playing on Pro mode, but that was way too hard for a complete beginner. So i dropped back down to the second easiest setting and that was a nice sweet spot for learning.

The first thing you need to get on top of is the transition passing. Drawing and passing is a critical element in real life rugby league and even more so in RLL3. Because the defence gets sucked in to the attacker with the ball, a perfectly timed pass will open up the field and allow you to play more expensive footy. So make sure you through lots of passes and learn this element first.

Additionally, tackling in the harder modes can be quite difficult at times. The AI will evade and run over you a fair bit if you only try and tackle front on, so mix it up with some leg tackles and side on dives.

It will take you a good few hours of gameplay to get a hang of the basics, but it’s worth hanging in there, because afterwards the gameplay becomes quite smooth.

How Good Are The Graphics?

For a game that was released in 2015 you’ll be pleasantly surprised at how good the graphics can be. Player faces aren’t as crisp as you’d hope, but you can rarely see them while playing a game. Stadiums looks fantastic and the atmosphere from the crowd definitely creates a nice game environment.

In game movement could certainly be better, but that has been somewhat of a staple for the Rugby League Live franchise.

Despite the games age, I can’t imagine you’ll have too many issue with the feel of the graphics.

How Long Can I Play The Game?

Generally speaking, i get over sports games after 10 or so hours of gameplay. This probably comes down to the repetitive nature of sports games and the lack of gameplay options. But with Rugby League Live 3 i’m finding myself 20-30 hours deep and still going strong. I’ve played 2 and half seasons and i don’t see any reason while i’ll stop as i’m still finding it very enjoyable and i’m not on the hardest difficulty yet.

In a perfect world, it would be great if these games had a mini game mode that would allow you to get more out of your game time. Maybe next time…

What Kind Of Bugs Will I Find?

Generally speaking, it’s a pretty well rounded game, with relatively smooth gameplay. But occasionally you will find a few bugs that will cause you to shake your fist vigorously at the TV. Occasionally, my defensive AI will just allow the other team to run through massive gaps. This is super annoying and has lost me one or two close games.

There is also a disconnect between the opposition placing a grubber kick, and me being able to select a player and attempt to regain the ball. Often, the other team will just score and that’s the end of it.

Occasionally your team mates will do some other funky things, but the bugs don’t really detract from the enjoyment of the game.

I will give the benefit of the doubt to any Australian sporting game. Our market is fairly small and there’s a certain element of risk for publishers and developers to create these games, so I try my best to play as many as possible and give them a fair shake. Rugby League Live 3 (and the Rugby League Live series in general) is one i’m not disappointed with. I’ve gotten heaps of great gaming hours out of this game and I don’t see myself stopping anytime soon. The gameplay does requires a slight learning curve, but once you’ve got the hang of it, it’s a very fun game to play.

If you’re a gamer and love Rugby League, you won’t be disappointed giving Rugby League Live 3 a try.

Will there be a Rugby League Live 5? Find Out More Here | We’ve counted down the Top 5 Rugby League games of all-time