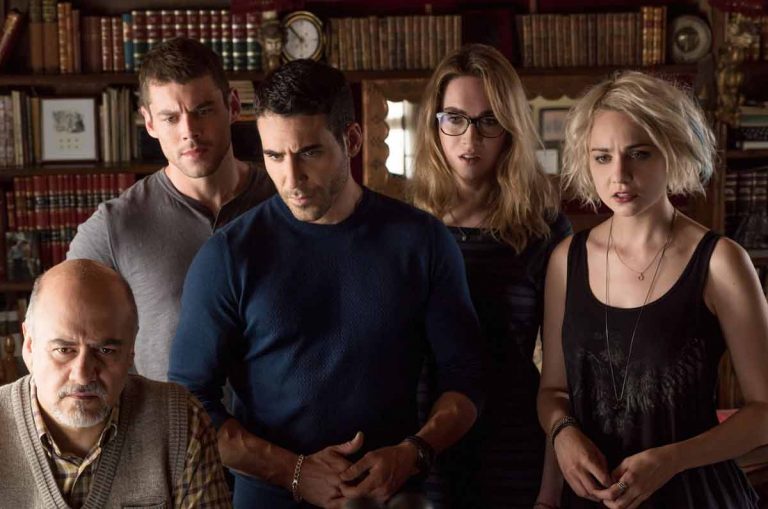 Shows That Were Cancelled Way Too Soon

Often we talk about shows that stay on well beyond their use-by-date. The kind of money-churning, TV network staples that somehow make their way through 10, 11, 12 years of episodes. By the end you’re so fatigued you’re literally hoping the show will finish. Well, in this article we’re going to be talking about the exact opposite of that kind of show. We’re going to be listing shows that were cancelled way too soon.

A show can be cancelled for numerous reasons. Often it has to do with ratings, but it can also revolve around creative disagreements, casting issues and budget restraints. Whatever the reason, we feel these shows weren’t given the best chance to shine. Sometimes it can take a couple of seasons before the wider public even hears about a good show.

If you haven’t heard of Freaks & Geeks before, you’ll probably be shocked to hear the level of star power this show has. Admittedly, before they were stars.

Jason Segel (HIMYM), Linda Cardellini (ER), James Franco (Everything), Martin Starr (Silicon Valley), Seth Rogen (Everything Else) and Samm Levinne (Inglorious Basterds) were the stars that called this show home during the 1 and only season it aired.

The show focused on a group of misfit high-schoolers growing up in the 80’s. The characters were awkward, the writing was good and the show was great. It was a damn shame they decided to pull the pin so early.

Firefly is a widely celebrated Sci-Fi show with a huge cult following. There was a feeling of dread, not dissimilar to how Obi-Wan felt when Alderaan was destroyed, when the show was unceremoniously cancelled after only 1 season.

Firefly was set 500 years in the future after a civil war across the universe. A small, but tenacious spaceship crew must find any job they can in order to continue surviving. Seeking better lives, they face constant and evolving challenges.

Firefly was cancelled 11 episodes into its first season, leaving 3 produced episodes that were unaired. Due to DVD sales and the cult status that occurred after its cancellation, a movie was made to wrap up the story titled, “Serenity”.

Unlike the first two shows, Sense8 was at least allowed a second season. But ultimately, two seasons was still too few. Much like Firefly, Sense8 had a big cult following; however, the Netflix original series’ boost in popularity was occurring while it was still being aired.

Sense8 followed a group of 8 individuals known as “Sensates”. The group was all born at the exact same moment in time and have the ability to experience each other’s lives, emotions and pain. Sensates are fiercely hunted down by a government organisation and the show follows the groups attempts to evade them.

When the show was cancelled after just two seasons, fans were understandably devastated. But thanks to their devotion to the show and subsequent petitions, Netflix announced a special finale episode to wrap up the series.

Forever was a show with a unique premise. Dr. Henry Morgan, a man whose first death occurred 200 years ago while trying to free slaves onboard a ship, is now an immortal. He lives in NYC as a medical examiner within the police department helping them solve cases with his years worth of knowledge and wisdom. The show was a fantastic mixture of science fiction sprinkled with a standard cop show format.

Despite having a small and vocal fan following, the show just didn’t have the live audience stats to warrant a second season being produced. It was subsequently cancelled in 2015.

Similar to Sense8, fan petitions began to spring up, ensuring the show could continue. The petitions geneWe

Constantine was one of those shows that didn’t necessarily appeal to a wide audience, but those who did watch it absolutely loved it.

John Constantine is a demon hunter, and a master of the occult. Despite airing on NBC, the character was also cannon to the Arrowverse, which predominately airs on the CW Network.

Constantine uses his skills to wade off terrors appearing across the globe, often while tip-toeing the line between good and bad. Whilst he battles monsters and demons endlessly, his greatest battle is with his past and ensuring that his actions don’t subject him to an eternity of torment.

NBC pulled the pin on the show after only 1 season as the ratings weren’t up to the network’s standards. Many believe if the show were to air on the CW network all along, combining deeper with the Arrowverse, that the ratings would have been substantially higher.