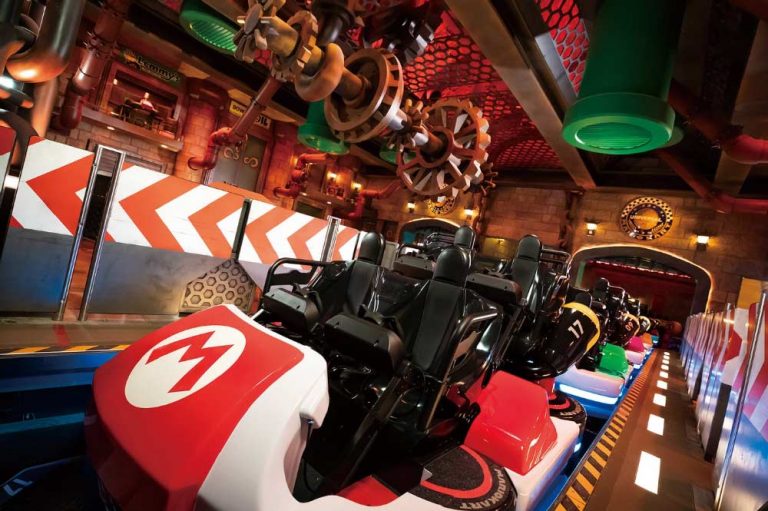 Oh my. I think I may pass out from excitement. News has come out over the last couple of days that Universal Studios Japan will open the doors to Super Nintendo World, on February 4, 2021. Members of the press were invited inside the deliciously fun-looking theme park recently and have taken some photos that are sure to get the die-hard and casual alike cooing.

The Theme Park will feature an incredible recreation of Bowser’s Castle. Within the walls will be a grand staircase. Upon your ascent, you’ll be greeted with an enormous statue of Bowser himself.

Mario Kart: Koopa’s Challenge, will be one of the park’s central attractions. The ride will feature AR and ‘projection mapping’ effects, designed to allow the guests to feel like they’re in a Mario Kart game.

Super Nintendo World was originally set to open before the start of the 2020 Tokyo Olympics. But, you know, COVID-19 and stuff. Although visitors likely won’t be able to travel there anytime soon, it does build excitement for when the world returns to some form of normal.