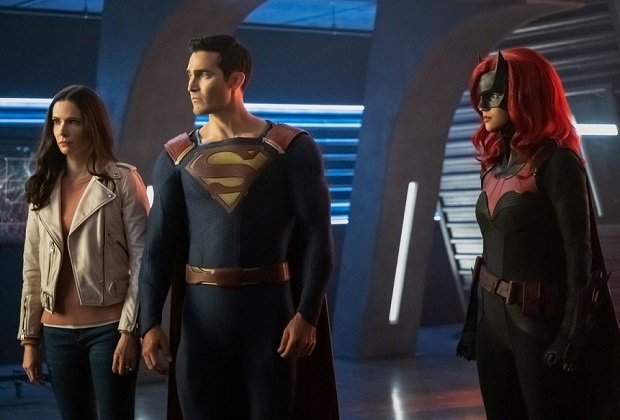 Superman & Batwoman to Feature In Next Crossover Event

The Arrowverse is preparing to slate its next year of shows, and it seems they’ve already got their next crossover in mind. After 2019/20’s Crisis on Infinite Earth’s crossover event, after which literally everything and everyone was involved, the CW writers are probably looking to scale thing’s down a notch. It’s being reported by IGN and Deadline that the next crossover will be a two-part series, featuring Superman and Batwoman.

On a scheduling call this past Thursday, CW Chairman and CEO Mark Pedowitz announced that the 2-hour (two-part) crossover event would be taking place. Due to the COVID-19 Coronavirus pandemic sweeping the world, he made it clear production on this won’t be possible in 2020. Instead, plans are in place to get this special filmed in the early part of 2021.

Superman & Lois has recently been green lit with a “straight to series” order, so it’s only natural that The CW would want to cross promote to help this series get off the ground. The Man of Steel has been a semi-regular on Supergirl, playing the secondary hero, or in many cases, her wise, mentor-like cousin. Therefore that’s probably not enough momentum to get the series started with a bang. Superman’s next closest friend (or often “frenemy” as Supergirl likes to say) in the Arrowverse, would be Batman. Since Batman isn’t a part of any The CW’s plans, that leaves Batwoman as the logical counterpart to a crossover event.

There was a time where no one expected a character as big as Superman to appear on TV again. Whilst that’s still true for Batman, the Man of Steel has been routinely popping up on our screens, whether that’s in Supergirl or a special crossover Arrowverse event.

The success and popularity of his inclusion has led to the green lighting of his own show on The CW network. Superman & Lois, created by Todd Helbing (The Flash Showrunner), will be a show that depicts the constant struggles of Clark & Lois as they try to balance their want to bring up two small children and their duty to protect the Earth.

Unlike other iterations of Superman and the big or small screen, this won’t need to go through the laborious process of telling his backstory – again. No, this world’s Superman is already well established both with viewers and the fiction world that he calls “home”. Clark and Lois have fairly recently had two kids and they are desperate to instil this young person with a life that’s based in some sort of normality. The likely-hood of that happening of course is fairly remote. Imagine growing up with a Dad that’s Superman and a Mum that’s the famous reporter, Lois Lane? I sense some expensive therapy sessions in those kid’s future.

When Will It Air?

We don’t know the exact air date yet, but we do know that Superman & Lois is expected to launch in January 2021. Of course, everything these days comes with an asterisks to the uncertain times. We will up date this article if and when any news about a push back is released.

How Many Episodes and What’s The Plot?

Season 1 has been slated for 13 episodes. In a 40-minute format, this is more than enough time to tell a compelling story, especially since we don’t need to go through the minutiae of Superman and/or Lois’ backstory.

The plot is set to revolve around Superman & Lois’ struggle to be parents considering their demanding jobs. Already, they were forced to leave a planet they had escaped to to get away from the demands of Earth. Now they will need to readjust once again in this post Crisis world, with two young sons.