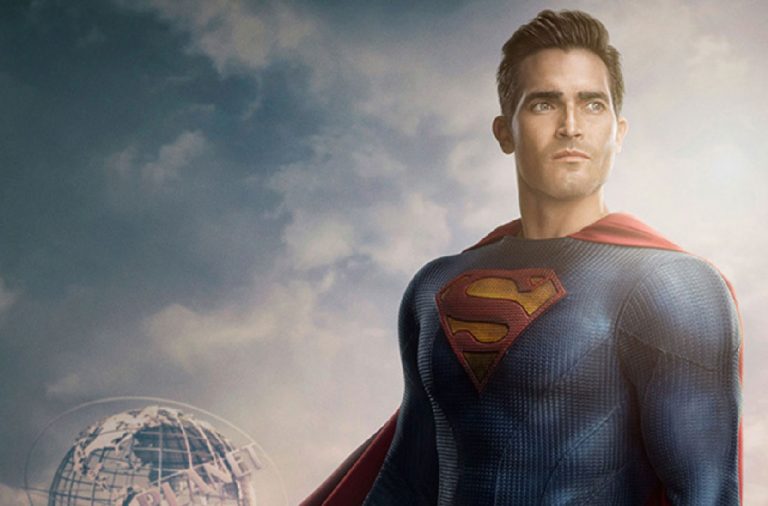 Superman & Lois is a brand new, and possibly the most anticipated, show set to air on the CW in 2021. After being a part of Supergirl for the past few seasons, DC Comics most infatuating couple are set to grind out their own fates when the show premieres on February 23.

The CW gave their fans a glimpse of what they’re in store for when they dropped a couple of brand new images for the upcoming show. Naturally, the image that got everyone talking most was that of Superman in his brand new suit. While there was nothing inherently wrong with Tyler Hoechlin’s, Man of Steel outfit, this new one is something pretty special.

The new suit has dropped the cape straps which used to come around the top of his shoulders, giving the outfit a look and feel that we’re more familiar with in a cinematic context. Additionally, the material looks to have had some upgrades. As I mentioned earlier, there was nothing wrong with the previous suit, but this one certainly adds an extra layer of grandiose to both the outfit and the character. Check the suit out in full, below.

As you can probably guess from the shows title, Lois Lane is set to play a much grander role in the upcoming TV series. Although she doesn’t possess any of the Son of Krypton’s powers, her journalistic integrity and expertise, not to mention her general badassery, are set to play an integral role in all of the show’s plots.

Regarding her new role as one of the title characters, Elizabeth Tulloch (Lois Lane) had this to say about one of DC Comics most popular characters:

“From the very beginning, going back to when she was introduced in 1938, Lois Lane as a character defied society’s expectations of how women should behave…”
“Women at that point were more typically portrayed as demure, but Lois was always opinionated and unapologetic and uncompromising and a career-woman. Part of why she has remained so compelling for so many years is that she’s also vulnerable, fallible, romantic, goofy and a clutz. I just find her really appealing.”