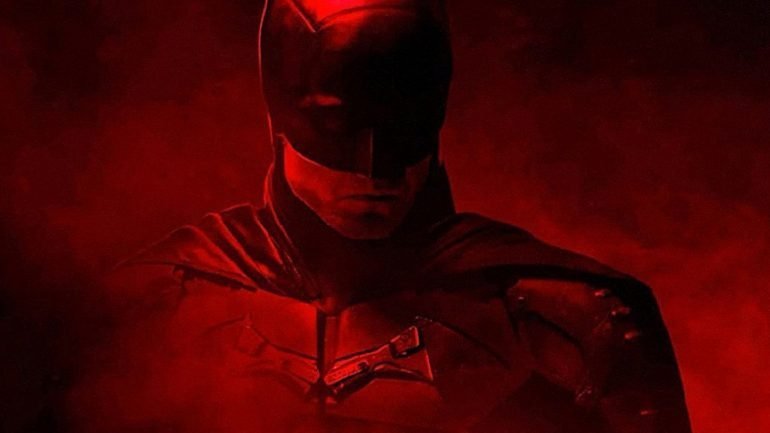 **This review contains major spoilers for The Batman. If you haven’t seen the movie, I would suggest turning away now**

The Batman is just about as gritty and dour as a Batman film can be. Within the confines of Gotham City, there is nary in the way of happiness – these are rough times. Crime and corruption is rampant. The roots of evil run so deep that the films bad guy appears a morally misguided saviour.

I watched The Batman late on opening night, but deliberately chose to wait until morning before writing my review. The film is complex, and I wanted to sleep on it to ensure I properly processed everything I saw. I think I’ve done that.

The Batman is far from a perfect film and despite what you might read on Twitter, it didn’t come close to reaching The Dark Knight’s mantle. Obviously, this is a matter of personal opinion, but I think given time the public opinion will accept this as a fact. Now, although I don’t personally believe this to be the Caped Crusaders finest few hours, maybe that’s a good thing? Perhaps for too long, we’ve seen the same dreary, growly take on a crime-fighting orphans life. Perhaps in Robert Pattinson’s, Batman, we’ve received the refreshment that the character has been searching for.

Pattinson’s on screen chemistry with the main cast was impeccable and really helped draw you into the narrative. In particular his relationship with Lt. Gordon drove the films plot. In the past we’ve seen James Gordon, at least initially, as more of an unsettled ally. He was never quite sure who to trust. But in Matt Reeves new take on the characters, Gordon is 100% in full bat-trust mode. At one point he states, “you’re the only one I trust”. Pretty heavy stuff for a good cop.

The Riddler was a genuinely captivating and haunting villain. Once he finally removed his mask to reveal the ‘accountant’ underneath, the character didn’t lose any focus or menace. His portrayal of a psychologically disturbed villain, one who has lost sense of the distinction between right and wrong, was spot on. The entire crux of his psyche lingered on the idea that he and the Batman were in this together. When that fact was pulled apart by the Caped Crusader, you could see the light drain from the characters face. It didn’t change his plans or his ideals, but this was a great subtle piece of acting.

The depiction of Batman as a young crime fighter really worked well for the story. He is far from the polished Dark Knight we’ve all come to know and love. I would probably say this was more of a Year One Batman than a Year Two Batman. There were times where the character seemed vastly wet behind the ears. If there happens to be a sequel, I’d like to see them elevate him to the level the character deserves to be. If Reeves can do that, I can wholeheartedly forgive any blemishes from this film.

I was so glad that Matt Reeves chose to skip over Batman’s origin story. This has been done to death over the countless retellings of this characters tale. We all know that Thomas and Martha Wayne were killed by a mugger (or whoever), it really doesn’t need to be explored anymore than that. Skipping ahead 2 years and not treating the audience like idiots was a nice touch that was very well received by this fan.

What stopped this film from reaching the heights of which it was capable was the final act. The first two acts placed the film as a psychological, connect-the-dots thriller as our hero desperately tried to outwit and outthink his nemesis. However, the final act divulged into a mass casualty superhero staple. As the water poured from Gotham’s harbour into the city, my hopes of this film being a 10/10 classic went down the drain with it. The final 30 minutes had some nice moments, but ultimately fell flat in what it was attempting to achieve.

Additionally, and I cannot emphasise this enough, at no moment throughout this film was Batman ever ahead of the game. For the film’s entire run he was chasing after the Riddler, long after his victims had expired. ‘The World’s Greatest Detective’ spent more time having things explained to him than he did saving people. With the exception of a few random strangers at the end of the film, Batman didn’t actually save anyone’s life.

Perhaps this is what Matt Reeves intended. Reeves may have been hoping to show that Batman was merely a man, prone to failure like the rest of us. Maybe he is playing the long game, hoping to let our heroes skills shine through in the second instalment. I guess we’ll need to wait a few years to find out.

From a character point of view, both Alfred and Carmine Falcone fell flat for me. I don’t believe either were well cast and didn’t really get to show too much throughout the film. Alfred’s relationship with Bruce was the most peculiar. Their chemistry was just…off. Bruce came across as a petulant child and showed moments of genuine apathy – a strange choice given he’s supposed to be a symbol of moral strength.

Falcone was neither here nor there. The casting of John Turturro just didn’t work for me. Turturro is a great actor, but he is best known for playing non-serious roles and trying to make him seem like a menacing and vindictive crime boss was a mistake.

I think Matt Reeves could have done more to pretend that Gotham City was not New York City. Front and centre were the Empire State Building, Madison Square Garden and plenty of other landmarks. It’s a little thing, but it tends to pull you away from the immersion.

From a time point of view, I think 3 hours was pushing it a tad. Possibly 2.5hrs would have been the perfect mark. Towards the back end of the film, and perhaps this was due to the change in tone, I found myself waning ever so slightly.

The Batman is a very good film which stops just short of being a bonafide legendary tale due to it’s overdone and unnecessary final act. The fresh take on the Batman character will breathe new life into DC films and hopefully kick start an era where DC doesn’t require an entire universe to tell their stories.

The Batman is the best DC film since The Dark Knight and in my opinion it’s not even close. Assuming we’re gifted to a second tale in this saga, I can’t wait to see what Matt Reeves has in store.