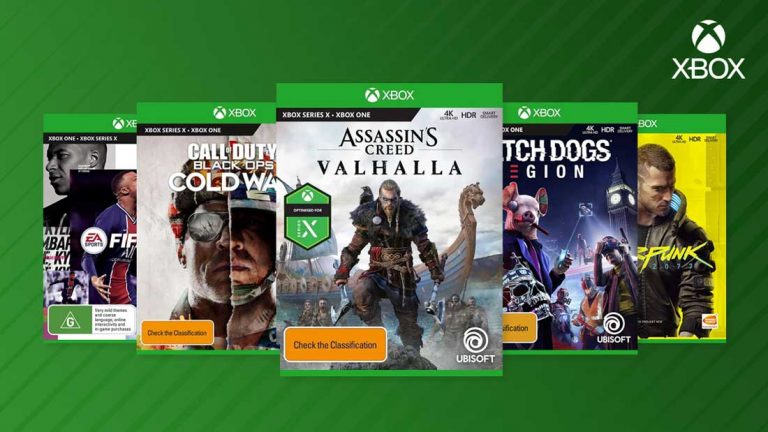 The Best New Games Confirmed For Xbox Series X In 2020

The next-generation of Xbox is just around the corner. Since the announcement of price and release dates, the internet has been buzzing with anticipation for Microsoft’s newest consoles. The Xbox Series X & S will bring new levels of gaming to the next generation of console gamers. The consoles have been built for high-performances, with their lofty price tags one example of the kind of hardware you can expect when you plug your Xbox Series X or S in on November 10.

To help you get even more amped, we’ve compiled a list of Every Confirmed Game For Xbox Series X & S.

Assassin’s Creed Valhalla is the most anticipated Xbox Series X/S launch title. The game which has been developed by Ubisoft Montreal and published by Ubisoft, will take place in the 9th century AD. Assassin’s Creed Valhalla will recount an alternate version of the Vikings invasions of Britain. This game will release two days earlier on Xbox Series X than it will on PS5.

Call of Duty: Black Ops Cold War is the 17th installment in the Call of Duty franchise. The game is being developed by Treyarch and Raven Software and published by Activision.

Crossfire X is still yet to receive a hard release date, but the title is still billed for release in 2020. The game is a first-person shooter and will be an Xbox Series X & S exclusive. Crossfire X will be the console version of the popular Crossfire, released in South Korea in 2007.

Cyberpunk 2077 has been developed by CD Projekt.

DIRT 5, will actually be released on Xbox One prior to the launch of Xbox Series X/S. But as of this article, this is still a brand spanking new game. I’d imagine most gamers expecting to purchase the new consoles will hold off on game purchase in the month leading up to launch.

DIRT 5 is a continuation of the DIRT franchise. The racing game is developed by Codemasters. This is the 8th game to carry the “DIRT” title.

FIFA 21 is the latest edition to the hugely popular football series.

Immortals: Fenyx Rising will be an action/adventure game. The title is being developed by Ubisoft Quebec and published by Ubisoft. The game will be set in a large open-world environment. Players will be able to customise the gender, voice and appearance of the main character at any point.

Immortals: Fenyx Rising is set to release across all platforms, including Xbox One & PS4, on December 3, 2020.

When humanity attempts to colonise an alien planet, their plans go astray. After being caught in an energy storm, the planets inhabitants and the colonists receive superhuman abilities.

Outriders will be a third-person shooter, intertwined with elements from RPG’s. Players will have the opportunity to create custom characters and assign them with a class type, each providing the player with unique characteristics.

Outriders is being developed by People Can Fly and published by Square Enix.

The Ascent is set in a cyberpunk-like world and is a solo and co-op role playing game (RPG). After the mega corporation that owns you and many others collapses, your world is thrown into utter chaos. It’s up to you to stop corporations and enemies from taking over in this ‘every man for themselves’ title.

The Ascent is being developed by Neon Giant and Published by Curve Digital.

UFS 2 doesn’t have a confirmed release date, but is expected to release in late 2020.

Watch Dogs: Legion will release on current consoles in late October, before being made available for Xbox Series X on launch day.