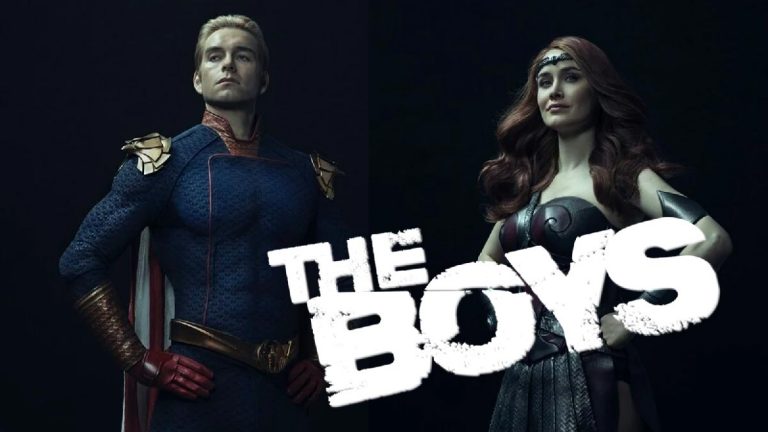 **SPOILER ALERT: The following article contains major spoilers for The Boys Season 2. If you haven’t seen it yet, please look away.

Well, The Boys Season 2 has officially wrapped up. In classic fashion, it’s left us all with a lot to think about heading into Season 3. Here’s our wrap up of the entire second season of The Boys.

Season 1 caught many of us off guard. We weren’t expecting the flipped narrative, nor were we expecting the intense brutality of many scenes. Although disturbing, it was fresh, new and exciting and it set up Season 1 of The Boys for a big run. Fast forward to Season 2, and a lot of that freshness still remained. The show found ways to engage us in a little senseless gore and violence, but at the same time often struggled to build new ground. It wasn’t that the show was rehashing old ideas, it just felt as though we were building outwards instead of upwards.

Despite any issues with overall plot freshness, I thought Season 2 was fairly strong. The integration of a new SUPER-supe in the form of Aya Cash’s, Stormfront, gave the show a fresh villainous edge. Her portrayal of the character was so good it actually made Homelander appear humane at times. Imagine that.

Starlight and Hughie brought little more to the table than they did in Season 1. It must be tough to play the straight characters in a show dominated by eccentric personalities and homicidal maniacs. MM & Frenchie were able to bring forward a more humane element to their roles. After appearing very criminal and gruff in Season 1, it was nice to see them with a softer side.

Butcher, as always, was lean, mean and always keen to bash some supes. The development involving Becca’s death now puts his character arc in a precarious position. I thought it was a strange choice that he’d hand Ryan off to the CIA, but i suppose it’s fitting for a character who seemingly only cared for Becca.

Although I believe they did this intentionally, the fast-tracked finish to several plot threads left me a little unnerved. Stormfront was building up intense supervillain hysteria across the United States. It feels unrealistic that it would be abated with a simple Vought press conference.

The Deep’s character arc went literally nowhere. Which is probably a good thing, because his character is boring anyway. I’m glad the Church of the Collective stuff appears finished for now. I think i’ve stomached about as much Fresca as I can handle.

In general, I was happy with Season 2. I thoroughly enjoyed watching each and every episode. As i’ve mentioned, there were definitely some plot issues and the show struggle to build on it’s terrific Season 1 foundations. But this shouldn’t take away from what is, at its core, a very compelling and exciting season of television.

Honestly, I really don’t know. The more I think about it the more I realise they’ve actually done what few shows have the foresight to do; they’ve left several plot threads ripe for the pulling. For instance, Mr Edgar has been critically underutilised. Especially since he’s being played by a man with as much talent as, Giancarlo Esposito (Breaking Bad, The Mandalorian). My hope is that Season 3 will bring his characters villainous corporate ways to the forefront of the storyline.

Additionally, the emergence of Victoria Neumen as an apparent supervillain means it’s likely the head-splodin’ supe will feature prominently in Season 3. What she *really* has against Vought is anyone’s guess at this point, but she obviously has some heavily grounded gears.

From the good guys perspective (I use that term loosely), there’s a whole world of new opportunities. Despite his inability to answer questions like a normal person, it would seem Butcher will join Mallory’s super-secret superhero/supervillain taskforce. Hopefully they get paid extra for using the word “super” as much as possible. Hughie is set for a career in politics, which seems fitting for a character who seemingly complains as a reflex.

Although there’s no clear angle for Season 3, I can tell you one thing; I’m hella excited to find out what happens to The Boys & co when they return to our screens next year.