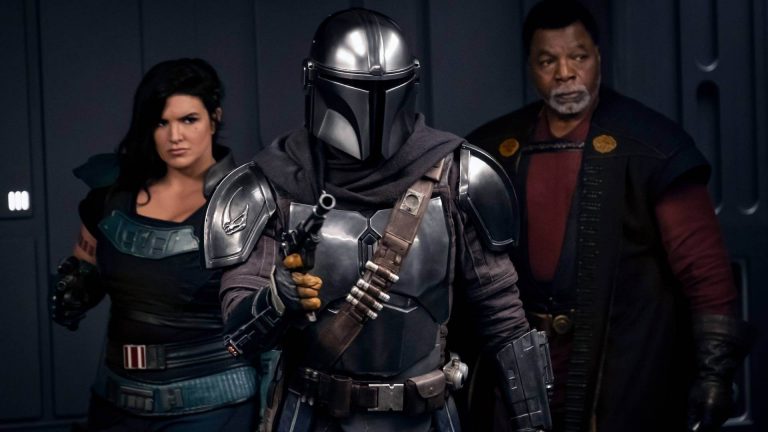 ‘The Mandalorian’, Chapter 12: “The Siege” Review

For the second week in a row, The Mandalorian has knocked it out of the park. After a fairly soft and dangerously slow opening two episodes, they’ve hit back in a strong way with both Chapter 11 & Chapter 12.

The pressure cooker got turned right up in Chapter 12: “The Siege”. It was a massive episode in terms of setting up the remainder of the series and further progressing some interesting plot threads. The episode has left us with a great deal to talk about, so let’s get straight into our weekly recap.

The episode kicked off in classic Mandalorian style. Cara Dune was reintroduced to the audience as she gave these awful looking critters one hell of an ass-whooping. The badass re-introduction has become a staple of The Mandalorian series, as I pointed out in Chapter 9. At this point it’s quite funny watching how blatantly they remind us of a characters personality through their first scene back.

Sticking to the Cara Dune theme, I must say it was fantastic to see her return to the fold. With the exception of The Mandalorian and the Child (Baby Yoda), Cara Dune and Greef Karga were the two shining light characters of Season 1. Their return was certainly celebrated in my lounge room.

After realising how much better the episodes are with an ensemble cast (think Chapter 11’s Mandalorian crew and, of course, this episode), it began to make more sense as to why the first two episodes of the season felt mighty slow.

For The Mandalorian, the episode was all about fixing up his ship, the Razor Crest. Of course, their was the classic quid-pro-quo that we’ve come to love and expect. It would have been a pretty boring episode if it was just him sitting in the waiting room of the Mechanics. For Cara Dune and Greef Karga, the Mando’s presence meant an opportunity for them to wipe scum and villainy (the Empire) from their planet once and for all.

The empire has now played a large role in the last two episodes of this season. I’d assume this will be a continuing plot thread throughout the remaining episodes. As much as I love The Mandalorians detachment from the central Star Wars universe, it’s always nice to see Stormtroopers getting picked off like they’re target practice dummies.

Additionally, The Mandalorian and crew seemed to have uncovered the central plot for season 2. After pressing the self destruct sequence while in the Empire’s base, they uncovered what appeared to be a laboratory. After digging a little deeper, they realised that the Empire had been using DNA from the Child in order to ‘breed’ creatures (Dark Troopers?) capable of causing destruction and bringing rise to the Empire’s “new age”.

Towards the end of the episode, Moff Gideon appeared “in person” for the first time this season. His presence as the central bad guy has certainly been missed. I’m hoping there will be more opportunities for Giancarlo Esposito to flex his acting prowess as we begin the downhill ascent to the end of the season.

Of course, we found out one of the mechanics placed what we can assume is a tracking device on the Razor Crest. We may have a good old fashioned game of cat and mouse on our hands.

Throughout the episode I was totally expecting Greef Karga to turn his back on the Mandalorian and Cara Dune. Shockingly, that never came to fruition. I guess his character turn at the end of season 1 is for keeps? It shows how well Carl Weathers has played the character that I keep expecting his conniving side to come forward.

When the dust settled on Chapter 12: “The Siege”, I can honestly say it was the best episode of the season thus far. It was action packed, re-introduced some cast favourites, and progressed the season narrative beautifully. Now that we know HOW the Empire is trying to do proceed, it will be very interesting to see WHAT their central target may be.