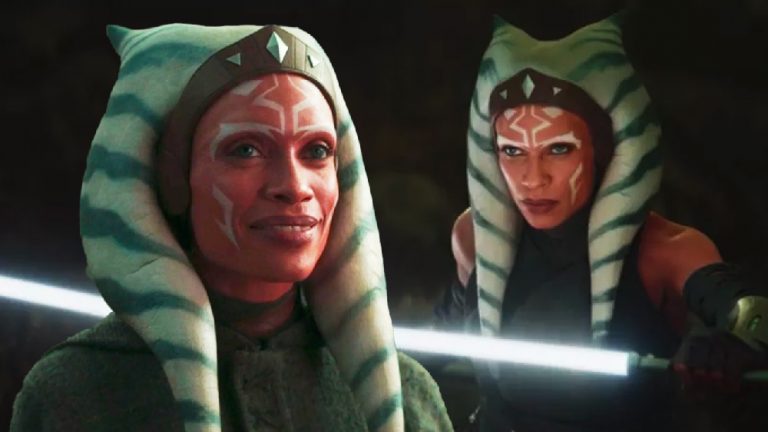 ‘The Mandalorian’, Chapter 13: “The Jedi” Review

I actually wasn’t expecting this reveal at all, so it was a pleasant surprise when we finally learned the true name of the kid we’ve all been calling, “Baby Yoda”.

Chapter 13, “The Jedi”, was a massive episode for The Mandalorian. It was the first time in the shows 1 and a half season run that it has plucked heavily from the canals of Star Wars lore. Often the show tiptoes around Easter Eggs, given fans a sentence or two to get excited about, but generally moving in a unique direction. But not this week. No, this week we were given direct references to Yoda and Anakin Skywalker, and of course, were introduced to Ahsoka Tano, Anakin’s one time Padawan.

Chapter 13 continued The Mandalorian’s recent flurry of tremendous episodes. They really have been on a role since the snooze-fest that was Chapter 10: “The Passenger”. It’s a genuine shame that this show wasn’t created before the sequel trilogy was put together. It could have saved both Disney, and Star Wars fans a lot of pain.

This weeks episode showed what most would have already known, that there’s an incredibly strong ‘father/son’ bond between Mando and Grogu. I’m not sure how long they’ve been together story-wise, but it’s been over a year in our time – that’s a long time to hang around with just 1 other being without either hating or loving them.

Mando’s realisation that leaving Grogu will bring him immense sadness will no doubt feature as one of the primary story threads heading into the seasons downward sprint. One can certainly imagine the Empire not giving a flying f*** about Mando or Grogu’s feelings.

Rosario Dawson was terrific as Ahsoka Tano. Fans of the animated shows, Star Wars: The Clone Wars or Star Wars Rebels, would know her as the Padawan learner of Anakin Skywalker, fighting alongside he and Obi Wan, during the declining days of the Jedi Order. Ahsoka’s story is one of sadness, disenchantment and rejection. If you haven’t watched the series (or read the books), we’d highly recommend giving them a go.

Ahsoka‘s appearance as a perfectly healthy Jedi (sort of) at a time where there are meant to be none is certainly going to fry a few proverbial noggins. You’d be forgiven for wondering just what she was doing during the rebellion. However, her backstory is not without reason, so it’s not as though Disney have completely retconned the defining Star Wars saga.

This weeks enemy of the week was little more than training fodder for the Mandalorian and Ahsoka. Of course, they talked them up to be a formidable force, but in the end they took care of the baddies fairly easily. Not a whole lot to say about that.

It wouldn’t be an episode of the Mandalorian without a new clue and a passage to another far away land. Ahsoka, dreading the creation of another Vader, refused to train Grogu. She sensed his connection to Mando was too strong, and that these feelings could lead him down a path to the dark side. Instead she has sent him on a quest to find an ancient Jedi temple. It is here that he will forge and decide his own path. This is likely where we’ll pick up from in Chapter 14.

In all, this was a really good episode. It featured a tonne of Easter Eggs and Star Wars lore references. Ahsoka was terrifically portrayed by Rosario Dawson, and it’s great to see the presence of a “Jedi” in the Mandalorians world. Although, I do find it humorous how so many people around the galaxy have no understanding of the Jedi Order. Especially since the prequel trilogy makes them seem like the police of the Galaxy.

The continued humanisation of The Mandalorian is nice. Despite his literal emotionless face, it’s weird how you can still feel what he’s feeling just through the long stares and prolonged silences. My spidey-senses are telling me Mando may pull up stumps when he finally reaches Grogu’s home, staying there in an Obi-Wan style, watcher role.