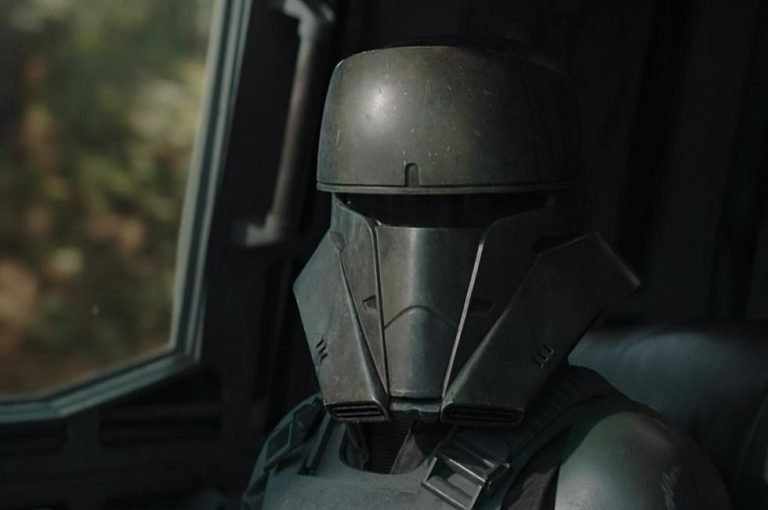 ‘The Mandalorian’, Chapter 15: “The Believer” Recap

I’ll say right out of the gates that Chapter 15: “The Believer” was a thoroughly enjoyable episode. After last weeks somewhat dramatic episode, it was nice to see Mando and crew do a bit of ass-kicking in his pursuit of the child (or should he now be referred to as “his child”?).

This week’s episode was predominantly focused on the dynamic between Mando and Mayfeld (Bill Burr). For those who don’t remember (I’ll be the first to admit that I completely forgot about the episode he featured in), Mayfeld appeared in Chapter 6: “The Prisoner”. I’ve got to say, I didn’t realise Bill Burr had such solid acting chops. I thought his performance in this episode was very good.

Cara Dune, in her new role as as Marshal, was able to pry Mayfeld out of his prison confines in order to partake in this weeks mission. They needed Mayfeld’s credentials as a former Empirical soldier to determine Moff Gideons current coordinates.

I really enjoyed the back and forth between Mando and Mayfeld. Well, it was mostly forth, as Mando isn’t exactly the chattiest lad in the world. Additionally, Mando certainly had a little ill-will towards Mayfeld after the events of Chapter 6. Nevertheless, Mayfeld made some acute observations on what exactly is right and wrong in such a messy and crazy galaxy and that everyone is just making sure they’re able to sleep at night. It’s great when shows explore the complexity of morality – as long as they don’t over do it.

The two hijacked an Empirical mining vehicle, filled with a highly explosive substance called, “rhydonium”. Their plan was to subtly ride the vehicle into the Empirical base where they will find a terminal that provides access to Gideons coordinates. However, their plan didn’t exactly go smoothly (queue shock), as the machines were attacked by ‘pirates’ who were attempting to blow up the convoy. This set up some brilliantly executed action sequences, as the Mandalorian, now dressed in Stormtrooper mining armour, fought off a barrage of pilot vehicles. It was completely out of character for Mando to ditch his armour, but as Mayfeld pointed out, “Everybody’s got their line they don’t cross until things get messy.”

When they reached the base, it was time to grab those coordinates. But Mayfeld was having second thoughts when he noticed a former commanding officer sitting plot-thickeningly close to the terminal they needed to access. Mando decided to take over despite the terminal needing facial verification. He removed his helmet, displaying his face, which really outlined how desperate the man is to save his little green friend.

Eventually, both men safely escape to the safety of Boba Fett’s, ship, while Cara Dune and Fennec Shand provided pinpoint sniper cover. Mayfeld left his mark on the operation, as he destroyed the base by shooting the explosive rhydonium. After all, he needs to sleep at night.

After their successful escape, Marshal Dune and Mando allowed Mayfeld to walk away, deciding to pretend that he died in the explosion at the base. A nice moment of heart after Mayfeld showed he certainly had some of his own.

This episode was rife with fantastic action sequences. Additionally, the back and forth between Mando and Mayfeld was a genuine highlight. Mutual respect can often be hard to come by in such rough and chaotic worlds. And although they didn’t start with it, Mayfeld’s actions throughout the episode allowed the character to be seen in a new light. I sense his characters journey is not yet through.