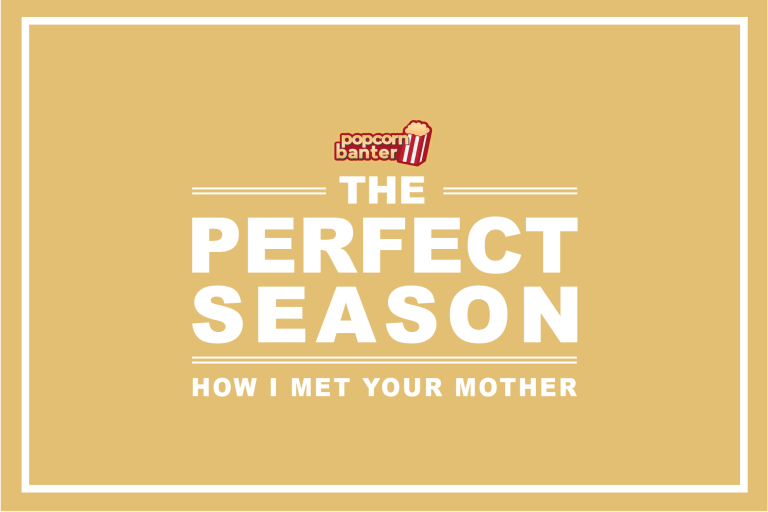 What are the best episode of How I Met Your Mother? The question is often asked and debated amongst friends. However, it can be a tough one to answer, as the show ran for many seasons and created dozens and dozens of fantastic episode. ‘The Perfect Season’ helps to figure out just which HIMYM episodes where the best.

“The Perfect Season” is a new article series where we go through all of your favourite TV shows and find the best episodes for their respective episode number. Once all episodes are filled, this will give you “The Perfect Season” of any particular show. Determining the rankings will come down to their ratings score, as calculated by Rankin Graph, which culminates thousands of different rankings from around the web. If no clear winner can emerge for a particular episode (i.e. two episodes have a ranking of 9.2/10), then we will decide the winner based on our episode preference.

Ted begins to freak out about the fact he doesn’t know a great deal about the women he is about to marry. Meanwhile, Lily helps Barney after he confided in her that he is in love with Robin.

Marshall, while jobless, is losing touch with who he is. He remembers the best burger he ever had while in his first week in New York City. The gang desperately go about the city in search for “The Best Burger In New York”.

After running into his old flame Victoria, ted tries to make amends for cheating on her with Robin. Marshall and Lily make a bizarre bet with Barney that could force him to wear a hideous Ducky Tie.

Robin finds Ted’s work stories monotonous and boring, which leads to a fight between the new couple. Barney attempts to prove to Ted that his job is his and it’s all in the delivery. While Barney is proving his point, it leads to Robin believing that Ted is cheating on her.

Episode 5: “How I Met Everyone Else”

After meeting a woman online Ted introduces her to the group. Due to the awkwardness of the encounter, the gang recount how they all came to be in one another’s lives. As he can’t remember her name after all these years, future Ted refers to her only as “Blah Blah”.

Still broken up with Lily, Marshall meets a cute waitress at a local cafe. She mistakenly writes “Swarley” on Barneys coffee cup, which becomes Barney’s new nickname. Ted and Barney warn Marshall against dating her because she has “crazy eyes” – evidently, a sure-fire way of knowing whether a girl is crazy or not. Lily has struggles dealing with Marshall dating another woman.

Attempting to deal with his recent breakup with Robin, Barney unveils his “Playbook” to the group. The Playbook is a list of plays and tricks that Barney uses to get women to sleep with him. Lily threatens to expose Barney’s book to the world if he doesn’t stop doing what he’s doing.

Robin acts weirdly after the group plan to go to the mall. It prompts Barney, Marshall and Ted to launch an investigation into why she’s being so odd. Marshall and Barney engage in a slap bet over what they believe to be Robin’s reasons.

Robin is dating a new man which causes issues for Ted. Barney, Marshall and Lily prompt Ted to drink his problems away, forcing him into taking several shots. It’s leads to Ted having a complete blackout of the night. Awaking to find a woman in his bed and a pineapple on his bedside table.

Ted invites an old college professor to the opening of his new building. When the Professor returns the invite as he doesn’t remember Ted, the gang go for a field trip to the college. Marshall and Lily run into an old acquaintance they wish they could avoid.

As Barney plans on proposing to Patrice, he lets Ted in on his news, swearing him to secrecy. Ted asks Robin to be his date to the GNB gala dinner, where he confides in her regarding Barney’s plans. This sets in place an elaborate plan for Barney to finally propose to Robin using the final play in his playbook.

As Marshall and Lily continue to try and get pregnant, they begin to worry that it may never happen. They visit a Doctor who happens to be the spitting image of Barney. Marshall receives some horrible news about his Father.

Barney, struggling with the fact that he may soon be fired, finds himself on a hot streak with women at the bar. As the week draws to a close, they realise he is drifting closer and closer to securing “The Perfect Week”. His friends do what they can to help him close the deal.

After deciding that Marshall was too good to compete in their game nights, he’s enlisted by the group to run them. In doing so he builds a game that requires Ted’s new girlfriend, Victoria, to answer some personal questions. Barney is humiliated when an old tape and an old girlfriend from his past life resurfaces.

After spending 9 years hearing the, at times, long story about how Ted met his future wife, we finally see the story from the mothers point of view. We learn the steps, trials and tragedies that Tracey has to go through to be in the position where she would finally meet the love of her life.

As Robin is preparing to leave on a trip to Russia, Ted tells her that he loves her. When he suggests that the two start dating once more, she lets her know that she’ll give him a decision when she gets back.

Episode 18: “Nothing Good Happens After 2AM”

Ted, struggling with his long distance relationship with Victoria, starts to wonder whether it would be best for the two to break up. While he’s waiting up for her call, Robin asks him if he wants to come over to hang out. Ted recounts that his mother used to tell him that nothing good ever happens after 2am. When Ted finds out that Robin still has feelings for him, he struggles to resist.

Robin, still angry at Ted for lying to her about Victoria, takes Sandy Rivers with her as a date to an awards ceremony. Barney suggests that Ted should hire an escort to make Robin jealous. Barney invites Mary to the ceremony, claiming she’s a paralegal.

Lily sets out to eat more so she can fit into her wedding dress. Barney starts practicing for The Price Is Right so he can finally meet Bob Barker, who he believes to be his father.

It’s Marshall and Lily’s wedding day, and things are not going as planned. Marshall, in a fit of anxiety, shaves half of his hair off. Barney attempts to fix the couples problems and in the process tries out a new concept for getting what he wants.

Barney and Robin starts to have massive panic attacks less than an hour before their wedding is to begin. Ted tries to calm Robin down as she thinks it’s a bad sign that she was never able to find her locket.

Marshall is in Atlantic City with Barney trying to blow off some steam. While there, Lily goes into Labour, but by this point, Marshall is very, very drunk. Robin and Ted try to sooth Lily, aching from her labour, with funny stories about the group. Marshall and Barney try desperately to get home to Lily.

Barney and Quin set off on their first holiday as a couple. Marshall and Lily are still coming to terms to their life with a newborn baby. Barney gets arrested by airport security because the “Magicians Code” won’t allow him to open a suspicious looking box. Robin tries to take the perfect photo of Marshall, Lily and Marvin, but fails miserably. Ted gets in touch with Victoria to see if there’s any chance the two can get back together.