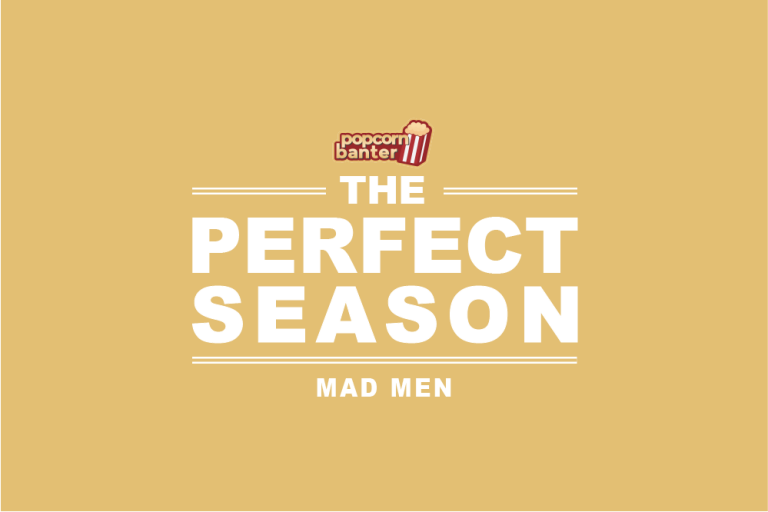 The Perfect Season is a new article series where we go through all of your favourite TV shows and find the best episodes for their respective episode number. Once all episodes are filled, this will give you “The Perfect Season” of any particular show. Determining the rankings will come down to their ratings score, as calculated by Rankin Graph. Rankin Graph has thousands of user and critic reviews pulled in from review sites. If no clear winner can emerge for a particular episode (i.e. two episodes have a ranking of 9.2/10), then we will decide the winner based on our episode preference.

In this edition of “The Perfect Season”, we’ll be looking at the show that took us back to the glory ages of New York advertising, Mad Men. With a glass of whiskey in one hand and a cigarette in the other, Mad Men was a wonderful portrayal of the social high-flying, financially lucrative world of 1960’s advertising. The show follows the life of the charming and enigmatic lead character, Don Draper played by Jon Hamm.

Don receives a poor review from a reporter due to his illusive and secretive demeanour. He struggles with a bathing suit project, as the client is insistent on showing the company in a wholesome way. Meanwhile, Pete and Peggy do their best to try and secure more funding from a big client with a publicity stunt.

After throwing a surprise party for Don, Megan feels hurt because of his poor response. Elsewhere, Pete tries desperately to secure himself a bigger office, Lane finds a missing wallet in a cab and Joan pops into office for an unexpected visit.

Side note: A Little Kiss: Part 1 only just missed out on the episode #1 spot.

On his way to holiday in Acapulco, Don has a 24hr stopover in Los Angeles where he visits Anna. Whilst trying to seduce her adult-niece, Stephanie, he receives some devastating news about Anna’s health. The bad news convinces him to cancel his vacation plans and to head back to New York. Upon returning, he learns that Lane has some big problems of his own.

Joan and Greg discuss their desire to try and have children as quickly as possible as Greg will soon be shipped off to Vietnam. When attempting to secure time off, Lane stands in Joans way, refusing to give her the time off.

An extremely fever-ridden Don is having a dispute with Megan, who is angry at the amount of former flame’s Don has in Manhattan. Graphic crime scene photos of a murder in Chicago has the office buzzing, but many are uncomfortable with the amount of interest. Don has a fever-induced nightmare about murdering a former girlfriend, Andrea. He wakes to find it was only a dream and does not share the experience with Megan.

Roger provides Peggy with a large sum of cash in order to come up with a winning Airlines campaign over the weekend in an attempt to get one over Pete. Joan finds out that Greg volunteered to go back to Vietnam, leaving her in a rage.

Lane becomes extremely excited when he learns from a fellow British ex-pat that Jaguar will be moving into the US market and will require a new advertising agency. Despite the partners being pleased about the revelation, Pete Campbell plays down the prospect. Lane attempts to take on the pitch despite a lack of experience and fumbles over the dinner pitch. Everything seems to go poorly for the agency and Lane’s frustrations with Pete end up in a good old fashion fight, which the partners sit back and observe.

A classic different perspectives episode. The same day is seen through the eyes of Don, Roger & Peggy. Don and Megan decide to go away for the weekend after Don learns that a Howard Johnson’s in Plattsburgh is looking for a new advertising agency. Peggy loses her temper when pitching to Heinz. Roger and his wife go to a dinner party where they have their first experience with LSD. The next day, Roger comes to an interesting decision about his future.

This episode is almost entirely focused on Don & Peggy. The nature of their working relationship is explored, as Don, a man of his time, believes that money is enough to constitute thanking someone for work done. Peggy, of a younger generation, feels that sometimes a thank you should be included. Not realising it is Peggy’s birthday and that she has plans with her boyfriend and mother, Don makes Peggy do long hours to work on the Samsonite Luggage pitch.

Don has an emotional revelation when he calls Anna, only to find out that she has recently passage away due to her battle with cancer. He begins to weep over the loss of his friend.

When Don feels his life is falling to pieces, he attempts to regain control through physical changes and holistic means. As Gene’s second birthday approaches, Don is denied an inviting to the party. Betty unravels when she runs into Don in a chance dinner meeting. This coincides with an important dinner in the context of Henry’s political aspirations. Meanwhile Joan and Joey continue to butt heads in the office, compounded by Joey’s insistence that Joan’s importance to the office should be placed under greater examiner.

Don is surprised and thrown a curve ball when his 10 year old daughter, Sally, shows up at the offices of Sterling Cooper Draper Pryce. Don is both concerned for her safety, as she simply hoped a train and came into New York City, and also uncomfortable with her gaining a familiarity with his work life. Peggy and Abe Dexter have a friendly relationship that eventually turns to politics. She realises they may not be on the same wavelength when it comes to certain topics.

Sterling Cooper Draper Pryce’s fortune’s begin to swing upward, but the joy doesn’t last long for Don. Betty is questioned by Government agents regarding Don and he becomes concerned that his secret will become exposed. The episode addresses racism in the 1960’s and amongst the older generation, as Lane brings his father home to meet his new girlfriend, who happens to be African-American.

The firm is closing in on their biggest account ever, Jaguar. But the man who is able to make it possible asks for an unspeakable requirement from Joan. The Partners table Joan with an offer that will require a sacrifice of dignity to become a Partner. Peggy, uncomfortable with the way she’s being treated, considers making a massive career move. Meanwhile, Megan’s acting career begins to create tension between her and Don.

Don finds out that Lane has forged his signature on a sizeable check. When Don confronts Lane about the embezzlement, his entire world begins to crumble before him. Don provides Lane was a dignity-saving passage out; resign. Don decides he’s tired of dealing with only small accounts and wants to go after bigger fish – he persuades Roger to set up a meeting with Dow Chemicals. Not wanting to spend a weekend away with the Francis’, Sally spends the weekend at Don and Megan’s house.

Don’s personal life begins to fall apart all around him. Betty begins divorce proceedings after deciding that life with Don is untenable. Don learns of the plans to sell off Sterling Cooper and the subsequent loss of the Hilton account. This causes him to come up with a creative solution to the problem. Sterling, Cooper and Draper convince Pryce to fire them in order to start a new advertising firm. Once created they will bring him in as the 4th partner.

Person to Person is the series finale of Mad Men. Pete, who has gone through a lot of personal growth, decides to start a new life with Trudy and Tammy. Peggy feels she’s finally settling in to her new work environment. Don’s journey ends in California, as he tries to embrace his new life of freedom and self discovery. Upon reaching his personal version of nirvana, he envisions the ultimate advertising campaign. The series ends with Don finding some form of personal and professional bliss.

Check out the full series of “The Perfect Season” here.