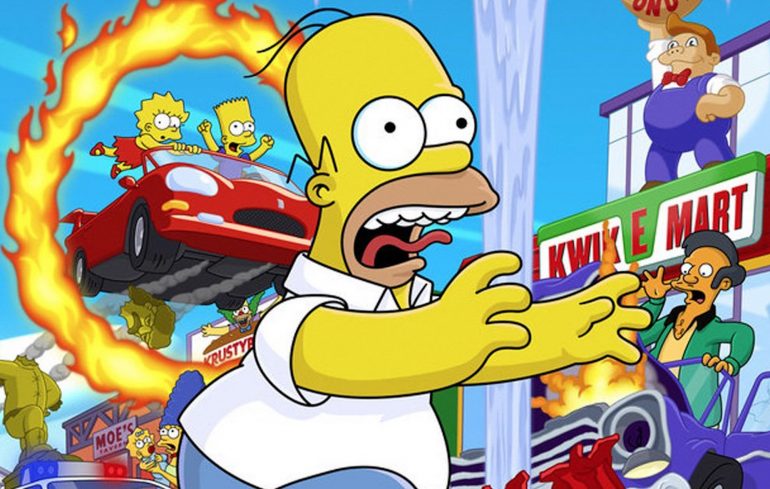 The Simpsons: Hit & Run Sequel: What We’d Do

Straight off the bat, I need to squash any excitement that this is happening. As far as my knowledge goes, it is not. I can’t imagine there’s any huge push from within the companies responsible to do so, either. However, that doesn’t mean we can’t dream big! In this article we’ll be outline what WE would do with The Simpsons: Hit & Run sequel.

The Simpsons: Hit & Run became a cultural classic when it was released on PlayStation 2, GameCube, Xbox & PC in September 2003. By this point, The Simpsons TV show had been running for 13 years (14 if you want to include The Tracey Ullman Show shorts), so the chances of the game being anything other than a smash hit were fairly minimal.

Hit & Run was a simplistic, open-world game. You picked up a mission, chased something down, and ran around town collecting coins. That’s all it was and all it needed to be. In fact, we recently named it in our 5 Video Games We’d Love To See Remade.

18 years have now passed since the game was released (oh my god, I’m getting old). If a sequel were to eventuate, you’d have to imagine it will require some enhanced aesthetics, gameplay details and story.

So without further Apu, it’s time to put on our lucky red hat and put ourselves in the world of the ever popular, larger than life Simpsons.

Expand On The World

If I had one criticism about the original game, it would be the lack of connection between the different stages of the map. This is something that was more prevalent in older games, but still pops up in more modern titles from time to time. As much as it was awesome to drive around Evergreen Terrace as Homer and Marge, or hit up East Springfield with Bart, it would have been even cooler to be able to drive from one end of town to the other.

The Simpsons: Hit & Run sequel must take full advantage of the full Springfield map. Open the sections up for exploration throughout the whole campaign, and not just in stages.

More Emphasis On The Lives Of The Characters

Several characters appear in The Simpsons: Hit & Run, but their contributions to the story are fleeting at best. Fantastic characters such as Ned, Moe, Apu, Barney, Principal Skinner, Mr. Smithers, Comic Book Guy & Krusty, only receive short screen time. They’re used as the way to begin another mission, and not really as part of the mission itself.

While Homer, Marge, Bart, Lisa & Maggie are obviously the central characters of the show, movies and games, what makes The Simpsons so fantastic is the world that it’s built.

How can we fix this? Well, it’s simple.

Give the side characters, those that are essential to the campaign, more interactivity with their respective main character. I want to see Homer completing a mission in the Nuclear Power Plant with Lenny & Carl. I’d like to see Bart in Springfield Elementary causing a ruckus with Milhouse. The list goes on and on.

Add Variation To The Missions

This may be the biggest talking point of them all.

For all the wonder that is The Simpsons: Hit & Run, one glaring issue is the lack of variation to the missions. For the most part, the missions are as simple as chasing down a truck, or speeding to victory in a race. I get why it’s like this. The game was supposed to be a car-based narrative. However, they opened up the world of Springfield to the fans, and we now know how awesome it is being able to run around town.

So, basically, we just want more of that. Think GTA…just without the murder, stealing and general horror.

If and (hopefully) when, a sequel is produced, I’d like to see much more variation to these missions.

The maps interactivity, or lack thereof, ties in with the mission variation point we just alluded to. Of course, there are some areas with interactive objects, but it’s very much a rare occurrence throughout the game.

Ideally, I would like to be able to go in and out of houses, schools, workplaces & stores. I’d like to be able to interact with food, drinks, petrol stations, and other people. I’m not saying it needs to be Red Dead Redemption 2 or GTA V standard, but just a little more than what’s currently being offered.

As it stands, The Simpsons: Hit & Run is a really fun game, and a great way to grab a bit of nostalgia. However, If you add the above points to the current Hit & Run game, it becomes one of the best games of all time.

Overall, let’s just start with an announcement. That would make me, and millions of other people very happy.

You would imagine the reason they haven’t made another Simpsons console game in a long time is they feel the market isn’t there. However, the market from The Simpsons glory days are now cashed up 30-somethings looking to grab a hit of nostalgia. Mark my words, if The Simpsons: Hit & Run sequel was released, even if it was just a remaster of the original, it would be a huge success.

Would you buy The Simpsons: Hit & Run sequel? What about a remaster? Let us know in the comments.