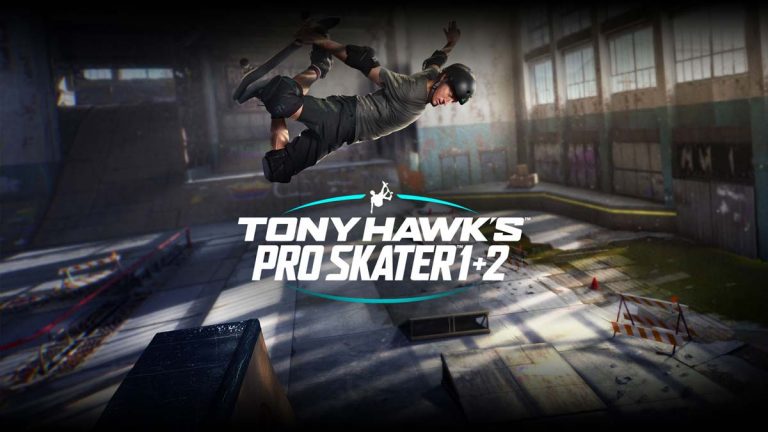 If you’re searching for a carbon copy of the games you grew up with as a youngster, then you may walk away from this review and the game with a twinge of disappointment. However, if you’re willing to embrace a game that looks and feels much like the original, but with a wonderful contemporary approach, then this could be the game of the year.

We didn’t want to dive into a ‘Tony Hawk’s Pro Skater 1+2 Remaster’ review without putting a huge amount of hours into the game (and believe me, this past weekend was a Tony Hawk’s game playing bonanza). After all, initial impressions can often be deceiving, and it’s not until you pick up the feel of a game, however long that may take, that the full picture begins to take shape. So, here is Popcorn Banter’s analysis and review of Tony Hawk’s Pro Skater 1+2 Remaster.

Likeness To The Originals

We thought we’d start with this as it seems to be the point of most contention throughout the majority of reviews around the web. Like most people, we were hoping and praying that the game would look almost identical to the ones we knew from 1999. And I must say, with the exception of some very minor detailing, the visual design is nearly identical to both Tony Hawk’s Pro Skater 1 & 2. There are some placement issues that are noticeable, and some “artistic licence” has clearly taken place on a couple of levels, but for the most part i was extremely happy with how much the game LOOKED like originals.

Now let’s talk about the feel. This is the area where initially i was a little worried. Due to my over eagerness to play the game, I found myself attempting gnarly kickflips and grab tricks in the warehouse during the installation process. I noticed that the movement system was entirely new.

Obviously, the developers felt the original games had an antiquated movement system which required rejigging. I respectfully disagree. But nevertheless, we now have a system which is slower in some aspects, such as general speed across the floor, and much faster in others, such as movement through the air. I noticed a definite speed increase when attempting complicated tricks which causes me to lose track of the process. Of course, over time i became more accustomed to the speed, but if we’re strictly discussion likeness, this is the major overhaul of the remaster.

I wanted to discuss the games likeness to the original first because i’d like the gameplay to be analysed as a unique title and not based on something that came out 21 years ago. The facts are, the game is different to the originals. Of course it is. They were designed for systems that have been obsolete for 15-20 years. But for a game that’s being judged on its own, the gameplay is bloody phenomenal.

Let’s face it, Skating titles have had a tough run of late. Whilst they’re still fun, they have never been able to reach the incredible social hype of the games from the late 90’s and early 2000’s. That’s obviously why Activision dug back into the archives to gives us the game they know we love.

What we have is a smooth ride with a minimal learning curve. From the second you pick up the control and start doing kickflips, it feels natural. The game has an easy grind and manual mechanism (which i’ll touch on later), and once you get the hang of how to land your tricks properly, high scores are very achievable. My only minor gripe regarding the game play revolves around landing. There definitely seems to be a smaller window for landing your big spin or kickflip moves. I’ve tested this to the moon and back and have found that even when im landing directly down the half pipe, my guy will stack it a fair portion of the time. I’m hoping this is a minor bug, because it’s super annoying. Hopefully a patch over the next few weeks will address these minor tweaks.

The game allows you to play both THPS1 & THPS2 at your leisure. You’re provided the opportunity to free skate, play career mode, play with friends in the multiplayer mode or you can go into the ranked competition and see where you stack up with the rest of the world.

The ranked competition is another inherent flaw in what is otherwise my favourite game since Red Dead Redemption 2. It is far, far too easy for players to complete 15x, 20x, 30x or 50x multipliers by using manuals and grinds. Don’t get me wrong, it’s part of the game and if you’re achieving these scores by doing 10 minutes of overtime, more power to you. But i’d like to see a ranked mode which disables scoring off manual multipliers. That’s just my opinion, and i’m sure others feel that manual combos are fair game.

The online multiplayer mode is a little half-assed at this point. Basically all I wanted was the ability to jump online with friends and friends only. Having a competitive online mode is still pretty fun, but without the addition of a private mode, it seems like it hasn’t been thought through. Hopefully this will be rectified in the future.

The remastered graphics have been a wonderful success. The game looks fantastic, from top to bottom. I genuinely believe they made the right call in the vast majority of the updates/improvements that were made. The course designs are smooth and polished and the characters have been designed really well. Often developers go way too far in prioritising graphics in modern games. I feel developers Vicarious Visions did a superb job in maintaining the balance between solid graphics and smooth, fun gameplay.

From a soundtrack perspective, I was pleasantly surprised at how they merged both the old and the new. The old tracks provide the nostalgic feeling we wanted, and the contemporary songs don’t at all feel out of place. Modern sports games have become oversaturated with really intense music of late. That’s fine, because the market demands it. But the soundtrack from Tony Hawk’s Pro Skater 1+2 has done a great job of appealing to those who enjoyed the soundtracks of yesteryear.

If it isn’t plainly obvious yet, i’m a massive fan of Tony Hawk’s Pro Skater 1+2. From the graphics, to the gameplay and the soundtrack, the game has been a massive success. I was obsessed with the originals, played hours of them, both at the time and in the last few years. While i’ve noted that the game isn’t a complete pound for pound replacement, it doesn’t need to be. The flavour and feeling of the game allows it to stand up on it’s own. I can see myself putting hundreds of hours into this game moving forward.