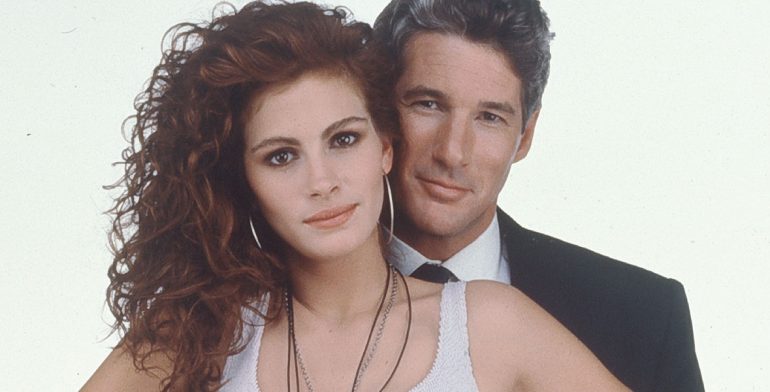 No matter who you are, no matter if you’re trying to hide it or not, it’s impossible to deny that everyone has a soft spot for rom-coms. Often they can be incredibly corny. Just as often they can not quite live up to the “comedy” portion of their name. But every now and then, a rom-com comes along that nails the balance between humour and romance in a way which endears the movie to our souls.

During the 1990’s, we were given a lush assortment of rom-coms that filled all three of the categories listed above. The 90’s seemed to be the sweet spot for this particular genre. A moment in time where comedy was at a high point and we all still felt a desire to see two people fall in love.

Chasing Amy is a rom-com brought to us by the criminally underrated Kevin Smith. It takes place in the View Askewniverse, which comprises of 8 movies & cartoons. The film follows the story of Holden (Ben Affleck) & Banky (Jason Lee) who are authors of popular comic books. Holden has feelings for Alyssa (Joey Lauren Adams) who happens to be a Lesbian. The friendship the two share weakens the friendship between Holden & Banky.

I will give you 10 bucks right now if you can prove to me that you’ve never said, “You had me at hello” or “Show me the money!”. These lines have become so universal that i’m sure young kids are using them in the school yard without even knowing where they came from.

Jerry Maguire is a terrific film, depicting a man’s realisation that everything he wants in life is family and love. Although the film starred Tom Cruise and Renee Zellweger, it featured and Oscar-winning performance from Cuba Gooding Jr.

On top of the story of a man’s Footballing journey, we were given a ‘this could only happen in a movie’ love story and of course a ridiculous cute little kid. If that isn’t the recipe for a generation defining Rom Com, I will eat a literal hat.

Another Tom Hanks & Meg Ryan film. Those two had some rock solid chemistry during the 90’s.

I remember You’ve Got Mail distinctly as one of the first 3 DVD’s my family owned when the devices become commonplace in households.

Two competing bookstore owners strike up a love/hate friendship off the back of their mutual disdain (at first) for one another. Despite their face-to-face behaviour, the two accidentally for for one another online, without even knowing it. Considering Tinder was still years away, this film can be considered way ahead of it’s time as far as online dating goes.

7. There’s Something About Mary

Ted, your classic movie geek, hires a private investigator to track down his college sweetheart, Mary. But due to Mary’s like-ability, Ted quickly finds that he isn’t the only one vying for her affections.

Remember when Adam Sandler was making films that didn’t make you want to sell your TV? Well, despite that small jab, we do…and we loved much of what he did in the late 90’s. The Wedding Singer was a story about Robbie, a wedding singer who is left at the alter by his then fiance. He meets Julia, who is soon-to-be-wed to the towns token jerk-guy. The two share time together and realise that maybe there’s more to their connection than just a great friendship.

I was surprised to see the Rotten Tomatoes score of ’10 Things I Hate About You’ so low. Throughout my time it’s always been universally agreed that this was one of those, “you’ve gotta see it” movies. Well, regardless of a subpar RT score, it still makes this list, because it really is the definitive teenage rom com.

10 Things I Hate About You brought us some iconic moments. None of these more memorable than the singing in the grandstands scene, which you can watch above. This scene would be hilariously spoofed in the 2000’s Teen film, ‘Not Another Teen Movie’.

The film also features and incredibly young Heath Ledger and Julia Stiles. Who could possibly hate that?

Tom Hanks’ characters are generally likeable guys at the best of times. But when he’s playing a down-on-his-luck, widowed single Father, you have no chance of remaining impartial. Sleepless in Seattle is a great popcorn film to get you through a rainy day (just to mimic your classic Seattle lifestyle). Tom Hanks plays Sam, an architect who is raising his 8 year old son, Jonah, by himself. When Jonah forces Sam to call a national radio talk show, it sets him on a path that would eventually lead to Annie Reed (Meg Ryan).

Groundhog Day has become even more relevant in the days of isolation that we currently find ourselves. Hitting snooze at precisely the same time every morning for no particular reason is something Bill Murray’s character can clearly resonate with. Groundhog Day’s charm is largely rooted in Bill Murray’s ever-charming presence.

Along with co-star, Andie McDowell (also from 4 Wedding & A Funeral), the two have terrific chemistry and make for a great on-screen couple (whoops, spoilers).

Edward (Richard Gere) is a rich businessman who hires Vivian (Julia Roberts) to accompany him to an assortment of social & business events. Vivian’s job as a prostitute causes issues for Edward and significantly rears its head when he realises he’s starting to fall in love with her. The two attempt to bridge the gap between their worlds. 30 years on, this film doesn’t quite have the same social clout that it once did, but it’s still remains a nice easy film to watch.

Notting Hill would have to be close to my favourite rom-com. Mostly because it’s hard to resist the charms of Hugh Grant, but also because the performances of Julia Roberts (as Anna Scott) and Rhys Ifans (Spike) are fantastic. When Anna Scott, a Hollywood Actress, walks into William’s (Hugh Grant) sleepy English bookshop, he doesn’t quite realise how much his life is about to change. The two embark on a relationship that has wonderful highs, but one that causes friction as they realise the differences in their lifestyles may be too great.

Extra points for adding the phrase, “Whoopsie Daisies”, into my life.

Are we missing one of your favourite 90’s rom-coms from this list? Let us know in the comments section below. If we receive enough votes, we’ll make sure to add the movie in!

If you liked this article, check out our Top 10 Best Sitcoms of the 90’s.