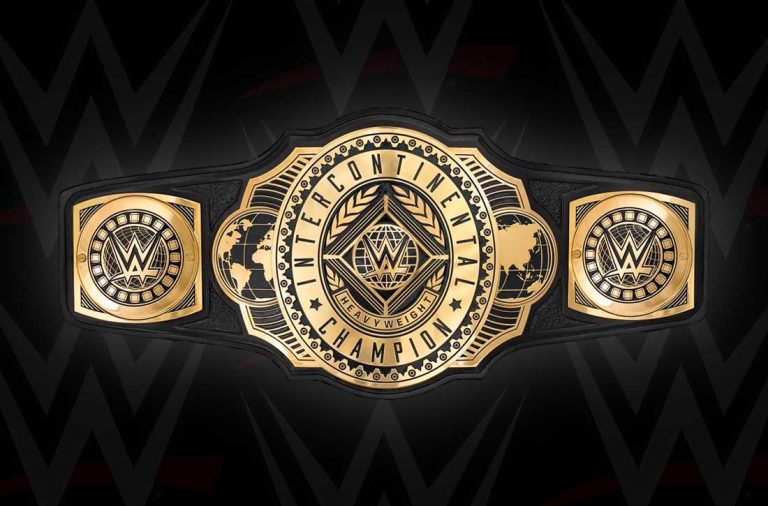 The Intercontinental championship has had a long and prestigious run in the WWE. Long considered the ‘workhorse’ championship, it’s often been the prize for the hardest working wrestlers within the company. Usually a pit stop on the way to the top of the card, the individuals who have held this championship often do so to prove their worth. More often than not the battles for this title have been relied upon as the more technically sound matches on the card, showing all of us that you don’t have to be a main title holder to be the best wrestler in the company.

There couldn’t be a list of top Intercontinental Champions without the Honky Tonk Man. Although he only had one run with the title, it is still to this day the longest reign in title history. The Elvis wannabe definitely isn’t on this list for his great wrestling skill. In fact he makes the list almost despite this. His matches were often disappointing, with the Honky Tonk Man defending via countout, DQ or other technicalities. However, this is what makes this run so entertaining.

The plan for Honky Tonk’s title run was only meant to be as a transitional champion, waiting for Jake Roberts to take the title off him relatively quickly. But with Roberts failing multiple drug tests, Mr Tonk made the most of the opportunity making this run of the most entertaining, albeit frustrating reigns ever.

At the time of writing Jeff Hardy is the current Intercontinental Champion. The high flying Hardy brother has been in and around the Intercontinental Title picture for much of his singles career within the WWE. He always seems to find his way back to it. With insanely entertaining and memorable feuds over the title with Johnny Nitro, and Umaga he has proven his ability to hold this Mid card title.

Jeff Hardy is the first example on this list who held the Intercontinental Title on his way to top of the card success. After spending much of his career contending for this title. He used the momentum gained for a much deserved WWE and World Heavyweight Championship run just before leaving the company in ’09. The Charismatic Enigma continues to prove IC title bouts are consistently entertaining even in the modern era.

Mr Perfect is synonymous with technical prowess in the ring. He has a history of fantastic matches and really personifies the workhorse qualities of the Intercontinental Championship. His first reign came after winning a tournament to capture the vacant title. However it was his second reign that really solidified his spot on this list.

In that time he cut some of the best promos of all time, and wrestled some amazing matches fending off one challenger after the next. With this he proved himself as one of the best in the company, who never reached his full potential. The reign was devastatingly cut short due to multiple back injuries, this ultimately was Mr Perfect at his best as. Unfortunately he never had the capabilities to live up to the standard he set with the Intercontinental championship, giving it the best years of his career.

The reason he makes this list is the matches in which he became champion. First his match against Mr Perfect at Summerslam ’91. In an emotional victory, Brett Hard reversed a leg drop attempt into the sharpshooter for the submission victory. This match was given more importance with his parents being in attendance. Secondly Brett Hart beat Roddy Piper his real life cousin for the title in April ’92 by pinning Roddy piper in the ring. Made all the better by how rarely such an event has occurred. All combined Hart hasn’t held the title for quite as ong as some of the superstars on this list. However it’s what he did for the title that have proven his worth on this list.

The Ultimate Warrior will forever be known as the one who ended the Honky Tonk Man’s epic reign as the Intercontinental Championship. And in 13 seconds no less. That was just the start of The Ultimate Warriors relationship with this title.

In his 2 reigns as the champion The Ultimate Warrior got close to Hulk Hogan as far as crowd reactions go, and that was almost unheard of back then. He was so popular that he earned himself a title match against Hogan for the WWE title, and won! The Ultimate Warrior never really held the main title with as much dominance as he did with the IC title unfortunately, but this isn’t a list of the best WWE champions. He defended the title with absolute supremacy throughout his run, and skyrocketed the importance of the strap.

At the time of writing Chris Jericho holds the record for the most IC title runs. Although a few of these were only brief he still is one of the greatest to hold the championship. He has done great things with the title, with his matches againsts Rey Mysterio, RVD and Chris Benoit standing out.

Y2J has a unique ability to control the audience, and they hang on every word he says. He backs this up with the in ring talent to rival some of the best of all time. Currently wrestling in AEW, unfortunately it’s unlikely we will ever see Chris Jericho hold the ever title again. Although what he has done with and for the belt speaks for itself, and let him go down in history as one of the greatest.

The Miz has proved time after time he is the Intercontinental Champion of the modern era. As it stands he is second in both number of reigns as champion and combined days as champion. Being that he is an active wrestler in the WWE it seems only a matter of time until he’s top dog in both. The WWE clearly have faith in The Miz to hold this title, and it’s not hard to see why.

He had a rocky start with the title, his forst 4 reigns being less than a month long. His more recent runs witht he belt are where he really shines. The Miz is not short of charisma, and can put on a good match, he’s done some of his best work while Intercontinental champion. In an episode of Talking Smack, The Miz delivered a promo outlining exactly why the IC title is the most important in the WWE. And its this passion for the title that sines through in his work and pushes him up the ranks in this list.

In his time Razor Ramon was breaking records with the IC title. He was the first champion to hold the title 3, and 4 times respectively. Suffice it to say his career was the Intercontinental Championship. His first reign with the title came after a face turn leading to him winning the vacated title in a tournament final against Rick Martel. With Shawn Michaels returning and claiming he never lost the title, this lead to a ladder match between the two at Wrestlemania X. This match exceeded all expectations, and earned a 5 star rating, with Ramon proving he was the rightful owner of the title.

Subsequent reigns never truly lived up to the prestige of his first run, the bar was set early on and proved hard to live up to. His Intercontinental Championship runs were peak Razor Ramon within the WWE when after his 4 reign was over he left WWE for WCW where he was part of the ever popular nWo.

When Shawn Michaels started in the WWE it never seemed like he was destined for greatness. He began as a tag team wrestler as part of The Rockers with Marty Jannetty and was presumed that’s all he would be. As we all know now HBK is arguably the best singles wrestler the company has ever seen. His reigns with the Intercontinental championship are the catalyst for this change in trajectory.

His feuds over the title are some of the most memorable of all time. Matches like the ladder match against Razor Ramon (see above), and the first ladder match of all time against Bret Hart were examples of why HBK could more than hold his own as a singles star. And the rest they say is history. HBK is one of the most successful stars, with wwe title reigns a plenty. And we can all thank the IC title for letting us experience Michaels at his best.

Although Randy Savage only held the Intercontinental Title once, with was without a doubt the greatest reign of all time. At the time Macho Man ran absolutely savage in the company with the title beating all contenders with ease. In this time Randy Savage was building his stock within the company, and took the Intercontinental Championship with him. As such he elevated the belt to near World Title levels.

The Macho Man build his character alongside the Intercontinental Title with a delivery and tone that’s often quoted but never fully replicated. He proved why he would one day be the top guy in the company with dominant displays over all contenders for his title. However it’s in defeat that this championship peaked with one of the greatest matches of all time. With Ricky Steamboat reliving Macho Man of the title, it was clear to all that he was destined for bigger and better things.

Do you agree with our list? Who do you think deserves a spot as the top Intercontinental Champions of all time? Let us know in the comments below.