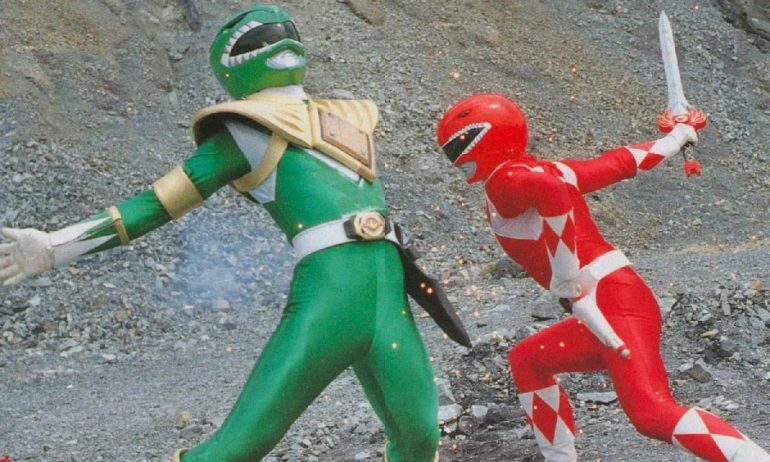 Debuting in 1993, Mighty Morphin Power Rangers became an absolute sensation with the children of the world. With the bright uniforms, cool zords, and cartoonish super villains, it doesn’t take a genius to work out why.

The team of Jason, Tommy, Zack, Kimberly, Trini & Billy were a dynamic group of teenagers with attitude. They clearly resonated with fans as Power Rangers toy sales ballooned into the stratosphere during the first two seasons.

Jason, Trini & Zack would leave the show just prior to the filming of the 1994 Mighty Morphin Power Rangers movie. They were replaced by Rocky, Aisha & Adam. All three did commendable jobs, but they weren’t able to lay a candle to the original team of Power Rangers.

The Power Rangers franchise has blossomed into one of the biggest and most successful children’s TV franchised of all-time. However, the franchise could never quite reach the dizzying popularity heights of those first few seasons.

Let’s dig into our list and see which episodes rank at the very top. The stats in this list are taking from reviews on IMDb.

Still locked in the Dark Dimension, Jason continues fighting Goldar. After a while, Goldar is joined by the Green Ranger.

Just in time, Alpha and the other Rangers are able to lock into Jason’s Communicator. They teleport him out of the Dark Dimension and back to the Command Center.

Their success is somewhat bittersweet, as Zordon is still list and the Command Centre is ripped to shreds.

Doubling down on the Rangers, and Alpha’s pain, Rita summons Scorpina to battle the Power Rangers.

Jason is preparing for a martial arts tournament when the gang first see Tommy, a new kid in town. Tommy’s martial arts skills rival Jason’s and he manages to catch the eye of Kimberly.

Because of Tommy’s skills, Rita eyes him as the perfect candidate to help take down the Rangers. She uses her Putties to kidnap Tommy, transporting him to her moon base. Rita places a spell on Tommy, turning him into the evil Green Ranger.

Now, armed with a Power Coin and access to the Dragonzord, Tommy breaks into the Command Center, installs a virus in Alpha 5 and completely trashes the place. In the process, Zordon is cut off from the Rangers dimension and is no longer able to communicate.

The Power Rangers do battle with the Green Ranger who is able to gain access to the Megazord and temporarily defeat the Power Rangers. They retreat to the Command Center where they’re able to restore Alpha, but unable to learn anymore valuable information.

The Command Center is still in tatters and the Rangers are still rocked from the Green Rangers attack. Billy & Trini begin repairs and trying to fix Alpha 5.

After completing Rita’s training run, she gives Tommy the Sword of Darkness, which keeps him under her spell forever.

The Rangers are still without a plan. Jason talks to Tommy at school, informing him he won’t be able to workout with him later. Tommy, possessed under Rita’s spell, teleports Jason into the Dark Dimension.

Without any way to escape and no way to contact his friends, Jason is forced to fight Goldar alone.

Goldar grows and begins an assault on Angel Grove.

The Rangers continue their desperate search for Zordon. However, while the Rangers are out, the Green Rangers once again enters the Command Centre. This time, however, Alpha is prepared for the attack. The Green Ranger is captured in a stasis shield.

Rita frees Tommy from the shield, and using her wand to make him grow.

The Green Ranger joins Goldar & Scorpina in their fight against the Megazord. Rita cast a spell which causes a solar eclipse. As the Megazord is powered by the sun, it shuts down. The Megazord falls to the enemy, causing the Zords to separate and fall into a burning hole in the ground.

The Rangers must retreat. They learn that the Green Ranger is none other than Tommy.

After learning of Tommy’s true identity, Kim confronts him in the Youth Center. Ignoring her words, he simply informs her that they will soon be destroyed. Using the Dragon Dagger’s flute, the Green Ranger summons the Green Dragonzord.

Zordon’s signal is finally firmly re-established with the Rangers dimension. The team is able to recover the Megazords, allowing them to take on the Dragonzord.

Jason and Tommy engage in a final battle. Jason is victorious. In battle, the Sword of Darkness is destroyed, which frees the Green Rangers, and Tommy, from Rita’s evil spell.

The Power Rangers offer them a place within the team, which Tommy accepts. The Dragonzord is able to form with the Megazord, which creates the ultra powerful Dragonzord in Battle Mode.

Tommy is welcomed into the team, officially become the 6th Power Ranger.

We’ve done quite a number of these Highest Rated episode list in the past, but I’ve never seen one as concentrated as this. In the grand scheme of things, it doesn’t surprise me all that much. The Green With Evil storyline is widely considered the best from Mighty Morphin Power Rangers run. However, I wasn’t expecting to see all 5 parts lined up consecutively.

How do the Highest Rated Episodes of Mighty Morphin Power Rangers line up with your favourite episodes? Let us know below.