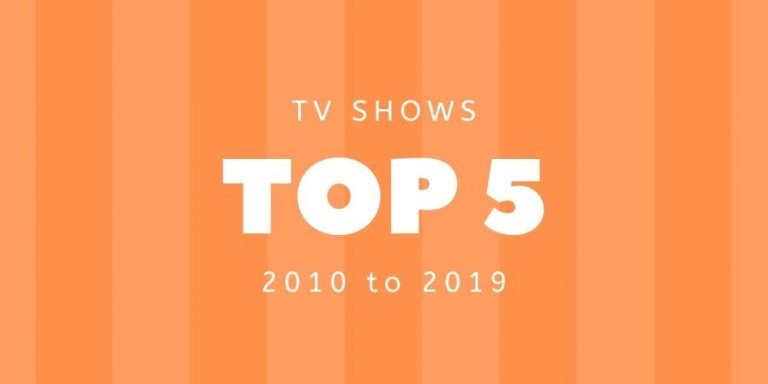 It’s hard to pinpoint the exact moment when the tide turned. But somewhere around the 2005-2010 mark, we embarked on a TV quality revolution of sorts. That’s not to say that TV wasn’t good beforehand, but it was substantially different.

Going back through the annals of television broadcasting, there are very definitive eras that emerge. The 80’s brought us family-oriented sitcoms, the 90’s, although still in the sitcom genre, focused more on young single people living in fancy American cities. The 2000’s then became what I like to refer to as a transition decade.

Sure, there was still the family friendly sitcom here and there (How I Met Your Mother & The Big Bang Theory for instance), but studios realised there was a lot of interest in more dramatic and thrilling shows such as Lost & The Sopranos.

It’s at the end of this period, and leading into the 2010’s, that we’d like to focus. To quote Dean Pelton from Community, “TV has gotten crazy good lately”.

How exactly do you decide on the best TV shows of the decade? We’re so glad you asked! The following aspects are taken into account:

The Walking Dead (which is still running) is a gripping action drama that depicts a group of survivors, trying desperately to stay alive in a hellish, zombie-infested, post-apocalyptic wasteland.

The show was hugely popular at the begin of the decade, and although it has slightly fallen away in terms of viewership (and some would say quality), it is still widely watched and to this day remains captivating to its audience. The Walking Dead is a show that tries its hardest to surprise you and isn’t shy when it comes to removing fan favourites in heart-wrenching scenes.

Although the quality hasn’t remained through 100% of its run, it still has enough points on the board to sneak into the top 5.

Working off the mockumentary style of TV comedy that was made famous by The Office in the previous decade, Parks and Recreation was genuinely hilarious for the entirety of it’s run as it displayed the kinds of balls to the wall humour that I assume occurs in every government office building…*crickets*.

A favourite with TV lovers, Parks and Rec remained highly popular and filled with quality episodes throughout the entirety of its run. An aspect of the show that sets it apart from many others, was the plethora of popular characters that were created through the course of the show.

Leslie Knope, Ron Swanson, April Ludgate & Andy Dwyer are characters that are often quoted in real life and responsible for some of the best memes floating around the internet. It’s hard to leave a show with that kind of legacy off this list.

Perhaps with the exception of our #1, no show has left as much of a cultural legacy than Breaking Bad. Now, I don’t mean that in a ‘everyone is now a drug dealer’ kind of way, but what I mean is that Breaking Bad was one of the ultimate water cooler shows of the 2010’s.

The characters the show has created, such as Walter White, Jesse Pinkman & Saul Goodman are iconic, whilst the character development that occurred throughout the shows run is absolutely second to none. Walter White’s transition from standard joe family man, to criminal genius was a testament to the tremendous abilities of the shows writing staff.

Breaking Bad also has the highest overall Rotten Tomatoes & IMDb score of any show on this list.

Mad Men was a show that lived and breathed off the back of one character, Don Draper. I mean, of course there were other amazing characters, such as Peggy Olsen and Roger Sterling, but Don was just the man who had everything, and yet had nothing.

The man was charming, articulate, incredibly clever and most importantly, a tremendous salesman…but he was also undoubtedly and unequivocally troubled and disturbed. And boy, did that make for some great viewing.

Following a marketing agency, Sterling Cooper, during the golden period of time for businesses in America, provides a wonderful look into all aspects of high-end business life in 1960’s New York City.

Unlike many other shows of it’s time, Mad Men was not a fast-paced, thrills-a-minute show. It instead relied on strong dialogue, long-term character development and some of the best one-liners you’re ever likely to hear. These are the elements that help cement its place as one of the best shows of the decade.

There really wasn’t any denying what show would be #1 on this list. Game of Thrones turned into what is perhaps the biggest show of all-time. In a true testament to its power to build an audience, GoT was able to bring in people from all walks of life, regardless of their pre-determined opinions about fantasy genres.

Although, in the final two seasons, the quality undoubtedly waned, GoT delivered several seasons of high intensity thrills, devastating lows and heart-wrenching developments that would quite literally keep viewers on the edge of their seats. The writing teams ability to write off a character in an instant meant you could never skip and episode or “catch up” later, because you simply never know what you were going to miss.

Ironically, shows that provide satisfying conclusions leave less to be discussed in the years after their farewells, but considering the hugely unpopular finale, GOT’s will likely be discussed for many more years to come.

Did you agree with out list of the Top 5 TV shows of the last decade? Let us know your thoughts in the comments section.