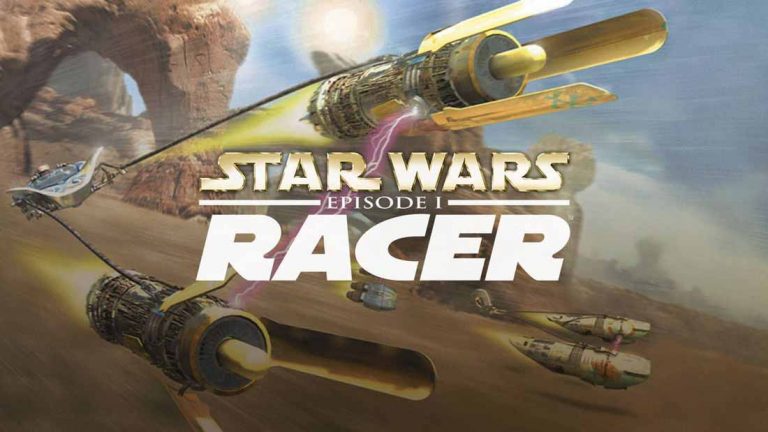 Star Wars Episode 1: Racer was originally released in 1999 on the Nintendo 64 by Lucasarts. It immediately gained notoriety for being a fun multiplayer game. Of course, being part of the Star Wars franchise never hurts. In the years since, and despite games like Mario Kart continuing to jump from console to console and strength to strength, Star Wars Racer was left in the past. Well, not anymore…but not in the way you might have thought or hoped.

When it was announced that the game would be re-releasing on PS4 & Switch, many had hoped for an updated version, with enhanced graphics and a re-envisioned career progression system. In actuality, we were given a direct port of the original 1999 release, and frankly, that’s a very good thing.

Don’t get me wrong, I’m a huge fan of modern games. The graphics, engines, stories & world immersion are phenomenal and a true testament to the skill of contemporary game designers. But there’s an elegance to the simplicity of the games of the past. As soon as I started playing, i was hit with the obvious nostalgia, but also by the realisation that it’s actually a very fun and very well made game.

Star Wars Episode 1: Racer is not without its flaw, of course. Despite a reasonably successful port to HD screens, the graphics still have a hard time feeling at home in 2020. The soundtrack is great, but over time (and to be fair, i probably played too long) it starts feeling repetitive. If i had to be overly critical, i would have preferred an updated career mode with more options and higher stakes.

Despite these minimal flaws, I had a fantastic time revisiting my youth and playing Star Wars Episode 1: Racer. I genuinely intend to play a few races here and there as a part of my regular gaming routine. I will without question be whipping this classic game out when entertaining friends.

Star Wars Episode 1: Racer is out and available to purchase on the PS4 & Nintendo Switch stores. At roughly $20 for the game, this is one you won’t want to skip.