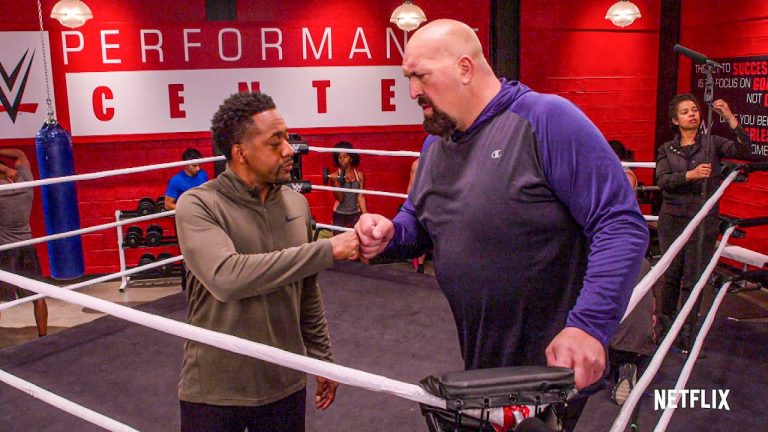 In a massively left-field play, Netflix has just launched the trailer for ‘The Big Show Show’, a sitcom about….The Big Show.

Due for release on Netflix on April 6, The Big Show Show will be a light-hearted family comedy focussing on the *fictional* lives of The Big Show and his family. The premise will focus on Big Show’s teenage daughter moving in with him, his wife and his two younger daughters.

The trailer should give you a good sense of the kind of humour and writing that you can expect, which is much in line with a standard sitcom format. The show appears to have a laugh track behind it, which is an interesting call for a Netflix-based comedy.

The Big Show’s acting chops have improved considerably since his early days in the WWE, something he has clearly worked very hard on throughout the years.

It will be interesting to see the public reception to this show and whether it will be continued for further seasons.