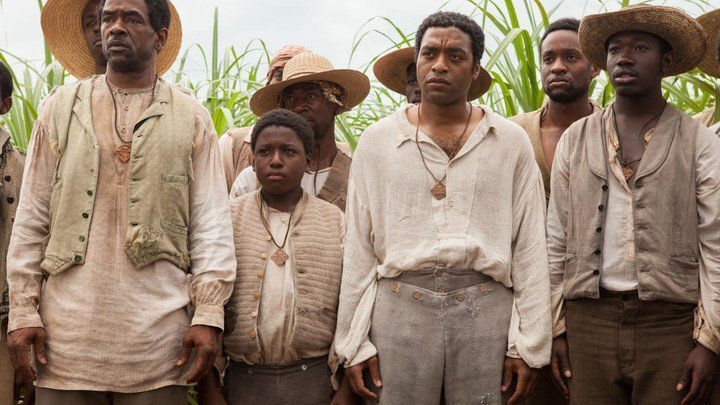 What Are The Best Movies Of This Century?

With Quentin Tarantino’s recent comments that The Social Network (2010) is “hands down” the best movie of the last decade, it got us wondering what films would make the list if we stretched the timeframe back to the year 2000. Now, we’re not generally in the business of disagreeing with an absolute pro like Tarantino, but to say The Social Network is the best film of the last 10 years is probably a stretch. Without creating an ordered list, which would be wildly subjective, we’re going to list the 20 best films that have been made since the year 2000 (in no particular order).

Of course, this kind of list is based on opinion and open to endless debate. If you feel different films deserve to be listed here, let us know in the comments section below.

We figured we’d start with this because it is in fact a good movie. Whilst we don’t agree that it’s categorically the #1 movie of the 2010’s, we’d happily put it in a top 20. Jesse Eisenberg plays Mark Zuckerberg in a role that he thoroughly owned. His ability to characterise Zuckerberg’s flippant, condescending and brilliant mannerism’s were truly inspired. Of course, it’s worth remembering that when this movie was released, both Zuckerberg and Facebook won’t known and seen in the same light they are now, so it was easier for audiences to empathise with the characters.

12 Years A Slave made a big impact on both cinema and society when it was released in 2013. The movie struck a tone with not just American’s, but people from all over the world. The story follows Solomon Northup, a free man, who is kidnapped, tricked and sold into slavery. The movie depicts the struggles of America’s African-American people’s as they tried desperately to earn themselves freedom in a volatile and impassionate pioneering time.

Whether or not you understood its premise, Inception is undoubtedly a masterful film. Inception is wonderfully directed by a man who will feature a couple of times on this list, Christopher Nolan. With an all-star cast of actors, and a storyline that keeps you enthralled from start to finish, Inception was a big deal when first released, and continues to captivate audiences to this day. Whether talking about the cinematography, score, direction or acting, Inception thoroughly deserves a spot on this list.

Matthew McConaughey is a man with enormous talent who has had some magnificent performances in a wide range of different movies. Whilst this might be an arguable statement, we thoroughly believe that if there’s one movie that truly depicts his level of talent, it would be Dallas Buyers Club. The film follows a man named Ron, a rodeo cowboy who is heartbreakingly diagnosed with AIDS. When he discovers that a banned drug can help AIDS patience live a longer life, he forms a club to smuggle the medicine in and distribute it to those in desperate need. Dallas Buyers Club won both McConaughey (Best Actor) and Leto (Best Supporting Actor) Oscars nominations and victories.

Dunkirk is a war epic, set during World War II. During an intense battle with German troops, soldiers from the British Empire, Belgium and France try desperately to evacuate citizens from the town of Dunkirk. Dunkirk was directed by Christopher Nolan and won 3 Academy Awards (Sound Editing, Sound Mixing, Film Editing). The film has been hailed as one of the best war movies amongst a large catalogue throughout the genres history.

Catch Me If You Can

A talent and evasive con artist (DiCaprio), who has scammed people out of millions of dollars, is chased down by a determined FBI agent (Tom Hanks). As time goes by and the two enemies near closer to each other, they form a unique and remarkable bond, despite being on different sides of the law. Catch Me If You Can is often forgotten, but is a remarkable story told by two incredible actors.

Short Term 12 is a story about Grace, a councillor for at-risk teens in California. As cool as her temperament may seem, Grace begins to lose control of her group and herself as the pressure begins to mount within the facilities. Grace must fight for both her teens and herself as she attempts to make everyone’s lives a little bit better.

King George VI (Queen Elizabeth’s Father) attempts to fix his speech impediment issues with the help of a speech therapist, Lionel Logue. His attempts to fix his speech patterns are based on his desire to help lead England through the extremely difficult WWII period. Firth is tremendous as the quite and reserved King George VI, whilst Geoffrey Rush’s performance received a nomination for the ‘Best Supporting Actor’ Academy Award.

Cast Away was a cultural phenomenon when it was released in 2000. Frankly, it’s hard to believe that it was released so long ago, such was the production quality and cinematography. Tom Hanks starred in the role, which for the most part was entirely a solo endeavour (aside from his beach ball, Wilson, of course). Cast Away told the story of FedEx employee, Chuck Noland, who following a plane crash, becomes stranded on an uninhabited island. This film is a survivalist story that documents that mental trials and tribulations of a man who simply wanted to get home. Both Hanks and director Robert Zemeckis deserve a huge amount of credit for the way Cast Away turned out.

With a whopping 97% percent Rotten Tomatoes score, it’s safe to say the general public is a fan of The Hurt Locker.

Set during the Iraq War, Sergeant William James, recently assigned to a new army bomb squad, is at odds with his fellow squad members as they struggle to deal with his unorthodox approach to his work.

Argo tells the story of an exfiltration specialist masquerades as a Hollywood producer in order to rescue six Americans trapped in Tehran. The Americans are being held captive during the US hostage crisis in Iran.

Harry Potter and The Deathly Hallows: Part 2 was the culmination of an epic saga, consisting of 8 films spread across 10 years. The film brought Harry Potter and Voldemort together for one final battle and it didn’t disappoint it’s long time fans. This film, along with Harry Potter and The Prisoner of Azkaban, is widely considered the best of the franchise, with a Rotten Tomatoes score of 96%.

Boyhood is a story that shows how incidents and events throughout a young man’s live can mould their future selves. After his parents divorce, MJ and his sister live with their Mother, with visiting rights given to their Father. The film obviously struck a chord with many viewers as it has an incredible 97% rating on Rotten Tomatoes and 100% rating on Metacritic.

Boyhood was nominated for 6 Academy Awards and won 1 (Best Supporting Actress). The fact that a movie with such a huge public approval rating shows that often there can be a disconnect between the films that win the awards and those that probably should.

We felt it would be remise of us not to include at least 1 animated film. It’s not to say animated films aren’t fantastic, but in such a wide and diverse list, it’s hard to squeeze the very best animated film in. Monsters, Inc., however, remains to this day a film that is universally adored. The movie has a timeless quality, a fabulous voice acting cast and memorable, ahead of its time, animations.

Mad Max: Fury Road was a modern continuation of the famous Mad Max trilogy of the 80’s. Mad Max is a dystopian film set in the harsh, post-apocalyptic Australian Outback. The film follows the main protagonist, Max, a drifter and a survivor. In a quest to free the lands water supply and overthrow a tyrant, Max unwillingly joins Imperator Furiosa, a rebel warrior.

Mad Max: Fury Road was widely enjoyed by fans which is somewhat uncommon for modern adaptation of generational franchises. The film has a 97% Rotten Tomatoes score.

Avengers: Endgame was the 22nd interconnected movie in the Marvel Cinematic Universe and an epic conclusion to the Infinity Saga. Avengers: Endgame takes place only days after the events of Avengers: Infinity War. The universe has been left in ruins after 50% of all living creatures were removed from existence by Thanos. The Avengers must scramble their minds, wills and bodies to defeat their common enemy and bring everyone home.

Anchorman: The Legend of Ron Burgundy

So many movies on this list are either serious, or epic action adventures. It makes sense, as it’s rare for a silly movie to be considered one of the greatest ever due to the wide difference in humour each person can have. Anchorman, however, is a movie that has most assuredly stood the test of time. 16 years after its release, Anchorman is still widely quoted, with dozens of memes circulating based on the films jokes. Anchorman is a film which consistently ranks highly on all-time comedy lists and deserves it’s place amongst the highest echelon of films.

Many great stories have been told of the soldiers and battles that defined World War II. But not all wars are fought on the front line. The Imitation Game is the (mostly) true story of how Alan Turing used a super computer to crack the German enigma code. With the help of his fellow mathematicians, Turing builds the computer which helped the allies decipher German communications and ultimately win the war.

The Lord of the Rings: The Return of the King

The Lord of the Rings: The Return of the King was the final film of The Lord of the Rings trilogy, bringing to an end the epic story. As the former fellowship members prepare for the final battle, Frodo and Sam continue their epic journey and approach Mount Doom to destroy the One Ring. Gollum attempts to sabotage their journey, hell bent on stealing the ring for himself.

The Return of the King has a 93% rating on Rotten Tomatoes. The movie was nominated for 12 Academy Awards, winning a whopping 11, including Best Picture and Best Director.