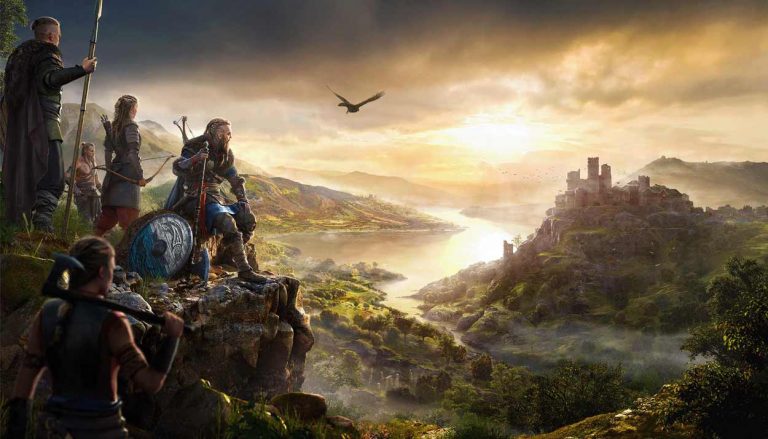 What To Expect From Assassin’s Creed Valhalla

Assassin’s Creed: Valhalla will focus in on the Viking era, covering the Norse mythology revolving around this culture. Thanks to the April 30th ‘Official’ launch of the game, we know have several answers to pressing questions.

Assassin’s Creed: Valhalla WILL Be Compatible on Both Next-Gen Consoles & Current Consoles

Since every one had pretty accurately guessed that this release would (sort of) coincide with the release of the PS5 and Xbox Series X consoles, the question on everyone’s lips would revolve around the games compatibility. Thankfully, we now know that the game will indeed be compatible with current consoles and the coming next-gen models.

In addition to this, Microsoft have announced “Xbox Smart Delivery”. This system will allow users who purchase games Xbox One games prior to the Xbox Series X launch to play them once the new consoles are released. This service refers to first-party titles and it’s compatibility is left up to the discretion of the publishers and developers of said titles. Despite that, this is still a huge leap forward for not just the Assassin’s Creed franchise, but all gaming in general and could put to an end the long running argument about cross compatibility with newer or older games.

Ubisoft launched the Cinematic World Premiere of the game on May 1, 2020. The concept looks incredible, and for anyone familiar with the hit TV show, Vikings, you’ll likely see some incredible similarities…which is definitely a good thing.

Of course, this is a cinematic trailer, so the chances of the game being even remotely as visually appealing as this are low, but they clearly have a good eye for historical detail, which will only add to the accuracy of the campaigns gameplay.

You can watch the trailer below.

Despite the more official announcement, we still don’t know a precise release date for Assassin’s Creed: Valhalla. What we do know is that the game will be release during the holiday season in 2020. This should coincide nicely with the expected releases of both the Xbox Series X and the PS5. If the game does happen to drop in December…i know what i’ll be asking Santa for.

The game will take place in England in 873. It will depict a voyage of a Viking clan heading to England in search of a new life. Anyone familiar with this period of history, fact or fiction, will know that it wasn’t quite as simple as signing a rental lease. Expect a lot of battles, a lot of bloodshed and a lot of pretty epic gameplay.

King Alfred the Great makes an appearance in the cinematic trailer. He was the rule of Wessex during the 9th century, before becoming the King of the Anglo-Saxons a decade and a half later, prompting an all out war with the Vikings.

The game will feature the Viking clan leader, Eivor. In a monumental move for the series, Eivor will be playable as both a man or a woman character. Additionally, the games lead producer, Julien Laferrière, has confirmed that there will be options to make minor amendments to the characters appearance, such as adding face tattoos and warpaint.

The two voice actors for Eivor have also been confirmed. Magnus Braun from The Last Kingdom fame and Cecilie Stenspil will forward the two voices of Eivor.

Stenspil confirmed this with an Instagram post in which she showed off a very cool limited edition figurine.