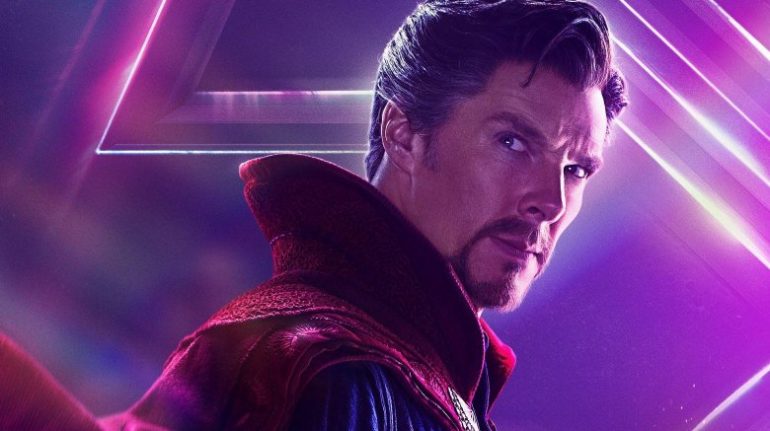 Who Will Be The Next Leader Of The Avengers?

The MCU is now more than just a story – it is a HUGE source of revenue for Disney, one that must be carefully managed, or risk loosing the golden goose. We’ll be looking at who will be The Avengers new leader.

After the events of Avengers: Endgame, the landscape of the MCU, specifically as it pertains to character development, will need to drastically change. When Tony Stark sacrificed himself to stop Thanos, and Steve Rogers decided to live his life out in the past, it left The Avengers without their two leaders. And we mean this both from a story, and financial draw perspective.

The Stories Need For A Leader

Steve Rogers’ Captain America was the Avenger’s general and inspirational leader. His tactical prowess in battle, never-say-die attitude and ability to bring people together, is something that all great teams, regardless of superhuman ability, must have. Without him, the Avengers need a new moral compass and strong lead.

Tony Stark’s Iron Man on the other hand was The Avengers charismatic centre, financial aid and technical/innovation genius. Starks inventions made a lot of what The Avengers do possible and without him they never would have defeated Thanos during the events of Avengers: Endgame.

Financial Need For A Leader

As we said earlier, the need for a leading man or woman in a storied saga is also a financial necessity from the studios point of view. Both Iron Man and Captain America were huge financial draws for Disney. The presence of Tony Stark or Steve Rogers in a movie became a guarantee of financial success. Without Tony Stark and Steve Rogers in future MCU movies, one wonders what new strategies Disney will need to concoct to guarantee cinemas attendances.

Who Will Be The Avengers New Leader?

Assuming that the MCU formula will continue and we will see a new Avengers movie down the track, they are going to need some new, strong leaders. We’re going to run through a list of potential candidates and rank them based on their chances of getting the call up from Disney.

Although they’ve tried their hardest to downplay this fact, the Scarlett Witch, along with Captain Marvel, is probably the strongest MCU character to date . She handed Thanos a sans-gauntlet ass kicking in Avengers: Endgame and if not for his barrage of cannon’s, she definitely would be able to defeat him single-handedly.

In saying this, raw-strength does not mean leadership credentials, and due to her in-story youth and lack of battle-time, it seems unlikely the Scarlett Witch will be brought on as a new leader.

Thor is an OG Avenger, having been around since the very beginning of the MCU and fighting in every major battle (save Civil War). His undoubted power and battle-hardened nature would normally mean he is a strong candidate; however, this isn’t the full story. Out of story, it’s unknown how much longer Chris Hemsworth will be sticking around as Thor, whilst in story, Thor is going through somewhat of an identity crisis and is not the man or warrior we once knew.

Peter Quill makes a strong case for The Avengers new leader, as he’s already the leader of the Guardians of the Galaxy. His biggest issue is the out-of-world factor, where his home is literally a space ship. The Guardians franchise is also better when left to it’s own devices and with the exception of massive team-up movies, we’d assume that’s where they’ll be left going forward.

Captain Marvel is also able to travel insane amounts of space in relatively short periods of time, so her chances of becoming the leader are fairly high.

The factor not working in Captain Marvel’s/Brie Larson’s favour, is a lukewarm reception to the character/movie when originally debuting. Although this is not the fault of the actor, character or writers, it seems unlikely the studio would risk a segmented audience fall out by pushing a character that many have not yet warmed to.

A major factor influencing Iron Man & Captain America’s leadership credentials was overwhelming popularity. If that was the sole metric for the decision, Spider-Man would win this contest easily. Tom Holland’s teenage Spider-Man is arguably THE most popular living MCU character. From a financial draw perspective, he is likely the biggest name on the list.

To his detriment is his youth, reluctance, and naivety. He has shown in both solo films to date, that although he has the physical ability to match his opponents, his critical thinking skills can often let him down. This is why he is only in the Possibles category.

Hand-chosen by Steve Rogers to carry Captain America’s shield. Sam Wilson is a good man and has the morality, military background and intellectual ability to be a strong leader. However, the Falcon has spent much of his super-career as a #2 to Captain America. Whether he has the ability and the drawing capacity to step up to the leadership plate is not known. We will likely learn a lot more once The Falcon & The Winter Soldier finally drops on Disney+.

It’s arguable that no one has as much on their plate as the Master of the Mystic Arts. Dr. Strange is responsible for protecting the MCU’s reality. The rhythmic back and forth between Dr. Strange and Tony Stark during Avengers: Infinity War, shows he’s not afraid to step up to a challenge.

His magically prowess has him at the top of the powers list, not to mention his photographic intelligence. The title of his upcoming solo film predicts that Dr. Strange will be the one to entangle the MCU with the multiverse. What that means for future storylines and characters, is not yet known.

Dr. Strange seems to be the logical choice to take over the mantle of The Avengers leader.

The mystical Doctors confirmed appearance in Spider-Man: No Way Home, as well as his upcoming film, Dr. Strange and the Multiverse of Madness, has him perfectly positioned to take up the mantle in the MCU’s next, more ‘cosmic’ stage.

Dr. Strange looms as the man with all the questions and just as many of the answers.

It’s currently unclear how Phase 4 & 5 of the MCU will progress, but one thing is quite clear: the MCU has a desperate need for The Avengers and a strong leader.