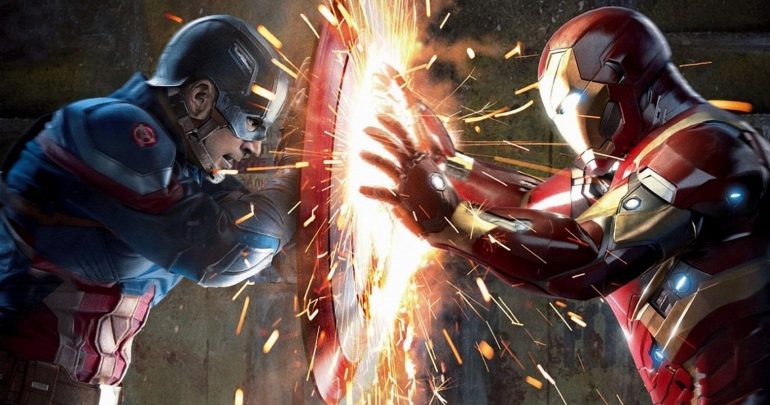 Why Captain America: Civil War Is A Cinematic Masterpiece

Superhero movies cop a lot of flack for the mere fact that they’re superhero films. Fans adore them, but casual viewers and distinct ‘non-fans’ (I’m looking at you, Scorsese) come into every screening with a preconceived asterisks next to the film.

Full disclosure, I’m a huge fan of superhero films. I love everything about the narrative style. However, I’m certainly not a one-eyed believer that every movie is great. In fact, I’d go so far as to say that more than 50% of all superhero-based films are pretty crumby.

But if I’m being honest, I think it’s this ideology that helps me appreciate the better films to their fullest extent. If I started walking around telling my friends that the Green Lantern movie was great, they wouldn’t be willing to listen to me when I tell them to watch Logan.

That brings me to Captain America: Civil War.

Many people refer to Civil War as a third Avengers film. Fair call, as well. Because the film does feature the majority of the Avengers team. However, at the heart of the film are some delicate themes about dealing with loss, and attempting to protect what you hold deal. Of course, who better to symbolise these themes than the heart and soul of the Avengers, Captain America.

So let’s dig into the films central aspects and piece together, one by one, just why this film is a cinematic masterpiece.

We Got A Glimpse Of Raw Human Emotion

Civil War allows us to look closer at the Star Spangled Man with a Plan. Amid all the eventful drama, we forget that Steve loses the only woman he’s ever loved. The loss shows him at his most sombre, completely unsure of where he sits in this modern day world. He truly looks and feels like a man out of time.

Perhaps longing to clutch onto the one aspect of his first life that still exists, Steve begins a relentless pursuit of Bucky. Desperate to save him from the clutches of the Government, Steve goes so far as to make himself a criminal to protect his friend. This level of emotional resonance from a man who once believed in preserving the ‘American way’, is top tier storytelling.

On the flip side, Tony’s emotional arc was born out of pure guilt. He was confronted in a hallway by the mother of a young man who was killed when the Avengers fought Ultron in Sokovia. The confrontation left Tony to digest the impact, both good and bad, that his Iron Man suit has left on the world. Believing they needed to be ‘put in check’, Tony helps to spearhead the Sokovia Accords.

At the end of the film, the lightning strike that would tear the Avengers apart would come at the hands of a 25 year old tape. When Tony learns that Steve knew that Bucky killed his parents, he is left with feelings of near immeasurable betrayal. It’s fair to say that Tony had not had a good week.

The Villain Had Depth & Reason

The MCU is regarded a strong and polished product. But it’s one that’s certainly not without it flaws. The Issue that’s most commonly hurled in their direction is that of one-dimensional, and dare I say, boring villains.

I believe a strong part of Captain America: Civil War’s allure is that it completely flipped the script. This was the first time in the entirety of the MCU that we had a villain with a strong motive, impeccable skills, and like it or not, one who actually completed his mission. Albeit, without the attempted suicide at the end.

This, in my opinion, is entirely to do with the presence of the Russo brothers in the director’s chair(s). After their work on all Captain America movies, as well as the two-part ending of the Infinity Saga, I think it’s fair to say those fellas know how to write a compelling story.

Perhaps the aspect of Baron Zemo’s plot that was most enduring was how understandable it was. This was not a man seeking world domination. He wasn’t a sociopath and a psychological menace. He was simply a man, a husband and a father.

Zemo had lost his family. He understood that it wasn’t done directly, but he just didn’t care (a theme that comes up again – we’ll get there). He wants to take away the world of those that took his away.

Were The Heroes The Real Villains?

Normally, an ideology vs ideology battle would show one side asirrational, and the other as logically. However, Marvel chose to present both sides of the argument as both logical and irrational.

You could certainly make the case that Marvel didn’t want to ruin the market position of their A-tier characters. It was, after all, a Captain America film. So one would imagine,purely for the fact he was the focal point, that more than 50% of the audience would take his side. However, Iron Man is also an exceedingly popular character, so you will always have the blindly loyal support.

Marvel needed to find a way to ensure that neither one of these characters finished the film with a target on their back.

How did they do that?

Well, they simply made both sides of the discussion logical and reasonable. Albeit, approaching them from completely different angles.

Regardless of how Tony came to the conclusion, he believed that the Avengers needed to be “put in check”. He believed they were dangers to themselves and the public by continuing to act without any supervision and true legal support.

Captain Rogers, however, believed that this was simply shifting the blame. Governments have agendas, and agendas change. Steve felt that “the safest hands are still our own”.

So what did this do?

Their ideological positions created questions that weren’t easily answered in the time you’re sitting in the cinema. By doing this, you take the audience away from their own minds and into the story unfolding before them.

This is one of the keys to great filmmaking.

The audience has agreed to devote the next 2-3 hours of their lives to watching your story. The worst thing a filmmaker can do is allow that audience member to unravel the films themes and answer the underlying questions while they’re watching.

Keep them immersed, keep them guessing, but most importantly, keep them entertained.Captain America: Civil War has been out for over 5 years now, and I still find myself debating the films questions with my friends and family.

While there are many other factors involved in the films success, this is one of the most integral.

The Film Progressed The Franchise

Traditionally, films like this would result in the heroes coming back together to fight their common foe. As a matter of fact, a film that released the same year, Batman vs Superman: Dawn of Justice, did exactly that. However, Captain America: Civil War didn’t take that suspected route.

How Did It Flip The Narrative?

In Civil War, our heroes have their classic big brawl, before a realisation brings them back together…only for them to fall apart again. The film beautifully switched the narrative expectation in the final act. Tony’s realisation that the Winter Soldier killed his parents sent him into a fit of rage, and just like our films antagonist, he didn’t care about the justifications.

The final act devolved into a wild, anger-driven brawl between 2 former friends and a troubled super soldier. At the end of the day, punches were thrown and blood was spilt, but no one emerged victorious. Baron Zemo had achieved his goal. He had toppled the Avengers empire from within.

The film’s closing stages, filled with anger-induced separation, would lay the platform for the closing stages of the Infinity Saga. The Avengers would inevitably come together again to fight Thanos, but their partnership, nay, their friendship, would never be the same again.

It Introduced The Next Generation of Avengers

It’s a fact that gets lost when discussing Captain America: Civil War, but the film did a masterful job of introducing two huge characters into the MCU. Both Spider-Man and Black Panther made their MCU debuts in Civil War. Peter Parker’s, Spider-Man, was recruited by Tony to help in the fight against Captain America, while T’Challa’s, Black Panther, was emotionally drawn into the fight due to his father’s death at the UN.

Both entrances presented the characters in a strong light. They showed off their skills in combat, as well as their fortitude in the face of adversity. Both these characters would use this appearance to leap into their solo films, as well as more Avengers movies.

Both characters were and are adored by the public. If it wasn’t for Chadwick Boseman’s tragic passing in 2020, the Black Panther character would likely have led the Avengers into the next stage of the MCU.

Infinity War & Endgame Were Boosted By The Events of Civil War

If it weren’t for the events that unfolded during Captain America: Civil War, I don’t think that Avengers: Infinity War & Avengers: Endgame would have achieved the same level of critical success. The intensity and emotions that lay behind those movies were achieved through the work in Civil War.

A divided Avengers against a character as powerful as Thanos? That was always going to be an epic film.