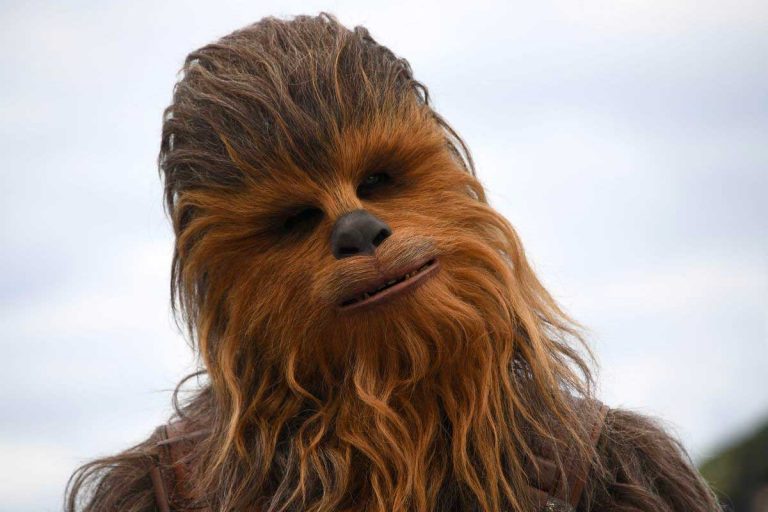 Why Chewbacca Wasn’t Given A Medal

Today we’re going to be discussing a plot point that has spawned heated debate throughout the Star Wars galaxy since Star Wars first hit theatres in 1977. Why, oh why, wasn’t Chewbacca given a medal at the end of A New Hope?

Depending on which side of the debate you’re on, it’s either:
A). Not a big deal, or
B). The greatest injustice in cinematic history (that’s an actual quote i’ve read).

This debate was once again reignited when Peter Matthew, Chewbacca himself, sadly passed away in 2019.

We find ourselves mostly on the side of B, but we can still sleep pretty easily at night. Now we’re going to try and figure out why Chewbacca wasn’t rewarded for his efforts with one of those purrdy medals.

Why Chewie Wasn’t Given A Medal

Coming from George Lucas himself during a 1977 “In character” spot,

“Chewbacca wasn’t given a medal because medals don’t really mean much to Wookiees. They don’t really put too much credence in them. They have different kinds of ceremonies,”.

“The Wookiee Chewbacca was in fact given a great prize and honor during a ceremony with his own people. The whole contingent from the Rebel Alliance went to Chewbacca’s people and participated in a very large celebration. It was an honor for the entire Wookiee race.”

But since this quote, and the creation of the ever evolving Star Wars universe, things have somewhat changed.

In “The Day After The Death Star!”, a 1980 short-comic publication, Chewie is presented with a medal the day after the official ceremony in which Han and Luke were rewarded. This, only 3 years after Lucas’ quote, contradicts his originally theory that Wookies don’t need commemorative medals.

To make matters even more confusing, when Disney purchased the rights to the Star Wars franchise in 2012, they obliterated the expanded universe cannon. This left only the movies to tell the Star Wars story. This meant that Chewie was no longer a possessor of that infamous medal.

In 2015, Disney decided to release a Chewbacca centric comic book series. In the 5th issue of the series, it’s revealed that Chewbacca did in fact have a medal in his possession, as he handed it to a young girl upon leaving a planet in which he crash landed.

Adding to this, in 2019’s Rise of Skywalker, Chewbacca is presented with a medal by Maz Kanata; however, this medal is believed to belong to his dear old friend, Han.

Why He Should Have Received One In The First Place

In short – because he deserved it.

It’s hard for anyone to argue that Chewbacca wasn’t just as valuable as Han when it comes to the success of the original rebellion. He is there every step of the way, and although not as loud as Han, arguable he does just as much. So by this logic, he does in fact deserve a medal.

Now, George Lucas himself has said that medals don’t mean that much to Wookies, and that’s fine. What that fails to note though is that rarely are honours dealt to individuals because the authorities think they’d like one. Medals are given out as a way of extending gratitude to a person or group for their actions. If anything, if Chewie were to reject this honour, that could almost be considered rude.

Although this is but a minor flaw in an otherwise fantastic movie, it’s likely this minor indiscretion will eat away at Star Wars fans for a long, long time to come.