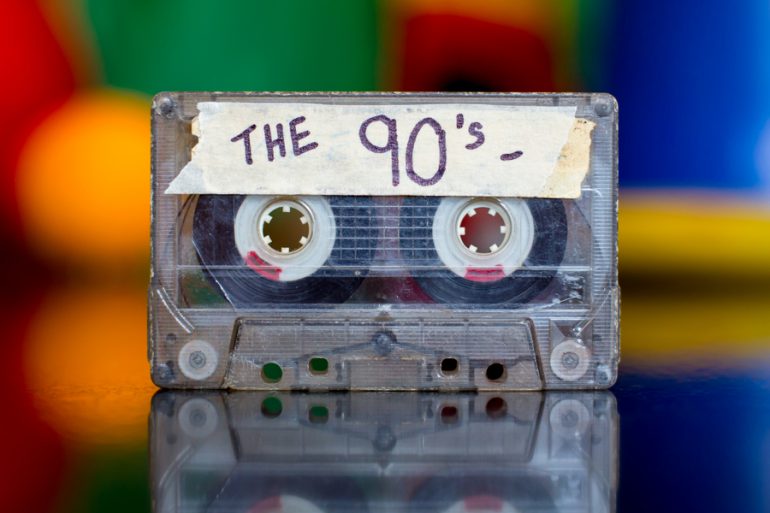 The last 5-10 years have been a wild ride. The intense 90’s nostalgia ride kicked off somewhere near the beginning of the 2010’s and have showed little signs of slowing down ever since.

Why? It’s not entirely clear, although many people have formulated compelling theories.

The more popular of these takes is that the 90’s was a ‘simpler, less complicated time’. Which, in many ways is true. Although in other ways, it is very untrue.

My favourite theory is that the 90’s was the very last time that society had a shared consciousness.

But what exactly does this mean?

Well, before technology became crazy good (and it’s hard to argue how good tech currently is), we had very few ways of relaying information throughout the world. There were fewer TV stations, fewer Radio Stations, and the internet was in its infancy. If one wanted to communicate with their friends, they would need to pick up a landline and call them directly.

The lack of accessibility meant that we all shared common ways of engaging in TV, Radio & current affairs. We would mill around water coolers to discuss watching the exact same show the previous night, or to talk about how THAT news station portrayed the latest political scandal. What this meant was that we were all sharing the same moments and without realising it, it was bringing us closer together as a society.

In today’s modern technology landscape, we have so many ways to watch TV or movies, listen to music or engage in news. We no longer (or at least, rarely) have the close bond that’s associated with a common experience. Our interests may not have changed, but our relatability to each other has.

How Does This Relate To Modern Media?

In our zeal for a world that more closely resembles the 90’s (whether you grew up in it or not), TV & movie production companies have been rebooting some of favourite content from the decade. Let’s have a look at a list of every show & movie that either has, or will be, rebooted:

(And these are just the reboots from the 90’s. There are even more that either have or will be picked up from before and after.)

Why Is This A Bad Thing?

I would like to attempt to speak only of Pop Culture. Obviously the 90’s love-fest has deeper ramifications for society at large; however, I am neither qualified, nor willing to speak of what this means.

The non-stop obsession with the 90’s feels like it’s truly starting to weigh on the quality and quantity of production in the TV, movie & even gaming industries. Obviously, TV & movies are currently the most heavily hit and I’m afraid of what it will mean for the creativity, and even desire, of budding writers, directors and producers.

Is it a question of studios losing faith in the ability of artists to create new, compelling stories? Or are they ignoring the long term ramifications in desperation for a quick buck?

I would suggest it’s a little of both.

I would like to point out that I’m aware there is an immense amount of new content being produced by Netflix & other major streaming companies. But these attempts don’t seem to attract the headlines of news & pop culture sites (I’m willing to throw Popcorn Banter website in that bucket, too). That, to me, speaks to the fact that people are unwilling to look forward and instead feel they must look backwards for their enjoyment.

If we think ahead 20 years, I am concerned about what we’ll be looking back upon. Will the 2010’s-2030’s feel like two lost decades of content, in which we were merely pining for an age that is long gone and unable or unwilling to create new, future-proof content?

I’m concerned that will be the case.

What Can We Do About It?

We should start speaking with our viewership. Seek out new, quality content that attempts to push the movie & TV industry forwards, and not backwards. I think we should still enjoy the things that we loved from our youth (or adulthood, if you were that age back then), but see them as vessels of happiness from a time now gone, instead of the only way we can enjoy the present.

I’m not hugely fond of how much crap that some of the streaming services are producing, but they obviously feel obliged to fill perceived gaps in the market. I’m not suggesting we should watch or engage in everything that’s currently being produced. But attempting to seek out the gems in what has become a very noisy landscape could help major publishers see the light of day and resume creating unique and creatively compelling stories.

I am not in anyway saying we shouldn’t watch older content, because of course we should. It was a golden era and it should be revisited from time to time. I am simple suggesting that we should also be incorporating new and unique programming into our day to day routines.