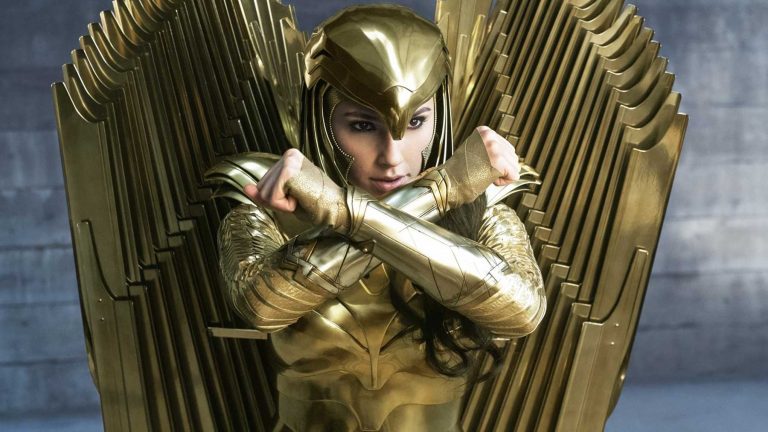 As part of my 2021 new years resolution, I’m attempting to be more positive about all things in life. Admittedly, it’s still 2020, but there’s no harm in getting an early start on these things. I’ve also taken to heart a concept that many successful (or even unsuccessful) directors and producers have echoed lately; that no one sets out to make crappy or divisive movies. Everyone is doing their best, and honestly, as a general rule of humanity, we should take that into account when constructively critiquing others work.

So that brings me to my Wonder Woman 1984 review – and boy, oh boy, am I going to need all the positivity I can muster for this one.

Straight off the bat, I did not like Wonder Woman 1984. It hit me as a damn shame, too, because I thought Wonder Woman was fantastic. Although, admittedly, I am a sucker for movies set during both of the World War’s.

It always catches me by surprise when the sequel to a bonafide hit drops the ball entirely. Frankly, it makes more sense to me that directors such as David Ayer (Suicide Squad) or Joss Whedon (Justice League) could make movies that are so bad that the studios have literally pretended they don’t exist. After all, they were coming into the franchise fresh, and likely did not know what the audience wanted from these films. Of course, this isn’t a justification for the quality, but it does provide some sort of insight into how it went so wrong.

What strikes me as odd is that we know Patty Jenkins gets Wonder Woman. She gets what the fans want from Wonder Woman, and she delivered with the first installment of the franchise. How you go from that, to Wonder Woman 1984 is quite bewildering to me.

Wonder Woman 1984 is a character-centered superhero story. If you’re going into this expecting a plethora of big fight scenes, you’re going to be very disappointed. In my opinion, the film didn’t do a good job of tying in its overall theme, which was that heroes can’t be born out of lies. It wasn’t until I had my usual car-ride post-mortem that I understood the point of the opening scene, which set up this philosophy. Although, if I’m being fair, that one is on me, it just hadn’t clicked yet.

I can understand why there’s people out there who liked or even loved this film. I can’t fault the acting of the movies major players. Gal Gadot (Diana/Wonder Woman) and Chris Pine (Steve Trevor) were terrific as our main protagonists. Gal Gadot has barely put a foot wrong since she first debuted as Wonder Woman in 2016’s, “Batman vs Superman: Dawn of Justice”. However, I found their love to be slightly odd. The two actors have a wonderful natural chemistry, although it feels like they’re great friends, as opposed to timeless lovers.

Additionally, Kristen Wiig (Cheetah) and Pedro Pascal (Maxwell Lord) were superb as the film’s villains. Pascal was especially enthralling as a man driven to extremes by his desire for ‘more’. I actually found it difficult to describe either of them as true villains, because they weren’t. Sure, they weren’t being ‘good’ people, but they were merely driven to extreme actions by their desires for a better life.

The acting, however, could not do enough to cover the films major issues, which was the immensity of plot holes and enormous flaws in logic. I’m not trying to be overly harsh, but I genuinely don’t understand how a film can be made that just doesn’t make any sense.

The CGI seemed outdated and clumsy. I haven’t done this research, but I’m curious whether Wonder Woman 1984 was made on a smaller budget than usual. Many would probably think I’m being nitpicky, but I challenge you to go watch one of the MCU’s major superhero films (Avengers: Infinity War or Endgame) and then come back to this movie and consider the gap in production quality. It’s super noticeable. My assumption would be that Warner Bros. weren’t positive they’d make a bundle on the film, and dialled back the post-production budget. If that’s the case, it’s understandable and certainly not a deal breaker.

Now, I’m brought to what I consider the films biggest issue; Steve Trevor. I don’t mean that Steve himself is a poor additional to the film, because he isn’t. But his presence was a step backward for the film and our heroine’s character development. Evidently, Diana Prince and Steve Trevor’s love was so deep and profound that she could not move on after his death, even when it had been 70 years. Give me a break.

After watching the film, someone pointed out to me that the idea of this storyline was actually insulting to real people who have lost their great loves and still moved on to live meaningful and fulfilling lives. No one can deny that losing someone they deeply love hurts more than one can imagine. But life goes on, and as hard as it is, people must move on.

If the film had of been set 5, even 10 years, after Steve’s death, I could have given Diana a pass mark. But 70 years is ridiculous. Are you telling me that she hadn’t had the realisation that she must move on with her life after 70 years of being apart? Please.

I won’t go into too much detail about what is surely the most eye-twitching part of the movie. But suffice to say, instead of Steve Trevor just manifesting out of thin air (like every other wish in the movie did), he returns in some poor guys body, taking over his being. Why they chose to go this route is borderline incomprehensible. This dude went to bed one night thinking, “oh yeah, i’ll go to the shops tomorrow. Maybe knock back a couple of brewskies with my mates in the afternoon. It’ll be a good day”.

Nope, sorry, bro. Your life is about to be put on pause so a 70 year old fossil and his overly-obsessed girlfriend can rekindle their 3-day romance from the first World War.

I won’t even get into the fact that Diana slept with Steve while he was in some other dudes body. But it was just…I mean, I……yeeeaah.

The plot itself was okay(ish). The film leaned pretty aggressively into the magical world, by using a stone capable of granting wishes as the central theme. Maxwell Lord then found a way to become the stone, and as such, he became the proverbial genie in the bottle, granting the wishes of the world, if only to propel his own fortunes.

As you can probably imagine, the film’s plot was as if every person in the world had used the Zoltar Speaks machine from BIG. Inevitably, chaos ensued when our films main antagonist (Lord) found a way to reach all corners of the Globe, by accessing a secret government satellite system.

This is where the films plot began to lose me. The films final showdown took place in what can only be described as “The Gap-in-logic-verse”. This is a universe I just created that is made up entirely of flawed logic. I can’t even figure out how to explain what happened in a concise manner, so let’s just leave it at the fact that Wonder Woman found a way to save the day…in a way I still don’t really understand.

My final thought Is one that is becoming more prevalent with each passing blockbuster film. They’re too damn long. 155 minutes run-time is an insanely long movie, especially for a superhero film that’s low on action scenes. I don’t dislike the idea of a more emotionally driven film about a major superhero, but it took almost an hour for anything to happen in Wonder Woman 1984. That could have been cut in half and we’d be in business.

Wonder Woman 1984 is not completely devoid of quality or class. As I mentioned, the acting between the 4 main characters was terrific, and there were some thrilling action sequences sprinkled amongst the drama that were absolutely fantastic.

Patty Jenkins must be applauded for her ability to wrangle together an impressive, high-paced action scene. But the films shortcomings were simply too immense for it to be anything more than a one-watch superhero flick. It’s recently been announced that Wonder Woman 3 is being fast-tracked. I’m glad they’ll have another chance to put together something special, because between the acting of Gal Gadot and the usually impressive direction of Patty Jenkins, I genuinely feel like they deserve it. 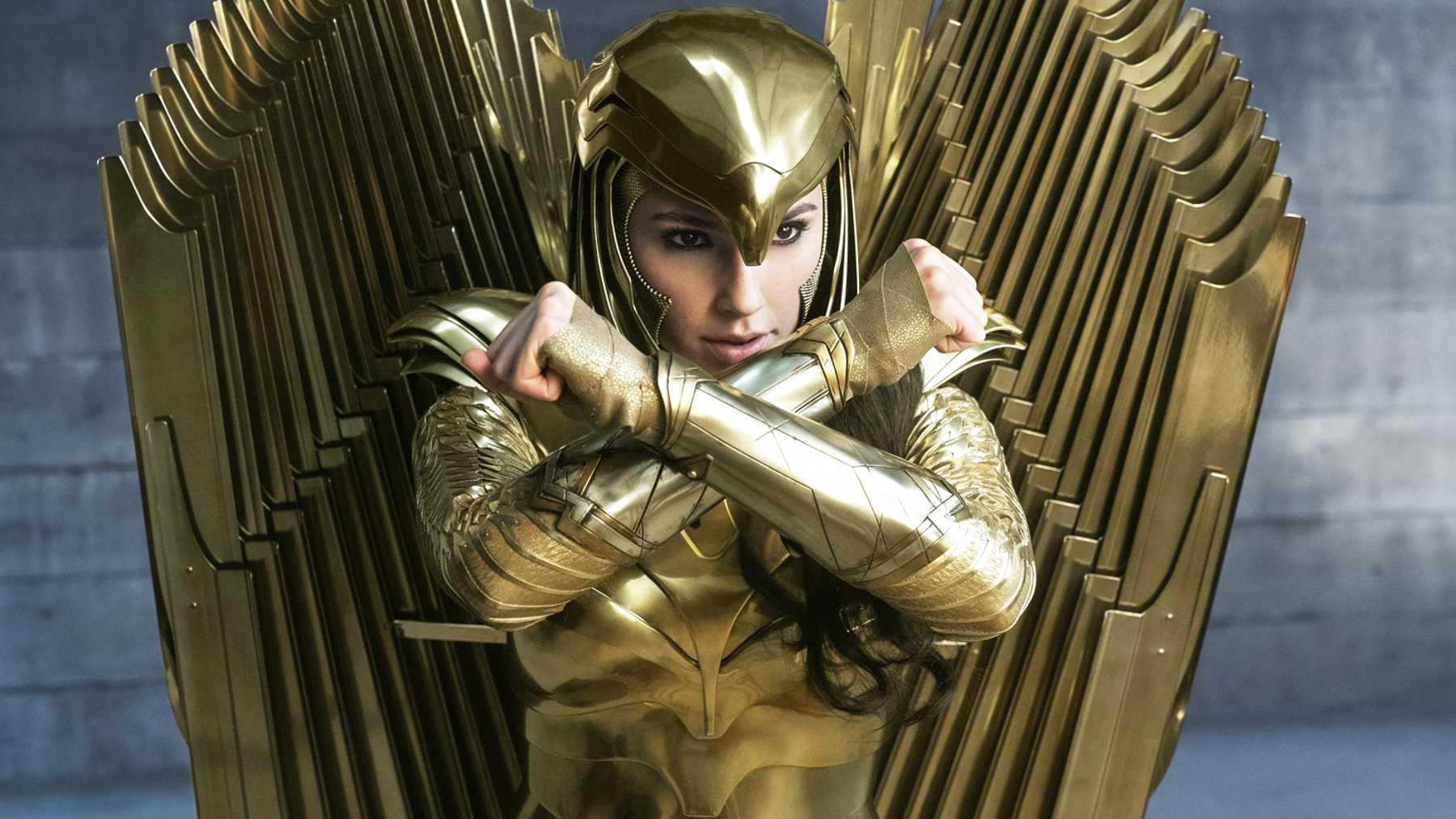 Wonder Woman 1984 Review
Final Thoughts
Wonder Woman 1984 is not completely devoid of quality or class. But the films shortcomings were simply too immense for it to be anything more than a one-watch superhero flick.
Pros
Enjoyable Action Sequences
Cons
Head Scratching Plot
Underdone Characters
Failed To Live Up To The First Film's Quality
65