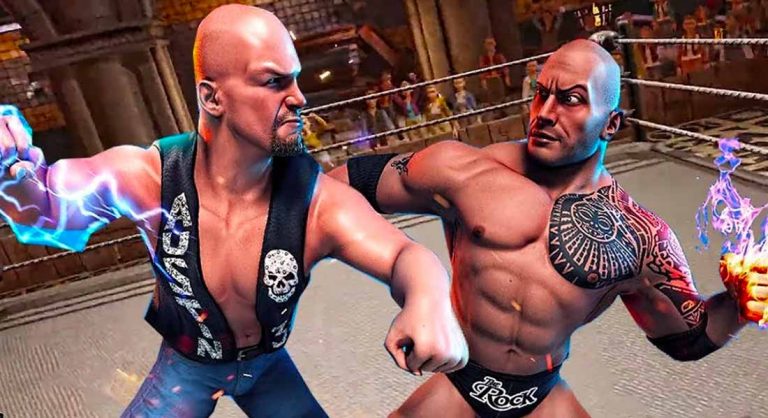 2K’s foray into arcade-driven wrestling gaming is one step closer to reaching our consoles and PC’s as 2K have finally given us our long awaited release date. After a lot of back and forth speculation from fans and media alike, 2K have announced that WWE 2K Battlegrounds will release on September 18. Unlike other recent game releases, WWE 2K Battlegrounds will be dropping on Xbox One, PS4, Google Stadia & PC (via Steam) at the same time.

The game will feature 70 current and past WWE superstars at launch. During an interview with IGN, Steve O’Connor (Executive Producer) informed fans that more wrestler’s would be added via free updates after the game is initially launched.

WWE 2K Battlegrounds will feature 4 games modes. These are as follows:

The arcade style game was announced back in April to a lukewarm reception. WWE fans are still somewhat jaded after the highly controversial release of WWE 2K20. The game was riddled with bugs, lacklustre production and poor graphics. Understandably, fans were hoping for a WWE 2K21 release to curb their woes, but were instead disappointed when the game was inevitably put on hiatus.

Despite their insistence that the arcade game was always on their agenda, it’s widely believed that 2K are using WWE 2K Battlegrounds as a soft-ball for this year while they try to patch, or completely redesign, their top line WWE franchise.

Regardless of why they’ve created the game, all we know is that it’s now on its way and certainly has the potential to be a lot of fun. You can pre-order WWE 2K Battlegrounds online or from your local retailer now.