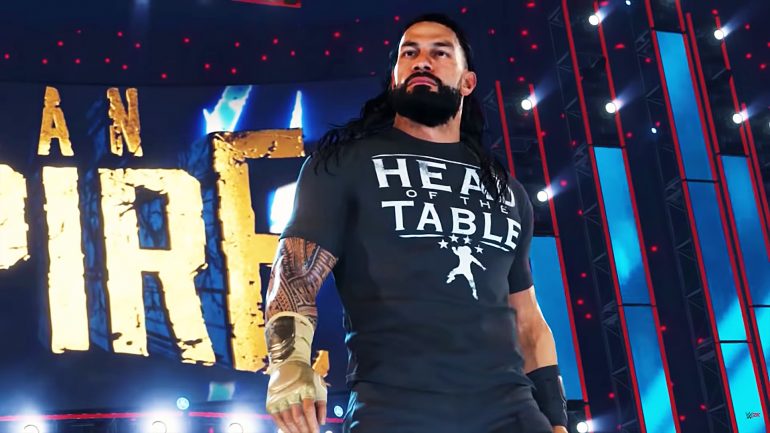 After a year out of action, 2K Sports have released a thirty second teaser trailer for WWE 2K22. It’s been a long time between drinks for WWE fans, who haven’t had a fresh game to salivate over since WWE 2K20 was released in October 2019. Additionally, the game received a lukewarm reaction, thanks to a myriad of bugs and gameplay issues.

2K chose to take a hiatus from the simulation style games, and did not release WWE 2K21. Instead, 2K, with the help of Saber Interactive, released WWE 2K Battlegrounds. Battlegrounds was a NBA Jam-style wrestling simulation, designed to be big and fun, rather than realistic. Unfortunately, this too was deemed a disappointment amongst fans.

There isn’t a great deal of action gameplay shown in the trailer. However, the graphics, at least at this point, seem quite good. The animation style certainly seems more realistic than it has in the past 2-3 iterations.

Along with the trailer, 2K have announced a release window. While not specifying an actual date, you can expect WWE 2K22 to release in March 2022, 2 years and 5 months since the last game.

What were your thoughts on the WWE 2K22 trailer? Will you be buying it on next-gen?