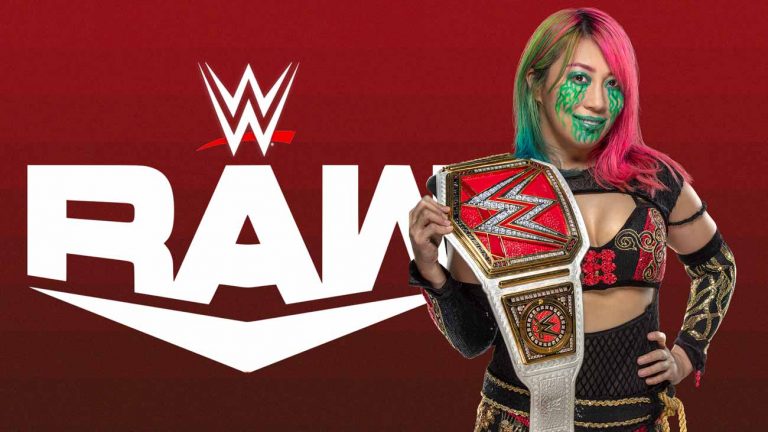 Raw this week was again coming from the Performance Center. With Raw seemingly working with a depleted roster, this week’s show focused on solid in ring action whilst furthering the handful of feuds that have been driving the show of late.

Accompanied as usual by his disciples, Rollins opened the show by honouring Rey Mysterio and his career as the legend he is. Rollins explained how much he respects Mysterio and as such, he respects his sacrifice for the greater good of Raw itself. This was followed by a video package of Mysterio’s greatest hits in the WWE ending with Rollins attack that took him out. This was a solid segment overall; however, week after week, Raw continues to open with talk show segments, or in ring promos and it would be good to see something different to start the show.

The first match of the night saw Aleister Black and Seth Rollins compete one on one and was a solid match that really set the bar for the rest of the show. Both of these guys can go, and this match really showed what they’re capable of. Plenty of action outside the ring as well with Humberto Carrillo coming to the ring early with a chair to ensure no shenanigans with the two disciples. The ending came with Carrillo successfully stopping outside interference leading to him being beat down outside the ring, with Black reversing a roll up attempt with a pinfall and clean victory of his own.

The post match beatdown continued as Rollins made Black watch as he delivered a curb stomp onto Carrillo explaining “that’s what you get when you try to be a hero”. Everyone comes out of this looking strong with the heel team standing tall at the end and Black coming out of this with a clean victory over Rollins, ticking all the boxes to drive this feud forward.

Ended in No Contest

Apollo Crews began in the ring announcing he had decided that Kevin Owens would be his first challenger for his new United States Championship, an offer which Kevin Owens accepted. The match was short lived however as shortly after it started Andrade and Angel Garza interrupted beating both men leading to a no contest. As is the case with a scenario like this a tag match was promptly scheduled.

Andrade and Garza were quick to focus again on the injured leg on Owens, however these tactics weren’t enough to pick up the win as Crews picked up the win with the sitout powerbomb onto Andrade and pinfall. This did help Crews look like a real threat, however, a successful title defence, with the heels attacking afterwards, would have done the same. It feels like this was just done to pad out the show a bit.

On his way to the ring Kevin Owens was surprised by Garza with an attack from behind. As the assault continued Garza eventually got Owens inside the ring for the match to officially start. Focusing the attack mainly on the leg, Owens couldn’t find the footing to build the comeback needed and fell to the wing clipper and the 1-2-3. Garza didn’t stop there however continuing to target the leg of the defeated Owens after the match was over.

They went bowling… not too much to say about this. These segments are repeating the same jokes week after week and are getting a bit boring.

The next chapter in the feud between the teams of the IIconics and Alexa Bliss and Nikki Cross saw one of each compete in a singles match. Kay got underway on the offence early with two near pinfalls, leading to frustration building and she threw a tantrum mid match. A move that almost led to her undoing as this gave Cross the opportunity to gain some momentum and almost put her away, until a missed crossbody from the top rope led to Kay hitting Cross with a power bomb and winning. An okay match with an unlikely singles win from Kay did what it set out to do.

Rey Mysterio Appears To Give An Update On His Health

Accompanied by his son Dominick, Mysterio appeared to address the issue of his health and when he was going to return, if at all. He said there is no fixed date for his return as the injury was pretty serious and if infection sets in it could get much worse.

When asked is Seth Rollins claims from the opener were true and he would have to retire, he said he wasn’t sure yet but he can’t rule it out. His son then quoted scripture on Rollins threatening him with “an eye for an eye”. An unexpected direction for this to take, we will see if this leads to a proper debut for Mysterio’s son, and see what part he has to play in this angle.

Gronk was at home filing a Tik Tok dance video, when he was caught off guard by his friend who ripped off his shirt to reveal a referee outfit underneath. Truth, who was disguised as a gardener rolled up Gronk for the 3 count and ran off with his baby clicking his heels in glee to have his title back. This could be the end of Gronk in WWE, which we were all expecting eventually. It will be interesting to see what they do with this title next.

As per usual in matches involving Nia Jax, she used her size as an advantage and dominated early. Sane put up an admirable fight until being thrown into the steel steps and busted open. This whether it was intentional or not led to a very abrupt finish after a leg drop and pinfall. Asuka made her way to the ring to make the save after the match. This didn’t seem intentional, and pretty reckless from Nia Jax.

Can only hope Kairi Sane is okay as they need all the talent they can get at the moment, and Nia Jax is a bit more careful next time.

Ended in referee stoppage after interference from Nia Jax

These two women have a massive history together and work well. This was a great match while it lasted with lots of back and forth action, with submissions being locked in, creatively reversed into another hold. Really solid strikes back and forth lead to an almost pinfall onto Flair, these two really looked like they were putting the beat down onto each other.

The match was then interrupted by Asukas own music hitting, with Nia Jax coming to the ring wearing Asuka’s mask and green face paint. She then laid out Asuka and continued on her merry way back to the backstage area. Disappointing to not get a clean winner after one of the better matches of the night, however with the WWE clean finishes aren’t always a guarantee. Enjoyable match nonetheless and clearly adding another layer to the feud between Jax and Asuka.

The background to this match was earlier on in the night MVP claimed that Lana was just leeching off Bobby Lashley, and Lashley formally asked Lana to not be at ringside for his matches. Lana then took it upon herself to be at the ring for this match being that it was MVP in action not Lashley.

The match was heavily one sided with the only break for MVP coming after a distraction from Lashley. The finish came after Lashley pulled MVP from the ring, narrowly missing a Claymore from McIntyre, who then dove from the ring catching both men and throwing MVP back into the ring to finish him off with a Claymore and 1-2-3.

The show then went off the air as post match Lashley got into the ring and locked in the full nelson. The Lana stuff ultimately led nowhere, and the show went off air too quickly to put over the full nelson as the dominating finisher it was meant to be. Not for nothing though, Drew McIntyre continues to come off as a dominant champion and a force to be reckoned with.