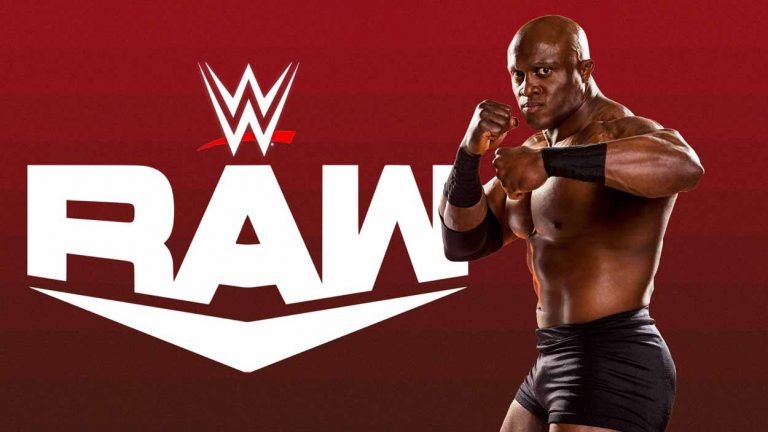 In their first step towards normality, this week’s episode of Raw featured the NXT talent and performance centre staff practicing social distancing to serve as an audience to this week’s ring action. This did serve to create a bit of atmosphere as opposed to the somewhat awkward silences observable in the last few months of programming. With a title change and match being scheduled for Backlash this week’s Raw had plenty to unpack.

Kevin Owens opened the show with the announcement that he would tonight face Angel Garza in singles action. Soon after, Asuka was welcomed as Owens guest to talk about the scheduled no. 1 contender triple threat match for her Raw women’s championship between Charlotte Flair, Nia Jax, and Natalya. As the segment progressed, each of the women made their way to the ring as a brawl broke out between the women. This brought an end to the segment.

A match that was scheduled last week saw Apollo Crews capture his first singles title in WWE. Early on, Andrade has a run in with Zelina Vega, who was on the ring apron, causing her to fall to the floor. Andrade, furious about this, uses the anger to beat down on Crews who just breaks the referees 10 count, as Andrade lauds the title over him. Almost out of nowhere, Crews back on the offence hits the standing shooting star press for the pinfall victory. Crews then cuts a promo after the match outlining his struggles and accomplishment at finally achieving his first singles title in the WWE.

McIntyre wasted no time tearing apart MVP’s VIP lounge set and asked MVP where his friend Bobby Lashley was. MVP informed McIntyre that he wouldn’t be seeing Lashley tonight without first having a contract for the match between the two at Backlash finalised. Lashley’s music then hit as McIntyre obliterated MVP with a Claymore kick, sending him from the ring as he beckoned Lashley to join him. Lashley instead tended to the fallen MVP helping him up and walking him to the backstage area.

On his way to the ring Kevin Owens was surprised by Garza with an attack from behind. As the assault continued Garza eventually got Owens inside the ring for the match to officially start. Focusing the attack mainly on the leg, Owens couldn’t find the footing to build the comeback needed and fell to the wing clipper and the 1-2-3. Garza didn’t stop there however continuing to target the leg of the defeated Owens after the match was over.

Seth Rollins’ disciples prevailed in their first team matchup when Theory hit Carillo with the ATL for the pinfall victory. A short match on a night that Seth Rollins earlier dubbed, ‘a night of celebration’. After the match, the two recruits continued the attack on Carillo as Rollins himself held off Black from making the save with a chair. The Monday night Messiah’s new group then made their way from the ring, showing mercy on Carillo, however, clearly having sent a message to the two.

No. 1 Contender for the Raw Women’s Championship
Nia Jax vs Charlotte Flair vs Natalya

Solid match with plenty of action began with Flair and Natalya teaming up and putting Jax through the announce table with a double powerbomb. The match finished with a sequence of Jax breaking up an figure 8 attempt leaving Flair down, she hit Natalya with a Samoan drop and pinfall to become the new No. 1 contender for the Raw women’s championship at Backlash.

Truth had been advised that it was Gronkowski, not Tom Brady who was 24/7 champion. Truth said he’d tackle “any football man” to get back the title. Gronkowski said he is ready to fight anytime, anywhere, before putting his sunglasses on backward and saying he has eyes in the back of his head.

Winners: The Street Profits via DQ

The match was scheduled earlier in the night when MVP challenged The Street Profits after their earlier contest with the Viking Raiders where they played golf together. Just before the match Drew McIntyre was seen heading to the locker room claiming he had forgotten something.

The match had all but ended after Montez Ford hit the frog splash on MVP, with defeat looking imminent Lashley erupted into the ring locking in the Full Nelson onto Ford. After not breaking the hold in response to the referees instructions, he and MVP were disqualified handing the DQ victory to the Street Profits.

As soon as the bell rang Drew McIntyre came storming to the ring to attack Lashley. The two made attempts to get at each other, before more performance centre staff were called in to keep the two apart. As the show went off the air, the champion and his challenger both making attempts to get their hands on each other, building more and more tension between the two ahead of their title clash at Backlash.