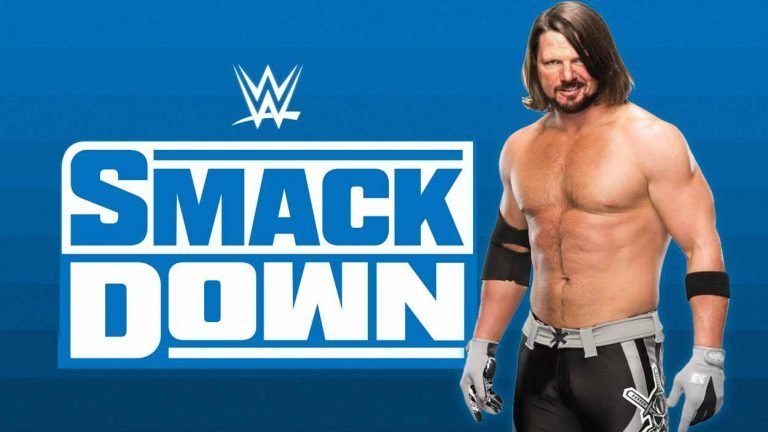 Below are all the results from Friday Night Smackdown from the 22nd May 2020.

Once again airing from the WWE performance centre, Smackdown this week delivered on a few pre-announced matches, including two more first round bouts of the Intercontinental Championship tournament, a champion vs champion match between Bayley and Charlotte, and the next step in the Otis v Ziggler feud. With Backlash only a few weeks away we had the confirmation of an interesting Universal title match for the event.

Bringing back their popular talk show The Dirt Sheet, The Miz and John Morrison opened the show on Smackdown this week by firing insults at Mr. Money In The Bank, Otis. Not long before they turned their attention to Otis’s ‘enablers’, namely the Universal Champion, Braun Strowman. They said that he was lucky to get his match at WrestleMania with Goldberg and that he was replaced by puppets in Bray Wyatt’s, “Wyatt family”. Strowman clearly having heard enough made his way to the ring to put an end to this nonsense and issued a challenge to The Miz which was accepted by his tag partner, although under protest from the Miz.

The Miz and John Morrison clearly up to their old ways in this match up. John Morrison made his presence known outside the ring with a running kick off the barrier to Storwman, leading to the Miz doing his best to stay on top of the Beast Amongst Men, at one point raking Strowan across the eyes with the referee distracted. These tactics proved not enough however to turn the match in the Miz’s favour with Strowman levelling the Miz with his signature running powerslam and the 1-2-3.

After the match John Morrison grabbed the mic and challenged Braun to an interesting Universal title match between the two former tag team champions and himself at Backlash. Braun Strowman, never one to back down, agreed leading to the match being made official.

During the match it was announced that AJ Styles was being traded to Smackdown permanently. These two consistently put on great back and forth matches (ignoring the rivalry marred mostly by low blows); this match being no exception. The match finished with Nakamura attempting a Kinshasa only to be caught with a Styles Clash for a two count, followed by a Phenomenal Forearm for the pinfall victory. AJ Styles will move on to face Elias in the Semi Finals next week on Smackdown.

Bayley vs Charlotte in ‘Champion vs Champion match’

Bayley came to the ring by herself this week, with Sasha Banks watching on from the back. Flair worked her way into control though the middle portion of the match, and at one point she grabbed the mic and beckoned Banks to join them out at the ring. Back and forth chops to the chest lead to a roll up attempt from Flair. Bayley then reversed the roll up pin attempt near the ropes, using the middle rope to assist her in securing the pinfall victory. No sign of Banks at the ring to join her best friend, leading to more questions about their friendship going forward.

Early in the match the rivalry between both men and women took center stage. Dolph Ziggler took Otis out with the ring steps and kept him tied up outside the ring and unable to be of assistance to Mandy Rose throughout much of the match, while inside the ring Sonya Deville laid waste to her former Fire and Desire partner with a knee to the back of the head for the pinfall victory.

With the match over Otis made his way into the ring tending to Rose, thus keeping him distracted while Ziggler found the opportunity for a surprise super kick leaving both Mandy and Otis downed in the ring.

Smackdown drew to a close with the final match of the first round matches in the Intercontinental Championship Tournament. Sheamus spent most of the match brutalising his opponent with Jeff Hardy getting in very little offence. Sheamus, obviously not content with merely winning this match, used the opportunity to taunt Hardy and Cole on commentary. This gave Hardy the opportunity to gain some footing and get Sheamus in position for a Swanton Bomb. This was not to be, however, as Sheamus got his knees up in time to reverse the Swanton Bomb, gaining the edge once again for a Brouge kick of his own. Hardy read this attempt and ducked just in time to hit a roll up pin and victory over the brute.

The victory over Sheamus means that next week our second semi final will see Jeff Hardy go up against Daniel Bryan to see who will advance to the final and be in contention for the vacant Intercontinental Championship.