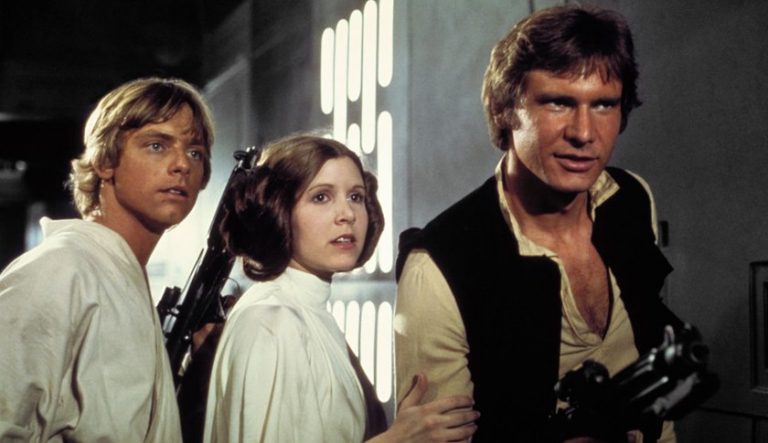 Movie franchises are the bedrock of cinema. Sure, your Scorsese and Tarantino films allow us to dig deeper into our psyches and analyse the complexity of film making. But the movie franchises, the epic sagas, these are the things that capture our hearts, minds and that childhood wonder that we always assume we’ve lost.

Movie sagas have become an indelible facet of modern society. They seem to be the last remnants of a lost age, in which society shared a consciousness. With the over-saturation of modern TV, music & movies, we so rarely get to experience the same highs and lows as everyone else.

In this top 5 countdown, we’ll be looking at the greatest trilogies and/or sagas in movie history. Factors such as; popularity, quality of story, age of saga, and the quality of all individual movies within the saga will be used to determine which trilogy/saga will come out as the greatest of all time.

With so many incredible sagas and trilogies throughout cinemas history, it was difficult to narrow down to just 5. It was then even more difficult to place those 5 in the correct order (as we see it, anyway). But we’ve done our best and we’d love to hear what you think in the comments section below!

So, without further adieu, let’s get into the list…

Straight out of the blocks, it’s important to point out that I was never an enormous Harry Potter fan boy. In fact, I hadn’t watched all of the films until almost half a decade after it concluded. However, when I finally sat down and watched all the films, I found what others had found 15 years earlier; they ruled. Told across an enormous story arc, I quickly found that Harry Potter is truly one of the best stories ever created.

From a young boy being sorted into Gryffindor, to the man who would eventually defeat he who shall not be named, the Harry Potter saga took us on a wild, magic-filled ride. The likes of which our primitive muggle minds had never before seen.

The 10 year build up of one of cinema’s (and literatures) greatest villains is one of the longest of its kind. It allowed the story to truly build the intensity of the mental and physical fight that was unfolding before our eyes. This eventually culminating in an epic finale when Harry Potter & The Deathly Hallows finally hit our screens.

Everything We Know About Hogwarts Legacy

With more than $9 billion taken in box office revenue, Harry Potter is the 3rd highest grossing film franchise of all-time. This says more about its popularity than my words ever could.

What made The Dark Knight Trilogy stand out was its ability to ensure audiences left the cinema seeing it not just as a wondrous superhero piece, but as one of the greatest trilogies ever.

The Dark Knight, the second film of this trilogy, is widely regarded as a top 5 movie in many film critics lists. That’s an achievement in which very few superhero films can claim credit.

Being an enormous Batman fan, I wish I could have had this trilogy slightly higher in the list. Unfortunately, The Dark Knight Rises simply can’t keep up with the quality of the first two films. As a result it needs to be slightly down-voted.

3. The Lord of the Rings – Trilogy

An epic from start to finish. The Lord of the Rings takes us on a journey to middle earth, as well as a journey to the feels factory for most of its 11 hours, 23 minutes and 59 seconds.

From Gandalf denying entry like he was a Sydney bar security guard after 1:30 am; to Samwise carrying Frodo up a mountain, Lord of the Rings possesses some of the most memorable movie moments you’re ever likely to see.

One thing that’s always struck me about LOTR is its ability to rise and fall through its 3 separate films. It does this without allowing the audience to feel a sense of success or gut-punching torment. It maintains the intensity of the story all the way through its mammoth run time.

I believe I can speak for the rest of the world, in saying that when Iron Man was released in May of 2008, we had no idea what would unfold.

Whether you’re a superhero fan or not, we should all be very grateful that we’ve been able to witness this 12 year story take place. The MCU has put together the longest string of continuous movies (within the same story arc) in the history of Western cinema.

What is so remarkable about the MCU is that every character has their place. For the most part, they’ve been able to tell their individual stories without leaving anyone out or creating plot holes. That’s pretty impressive for a franchise that is now 23 films and counting.

The MCU hasn’t always had anxiety producing intensity, like LOTR or Harry Potter. Nor has it been without it’s slight failures (Thor: The Dark World & Iron Man 3 were pretty bad). It has, however, created and re-created some of the best characters that we’ve seen in cinema, as well as telling one very, very big story for 11 years.

Here it is. The number 1 movie trilogy of all-time.

It won’t come as a massive surprise as it would likely be at the top of almost every ones list.

Also, yes, I’m aware that Star Wars is a saga told across 9 different films, but hear me out.

Considering the amount of time between each of the three separate trilogies, the different actors & directors as well as the development of different movie technologies and writing techniques, I think it is only fair to judge each on their own merit and that’s why the original trilogy sits alone, at the top of this list.

If I were granted wishes, I would go back to 1977 and watch this for the first time. How nice it would have been to be at the dawning of an epic space saga. A saga that would end up prevailing the test of time and still be as popular as ever.

There are many reasons this trilogy worked. It’s too difficult to put into coherent sentences, so here’s a few dot points for you.

One of my favourite aspects of the series is that, unlike many trilogies, it saved it’s best movie to last. This meant that at no point was there any sense of anti-climax.

So there it is, my top 5 trilogies/sagas of all-time. If you agree with my list, please leave a comment below. If you didn’t, I’ve set up a PO box for you to send your correspondence.

May the force be with you.